The next issue of the LEGO® Star Wars magazine is out tomorrow and it includes 51-piece AT-AT Imperial Walker. Inside you’ll find all the usual LEGO Star Wars comics, puzzles and posters. You’ll find the latest issues in shops from July 15th and it will also be available to order direct to your front door from magsdirect.co.uk (issue 61).

This month’s LEGO Star Wars magazine comes with a 51-piece AT-AT Walker for youngsters to build and play with! There are massive posters of a Stormtrooper and Kylo Ren vs Rey; Jedi training and lots of awesome puzzles; galactic noughts and crosses; and cool facts on the awesome Resistance Y-Wing Starfighter, Zorii Bliss. Boba Fett is hunting Chewbacca and Han Solo in the big comic, while Darth Vader could be in big trouble with The Emperor in the amazing second comic.

All this and more in this exciting issue of LEGO Star Wars issue 61, out on Wednesday 15 July. 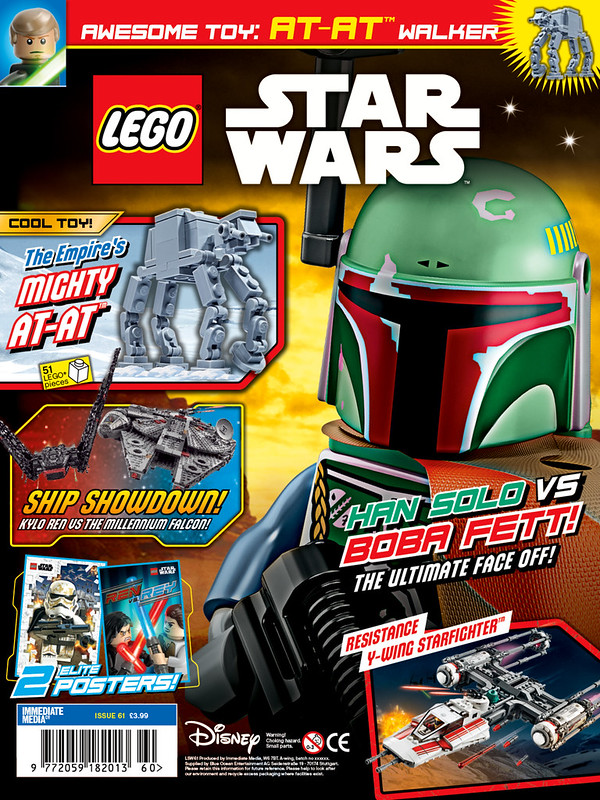