The next issue of the LEGO® Star Wars magazine is on the way and it will come with an awesome 44-piece A-Wing to build! The Emperor sets Darth Vader a surprising test, while Han Solo and Chewie try to outrun a Star Destroyer in the two amazing comics! You’ll also get huge posters of Boba Fett and a Star Destroyer, galactic puzzles and brainteasers, a podracing game, Star Wars door hangers, and epic facts on the amazing Millennium Falcon LEGO set! In shops from June 17th and available to order direct to your front door from magsdirect.co.uk (issue 60). 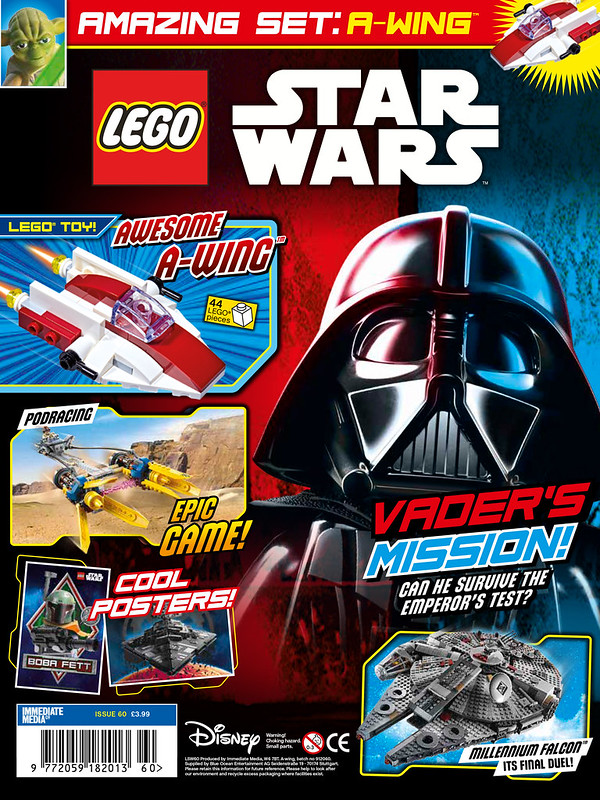