After taking a closer look at the new LEGO® DC Super Heroes Visual Dictionary, we continue to review the Autumn range of LEGO titles from DK Books. Similar to past titles like LEGO Awesome Ideas, The LEGO Ideas Book and 365 Thing to do with LEGO Bricks, the LEGO Star Wars Ideas Book, is filled with inspirational Star Wars-themed things to build with your own bricks. Grab some bricks, engage the hyperdrive and get ready to blast off to an idea-filled galaxy far, far, away, as I take a closer look at the LEGO Star Wars Ideas Book. 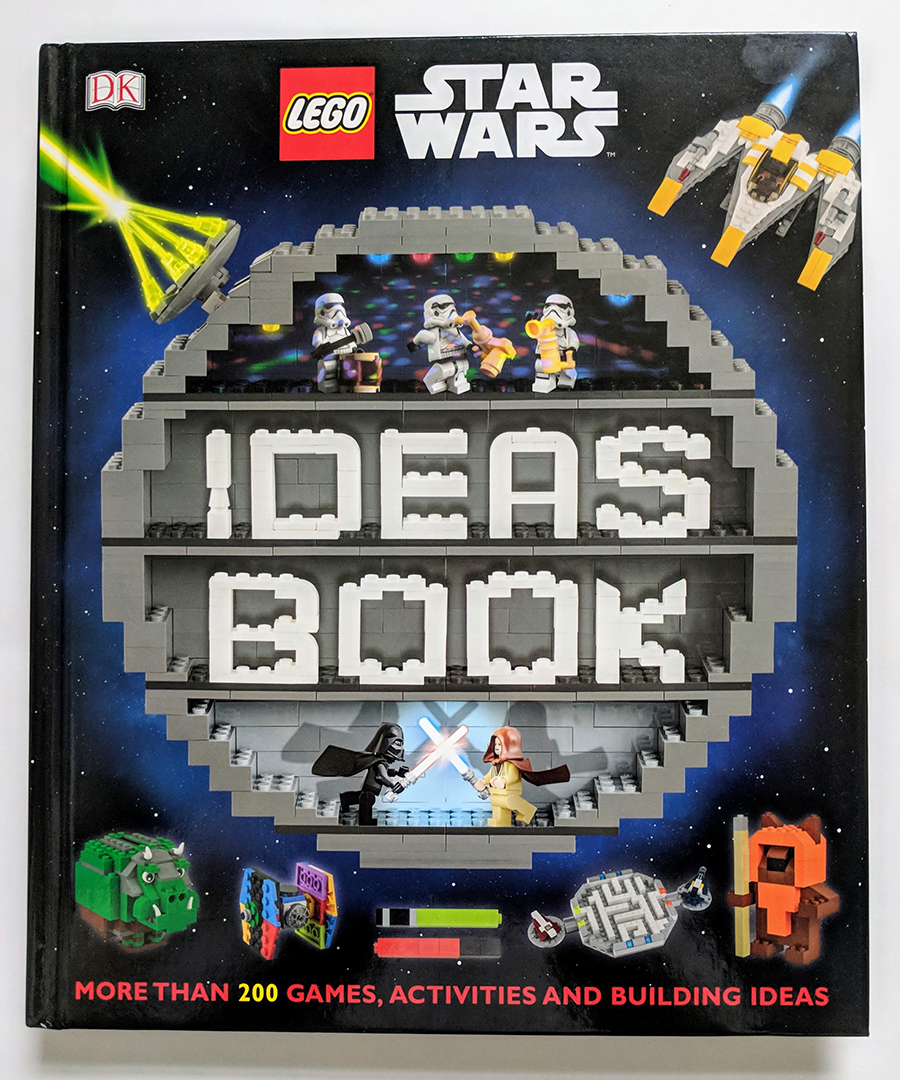 Find a galaxy full of LEGO® Star Wars™ ideas to build – from activities and art, games and challenges, to practical makes and your very own inventions!

LEGO® Star Wars™ Ideas Book features imaginative play and building ideas using your own LEGO brick collection, from LEGO projects that take just a few minutes, to builds to keep you occupied for hours. Set up a game of LEGO Star Wars skittles, create a pencil pot shaped like your favourite Sith or Jedi, build a fleet of tiny TIEs, design Darth Vader’s family tree, and customise a podracer. Challenge a friend to take on a rathtar, mix up your minifigures, stage your favourite movie battle scene with LEGO Star Wars bricks – and much, much more!

LEGO® Star Wars™ Ideas Book is packed with a family friendly range of activities to inspire every LEGO Star Wars fan. What will you build? 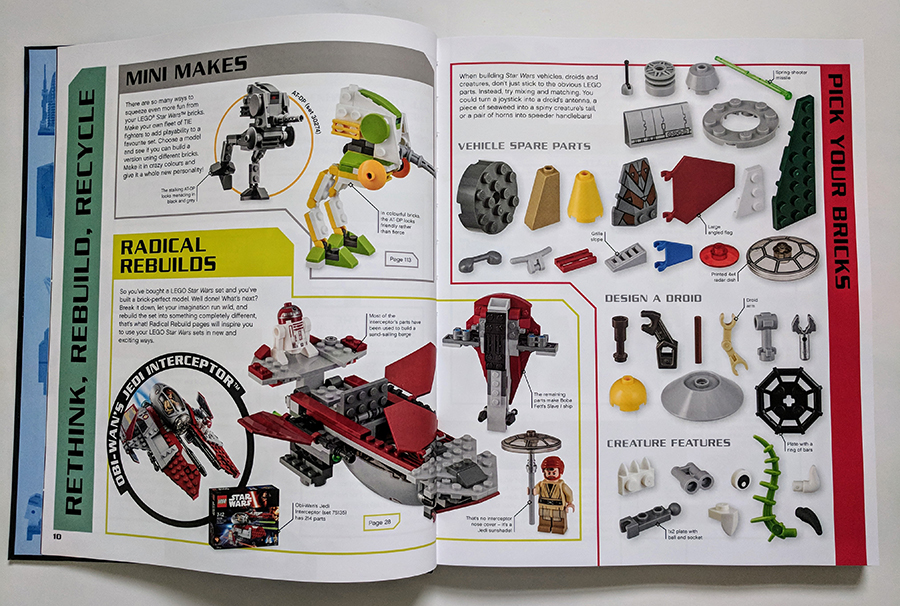 You may have seen the term MOC used within the LEGO community, those three little letter simply mean – My Own Creation. A term used to describe LEGO creations made without instructions. They can be as tiny as a minibuild or a huge as a vast cityscale, but the term has become an important element of the LEGO community. It’s also a term best used to describe many of the builds featured in the LEGO Star Wars Ideas Book. This isn’t a book filled with step-by-step instructions of lists of pieces you’ll need, instead it’s an inspirational guide to help you build something different with your collection of LEGO bricks. As the book puts it – Rethink, Rebuild and Recycle, something kids have been doing with LEGO bricks for last 60 years. There is a little help to be found within the book, certain elements are highlighted and there are also builder tips, both of which compliment the books extensive photography. A new addition to the ‘inspirational ideas’ format are the Radical Rebuilds sections. These use the elements from currently available LEGO Star Wars sets to create completely new builds. One of the main issues I’ve noticed with other similar books, is that people what to know where to get the bricks to builds certain things. So these particular sections are a great way to get those unfamiliar with creating MOCs to be able to unleash their inner Master Builder and build in a completely new way – a pile of bricks, no instructions and a little creative flare. 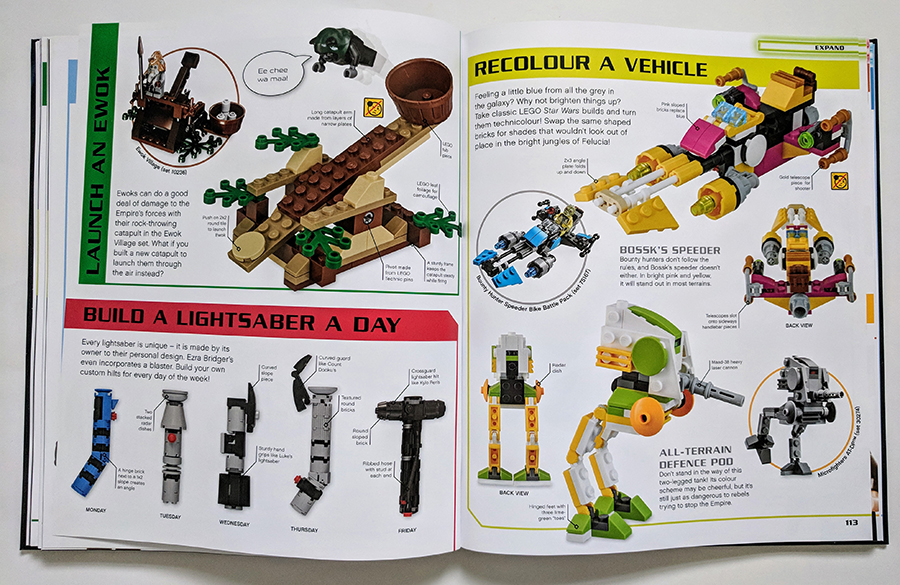 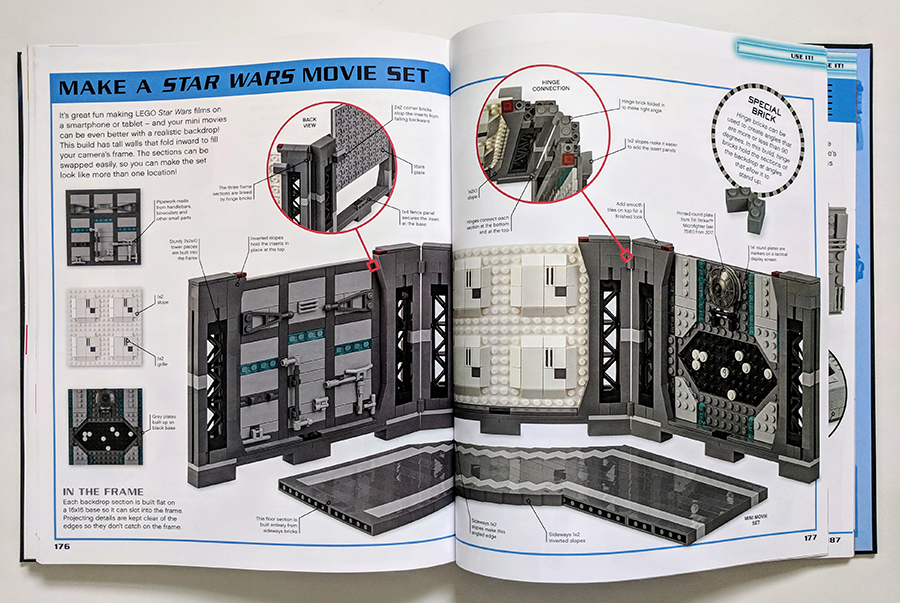 Inspirational build ideas range from simple to a little more advanced, meaning there is something for all levels of build experience in the book. As mentioned above, those who maybe do not have a great experience of building with LEGO beyond sets, may find the book a little intimidating, but the creations featured are meant to be a inspirational guide. I agree it can be a little tricky to reverse engineer some of the creations, but that’s the fun of building with LEGO. 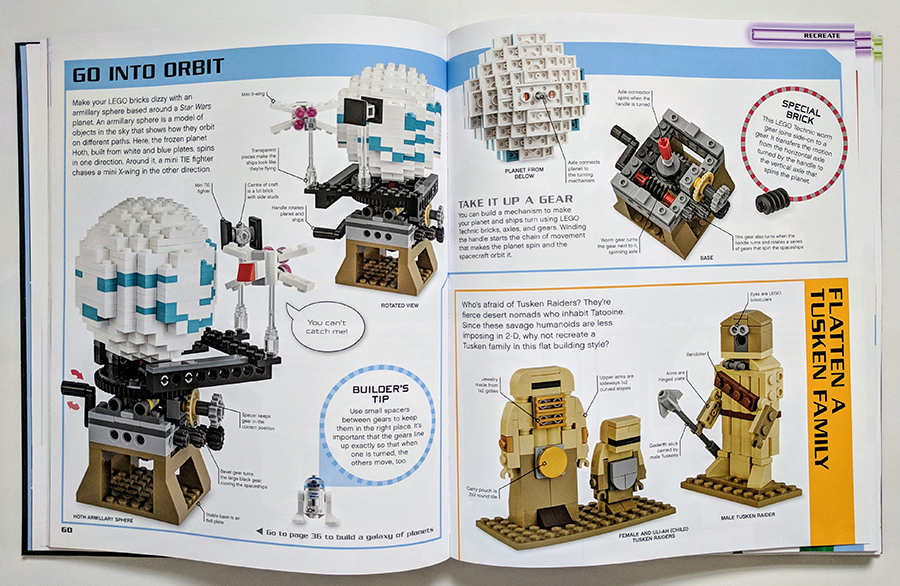 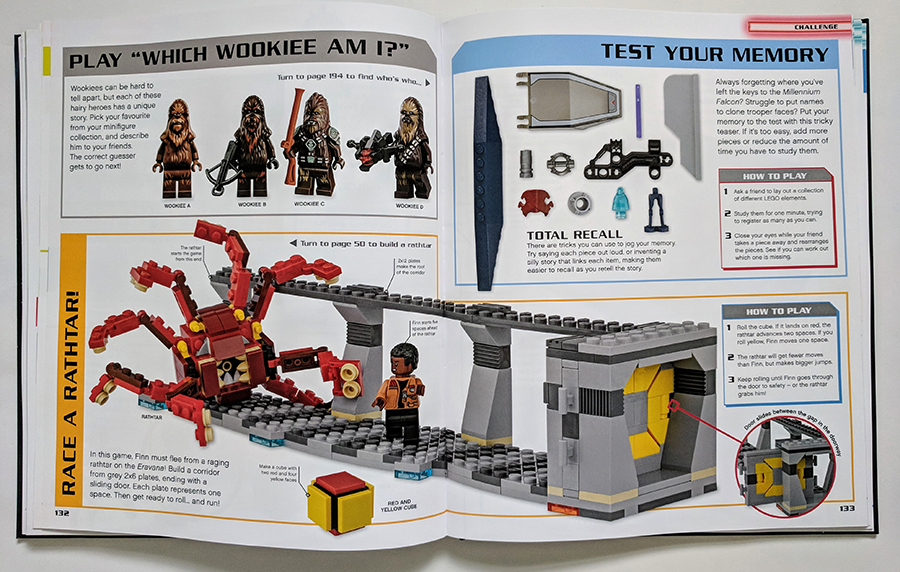 The Star Wars universe is filled with a vast mix of characters, crafts and locations which have never been included in LEGO sets. So a book like this is a great way to build things which may never appear in LEGO sets. The new sections of the book like Radical Rebuilds and Mini Makes are a great way to get ease those who may not be comfortable with building without instructions. I particularly like the idea of recreating minibuilds using similar parts in crazy colours. I also like the spread of builds from simple little models, to large-scale props, scenes and games. Sure the book could include a handful of LEGO bricks or a minifigure, but it’s not that sort of book. Instead it’s a guide to help you build something different, something unique, something Star Wars.