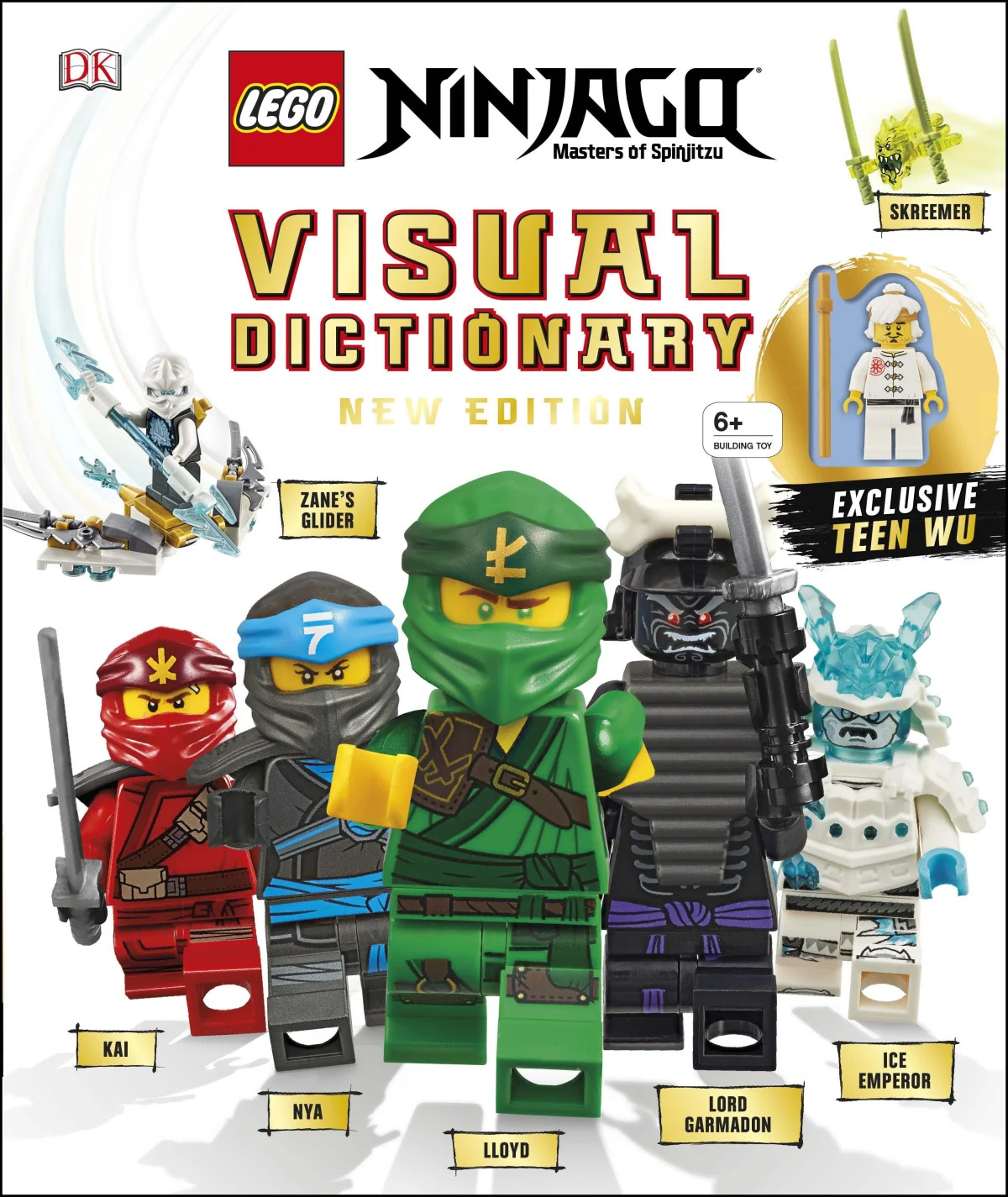 Spin through the LEGO® NINJAGO® world with this fascinating visual guide. Discover NINJAGO City with Lloyd, Kai, Cole, Jay and Nya and meet their dragons and foes, including the Vermillion and Sons of Garmadon. Explore the amazing sets, vehicles, mechs and weapons. Look around the S.O.G. headquarters, examine the awesome Ninja Nightcrawler and Destiny’s Bounty, and learn all about the art of Spinjitzu. 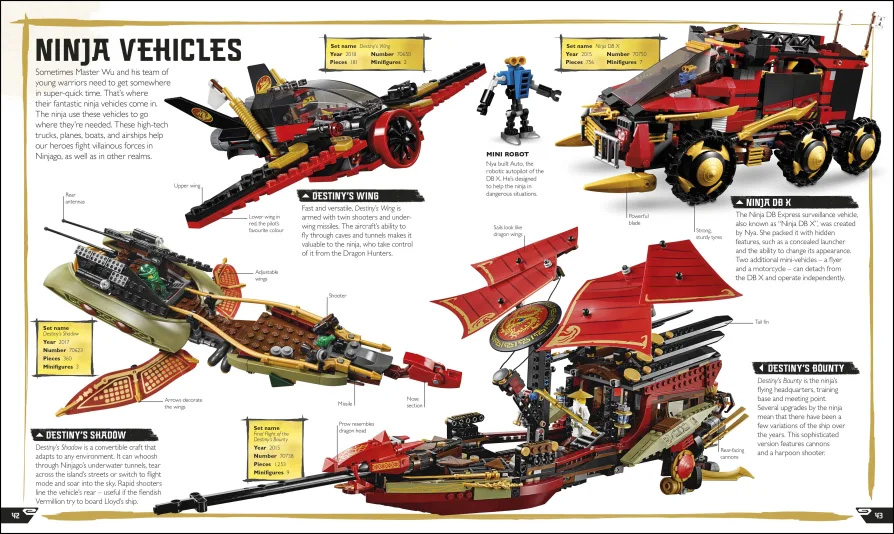 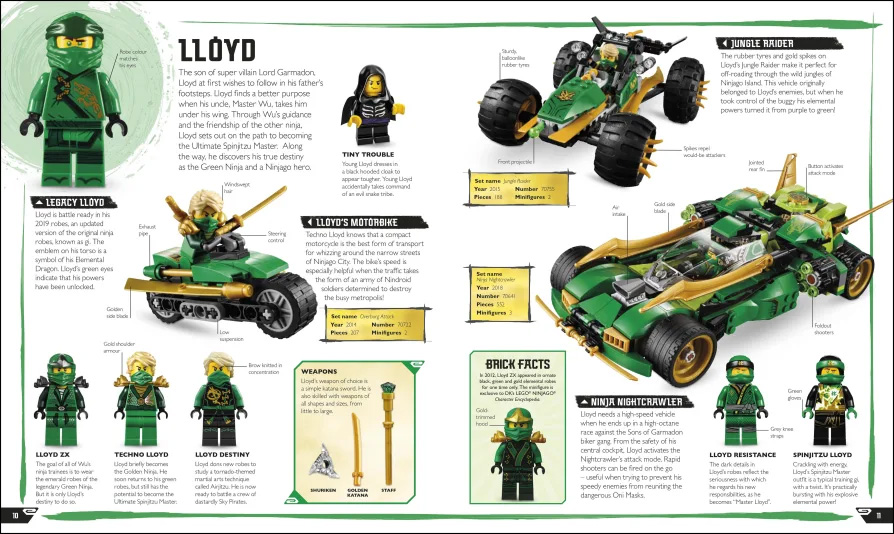 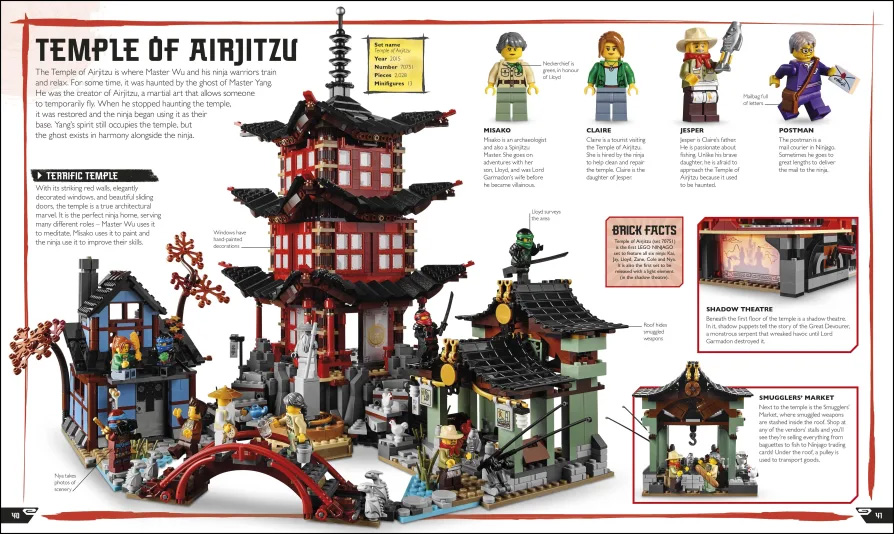