Comic-Con is over but the fun continues as LEGO® have released the trailer for LEGO NINJAGO: Masters of Spinjitzu Season 8 – Sons of Garmadon. The trailer begins with a gang of Kabuki-masked tagged biker helmet wearing ‘ninja’ who have the same colour scheme as the Masters of Spinjitzu, travelling through NINAJGO City. After stealing a mask from a private collection, they are confronted by Lloyd, who now look a little more like his The LEGO NINJAGO Movie version, however despite the similar look the TV show still remains it’s own thing. Enjoy the trailer below which actually has the sound now unlike the YouTube version.

There has also been an statement released by Tommy Andreasen, who not only works on the animated TV series but also the LEGO NINJAGO toyline. Hopefully this will clear up some of the fan concerns regarding LEGO NINAJGO Masters of Spinjitzu: Sons of Garmadon. 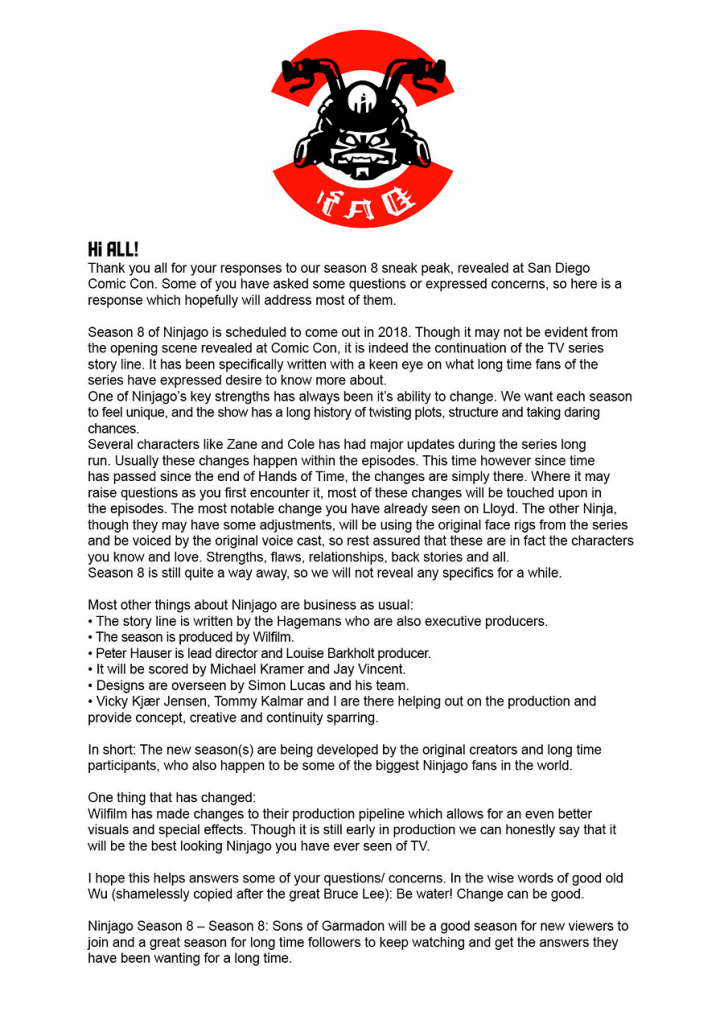