The land of LEGO® MYTHICA is set to expand later this month with a new Magical Forest. The Magical Forest is an enchanting new and self-guided walk-through experience, that will invite visitors to adventure deep into the heart of LEGO MYTHICA: World of Mythical Creatures to come face to face with a myriad of creatures that populate the mythical realm, from Crystal Claw Crabs and Flower Horn Rhinos to Baby Lava Dragons and Venus Fly Traps – all built from LEGO bricks.

The immersive experience will be a new chapter in the story of LEGO MYTHICA the multi-million-pound land that launched in May last year. LEGO MYTHICA’s Magical Forest is set to open on April 30th. 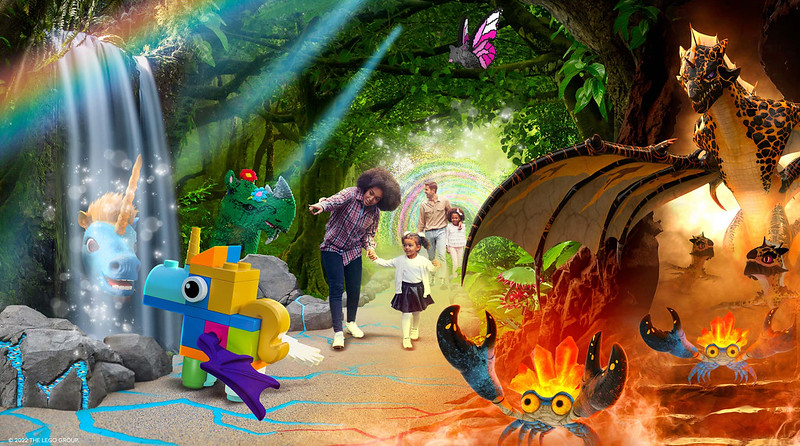 April 2022: The LEGOLAND® Windsor Resort has today announced a new chapter in the story of LEGO® MYTHICA: World of Mythical Creatures, with the arrival of an enchanting new and self-guided walk-through experience The Magical Forest.

Opening for the first time on Saturday 30th April, The Magical Forest is an immersive experience inviting kids and their parents into the very heart of LEGO MYTHICA, a world fuelled by children’s imaginations where weird and wonderful creatures built out of tens of thousands of LEGO® bricks are brought to life.

Families will set off on an intrepid adventure and come face to face with a myriad of creatures that populate the mythical realm, from Crystal Claw Crabs and Flower Horn Rhinos to Baby Lava Dragons and Venus Fly Traps.

The fantastic fun doesn’t stop there with awesome Augmented Reality (AR) opportunities for adventurers too. Families can experience the awesome Bits and Bobs coming to life before their very eyes, as well as a Venus Fly Trap game.

Perfect for little ones, budding explorers will be pleased to hear that there is plenty to be discovered amongst LEGO MYTHICA’s fantastic fauna. After making their way through The Magical Forest and all its wonders, explorers will enter the mysterious Lava Dragon’s cave, which will swoop and sail over their heads leaving kids and their parents in awe. 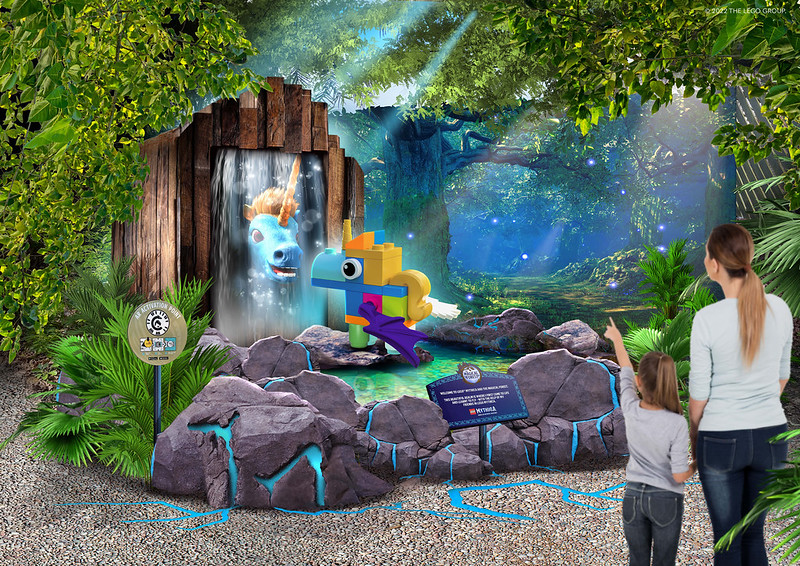 “Kids and their parents will be able to explore this enchanting walk-through experience filled with an abundance of amazing mythical creatures built out of LEGO bricks. We can’t wait to welcome families once again to this epic land which received 5-star reviews last year and is the perfect place for families to build memories together and let their imaginations run wild.”

The Magical Forest is the first new attraction to be unveiled at LEGO MYTHICA, since the multi-million-pound land opened at the Resort in May last year.

LEGO MYTHICA: World of Mythical Creatures also features the UK’s first ever flying theatre ride, Flight of The Sky Lion, which takes guests on a mind-blowing 4D film adventure on board a flying gondola where they soar, swoop and dive with guardian Maximus on an amazing adventure through the epic world.

The land which is full of epic adventures waiting to be discovered also includes the Fire and Ice Freefall drop tower ride and the exhilarating water ride, Hydra’s Challenge.

Day tickets start from £29 per person, kids under 90cm go free. Make a weekend of it by booking an overnight stay at the LEGOLAND Windsor Resort Hotel or the LEGOLAND Castle Hotel with prices starting from £341* for a family of four. To book visit www.legoland.co.uk