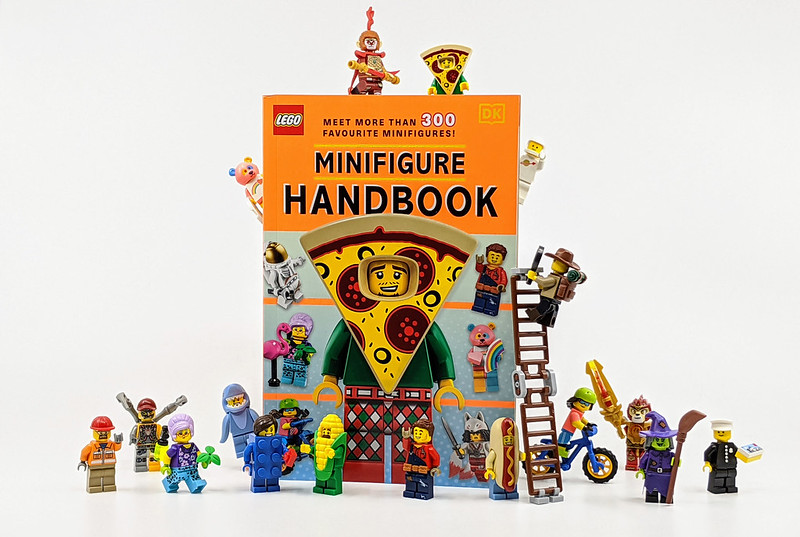 Meet the coolest LEGO® Minifigures ever!

The strange, the spooky, and the silly – all of your favourite LEGO® minifigures are here. Go back in time with retro minifigures from the LEGO archives. Meet new characters from fun LEGO themes, including LEGO® NINJAGO®, LEGO® City, and LEGO® Collectible Minifigures. Your guide to more than 300 awesome minifigures! 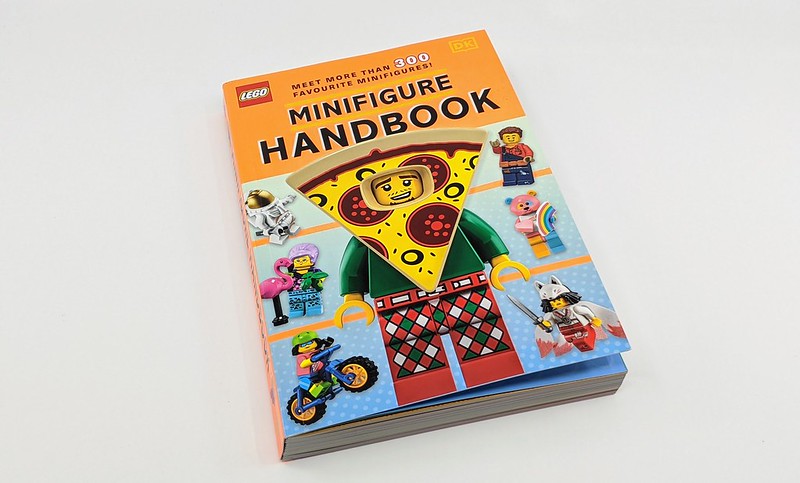 Each page of the book is dedicated to a single Minifigure, although others, which are connected to them, are featured in smaller boxouts. As well as images of the featured Minifigure character, the page also featured additional information about them. These include various facts about the Minifigures, a stat box which highlights their first appearance, year of release and theme. There is also a rarity scale between 1 to 5, for example, Jack from the Hidden Side theme is rated a 1, whereas Mr Gold is unsurprisingly rated at a 5. Although the Minifigures are split across 10 chapters, you can also locate characters using one of two indexes. One splits them down by name and the other by theme. 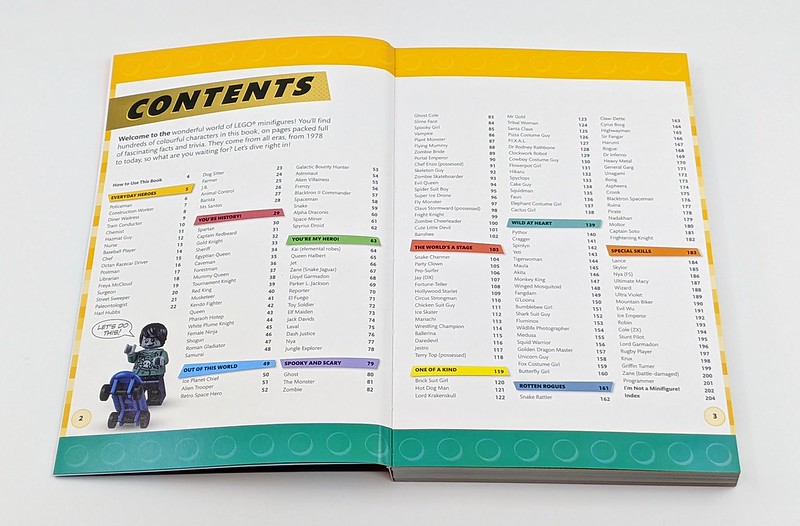 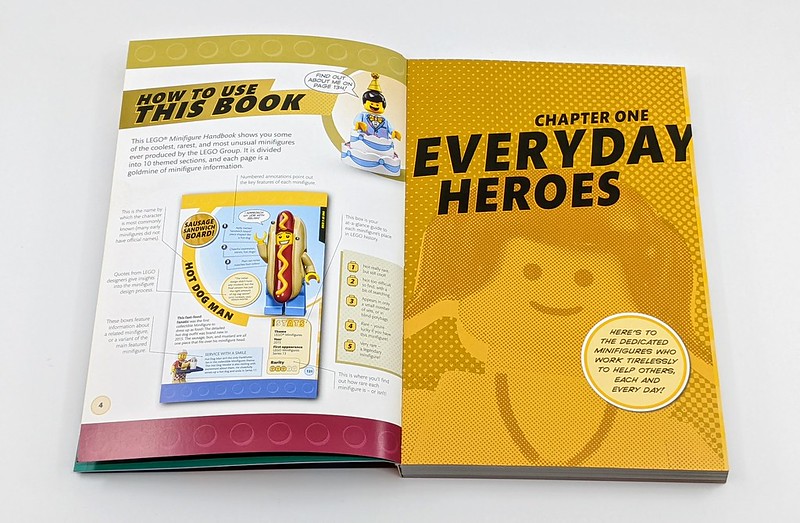 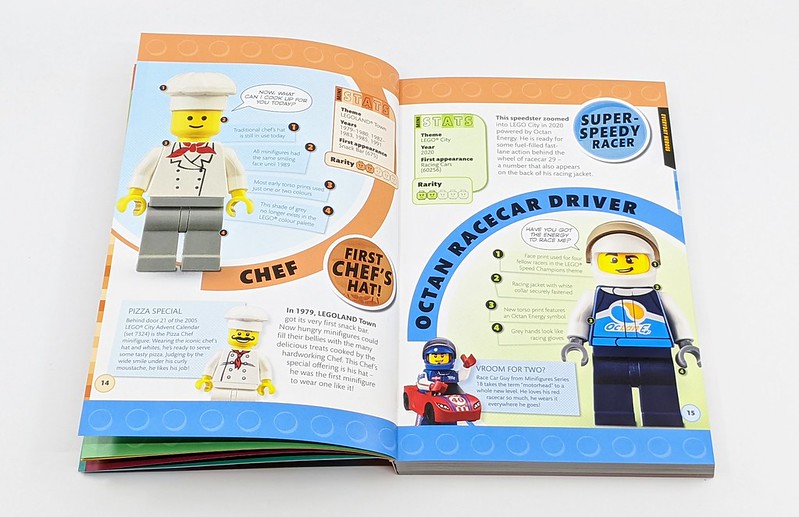 One of the more interesting aspects featured on some pages is behind-the-scenes facts, these range from a short quote from a LEGO Designer or concept artwork. There are also Easter Egg highlighters, which point out fun little details found on the character. I find these sort of aspects of the LEGO books the most interesting and would love DK to either expand of these in future books or better still create a book which solely focuses on the creation of LEGO Minifigures, from concepts to the final products. I’m sure fellow AFOLs would also enjoy a more in-depth look at LEGO Minifigure creation. The book solely focuses on original LEGO characters, so there are numerous Minifigures from the various collectible series, along with original story themes such as NINJAGO, Legends of Chima, Hidden Side and many more. 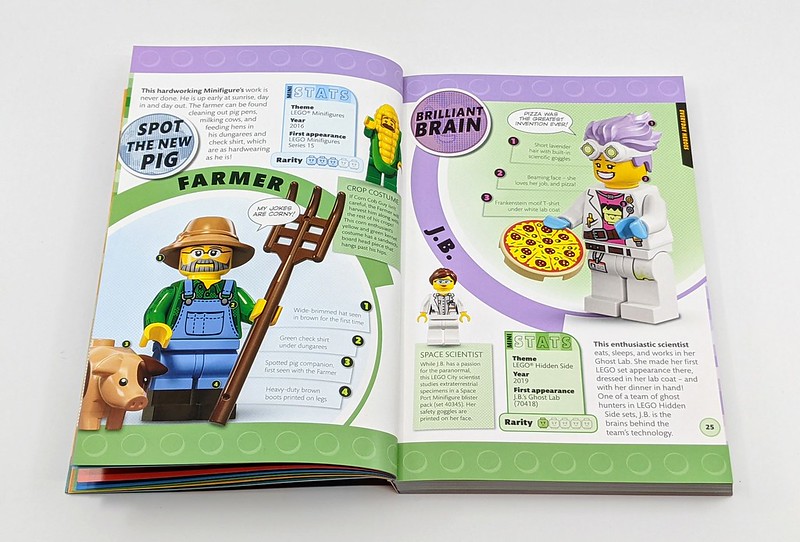 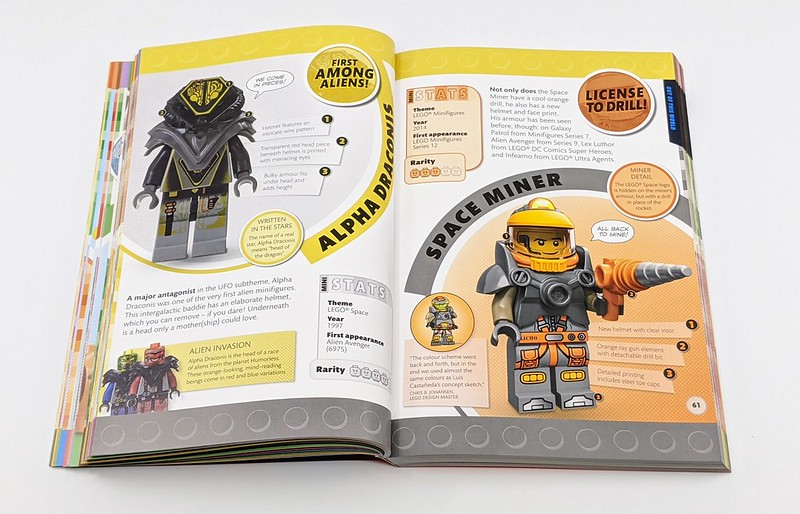 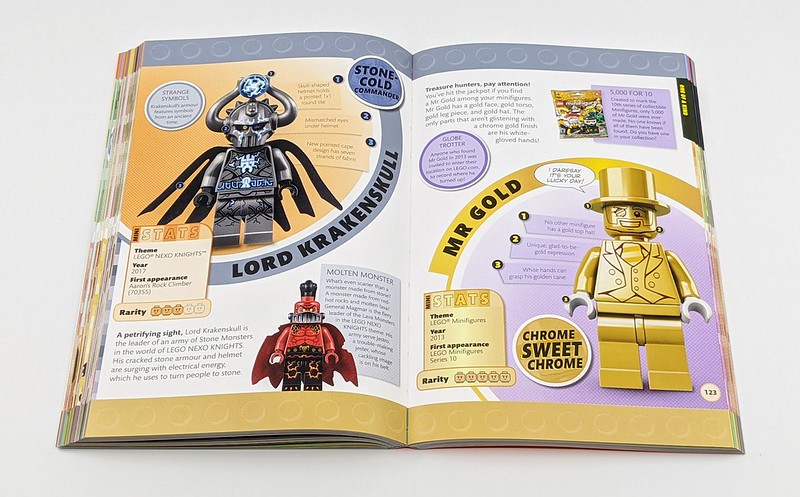 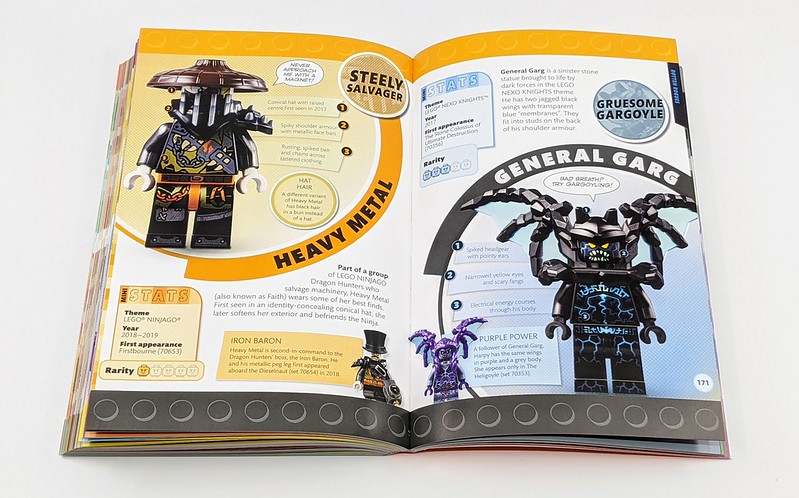 If I’m entirely honest, I was expected very little from the book, so I was rather surprised to find out interesting it was. Although much of the content in the book has been previously published in the I Love That Minifigure from 2015, it’s been updated to include many more characters released since then. I love all the snippets of information dotted across the book and as mentioned above, I would have liked much more of this. It’s a little disappointing that the book doesn’t include an exclusive Minifigure, especially since its the previous incarnation did. Hopefully, the upcoming LEGO Minifigure A Visual History book will provide a far more interesting title from older LEGO facts. Still, I was surprised by the book and found it an informative read. The LEGO Minifigure Handbook is available now in both physical and digital editions. Due to the lack of any physical LEGO elements with the book, it’s the perfect title to read in digital form.