The hit UK TV show LEGO® MASTERS is heading to the America. The show which pits pairs of amateur builders against each other to be crowned LEGO Masters has been a huge success in the UK, with the second series of the show ending just before Christmas and a third series on the way. It’s also graced German TV screens in 2018 and filmed a series for Australian TV. The US versions will be produced by Endemol Shine North America and UK-based independent production company Tuesday’s Child, as well as Brad Pitt’s production company, Plan B Entertainment. As with other versions of the show, the LEGO Group will also be heavily involved. Details on how LEGO MASTERS will be showed in the U.S. and how protential builders can apply are yet to be revealed, but stay tuned for details once we have them. 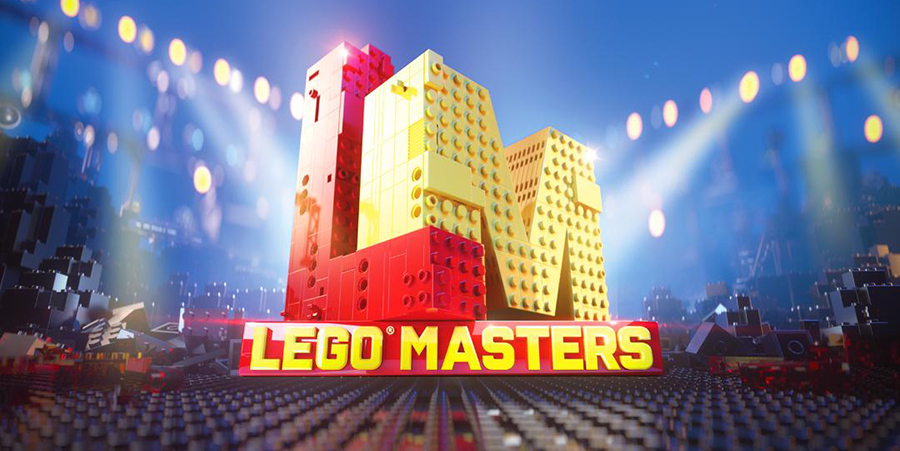 The production companies are set to start conversations with potential American-based platforms later this month.

Originally created by Tuesday’s Child, “LEGO MASTERS” first launched on Channel 4 in the U.K. in 2017, quickly becoming the network’s highest-rated new series, nearly doubling its primetime average with young adults. Since then, “LEGO MASTERS” was renewed by Channel 4 and local versions of the successful format have begun launching around the world.

“This is a project that I am truly passionate about, as LEGO bricks have played an instrumental role in my family’s life,” stated Sharon Levy, President, Unscripted & Scripted Television, Endemol Shine North America. “We are thrilled to be bringing ‘LEGO MASTERS’ to the U.S. market with the original producers at Tuesday’s Child and the team at Plan B Entertainment.”

Tuesday’s Child Managing Director Karen Smith stated, “It’s awesome to team up with Plan B and Endemol Shine North America to bring ‘LEGO MASTERS’ to the States. It’s a format filled with wonder, emotion, drama and loads of smashing bricks. The competitors excel in story-telling, engineering artistry, ingenuity and genuinely thinking outside the box. It’s a new talent show, but no-one sings or dances, unless they’re barefoot and stand on a brick…’

Jill Wilfert, Vice President, Licensing & Entertainment, the LEGO Group says; “We are pleased viewers in the UK and Germany have enjoyed LEGO MASTERS, and believe it will delight people of all ages around the world. The series celebrates creativity and the endless possibilities of the LEGO brick, not to mention the fun families and friends have when they build together.”

“We are so thrilled to be a part of the team bringing ‘LEGO MASTERS’ and this exciting new format to the States,” said the production team at Plan B Entertainment.

“LEGO MASTERS” pits enthusiasts in a competition that starts with a single LEGO brick and infinite possibilities and concludes with mind-blowing builds that will surely both inspire legions of loyal LEGO followers and capture the imagination of new fans.

About Tuesday’s Child
Tuesday’s Child Television is a UK-based independent production company specialising in entertainment and popular factual. It was launched in September 2012 by Karen Smith who was former Shine TV joint MD (The Magicians, Gladiators, Got to Dance, The Biggest Loser, Strictly Come Dancing).

Tuesday’s Child are the format creators of LEGO MASTERS and currently in production with a new peak BBC One music quiz, The Hit List and Channel 4 rig format, The Drugs Cafe both due to air in peak in early 2019. They have also created and produced the primetime BBC One Entertainment series, Pitch Battle with Kelis and the music director of the Pitch Perfect franchise , the award winning You’re Back in the Room for ITV1 ( the format has also been made in numerous other international territories) For What It’s Worth, hosted by Fern Britton for BBC One, Britain’s Biggest Superyachts: Chasing Perfection for BBC Two and RTS-nominated Superstar Dogs, hosted by John Barrowman for Channel 4

About Plan B Entertainment
Founded in 2002 and headed by Brad Pitt and co-presidents Dede Gardner and Jeremy Kleiner, Plan B Entertainment is a film and television production company that has been established with many acclaimed titles. What sets them apart is their commitment to protecting narrative and giving filmmakers the freedom to take creative risks. The result has been a memorable run of characters and stories that are emotionally and socially compelling. Their titles include: THE TREE OF LIFE, WORLD WAR Z, 12 YEARS A SLAVE, THE NORMAL HEART, SELMA, THE BIG SHORT, and MOONLIGHT.  Most recently, the company released the Golden Globe-nominated BEAUTIFUL BOY, IF BEALE STREET COULD TALK, and VICE.

Looking ahead, Plan B will continue working with auteurs such as Andrew Dominik, James Gray, David Michôd, Barry Jenkins, and Ryan Murphy, and they plan to deliver characteristically unique and uplifting work not only through theatrical screens, but also through collaborations with outlets such as Netflix, Amazon, STARZ, FX, and HBO.

About The LEGO Group
The LEGO Group is a privately held, family-owned company with headquarters in Billund, Denmark, and main offices in Enfield, USA, London, UK. Shanghai, China, and Singapore. Founded in 1932 by Ole Kirk Kristiansen, and based on the iconic LEGO brick, it is one of the world’s leading manufacturers of play materials. Guided by the company spirit: “Only the best is good enough”, the company is committed to the development of children and aims to inspire and develop the builders of tomorrow through creative play and learning. LEGO products are sold worldwide and can be virtually explored at www.LEGO.com.

LEGO, its logo, the Minifigure and the brick and knob configuration are trademarks of the LEGO Group. ©2019 The LEGO Group. Used with permission.