Now the LEGO® Marvel Super Heroes has arrived on Nintendo Switch, it’s the perfect time to revisit this beloved LEGO adventure from TT Games. It was first launched in October 2013, where it straddled generations, appearing on both PlayStation 3 and 4, Xbox 360 and Xbox One, as well as PC and Mac. A separate version of the game also arrived on Nintendo DS the following year before also being released on Android and iOS. Now it’s also available for Switch, this makes it the most widely released of any LEGO title. But what does the Switch version bring to the table? Here’s my review of LEGO Marvel Super Heroes for Nintendo Switch. 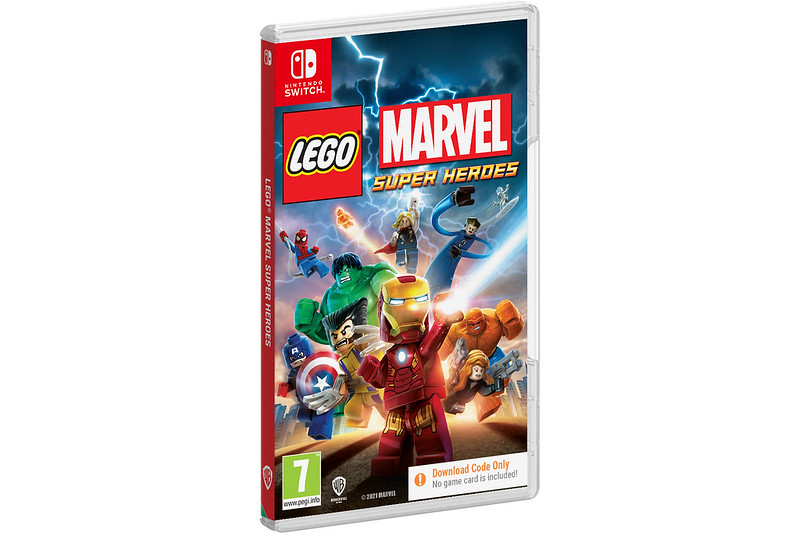 Featuring an original story crossing the entire Marvel Universe and filled with classic LEGO videogame adventure and humour, players take on the role of their favourite Marvel Super Heroes as they unite to stop a host of villains from destroying the world. Players will smash, swing and fly through the Marvel Universe as they travel to iconic locations, such as Stark Tower, the X-Mansion, Asteroid M, and Asgard. Players will unlock more than 100 playable characters from across the Marvel Universe, including fan favourites like Black Widow, Loki, Spider-Man, Nick Fury, Iron Man, Wolverine, Captain America, Hulk, Thor, Hawkeye, Deadpool, and Galactus!

After the Devourer of Worlds, Galactus has finished chomping on the title sequence logos he informs the Silver Surfer he’s still peckish and so begins the LEGO Marvel Super Heroes story. Which drops you into the middle of the action, where you take control of the Incredible Hulk and Iron Man. The Avengers have returned to New York to take on the evil might of Sandman and The Abomination as they cause chaos in Grand Central Station. 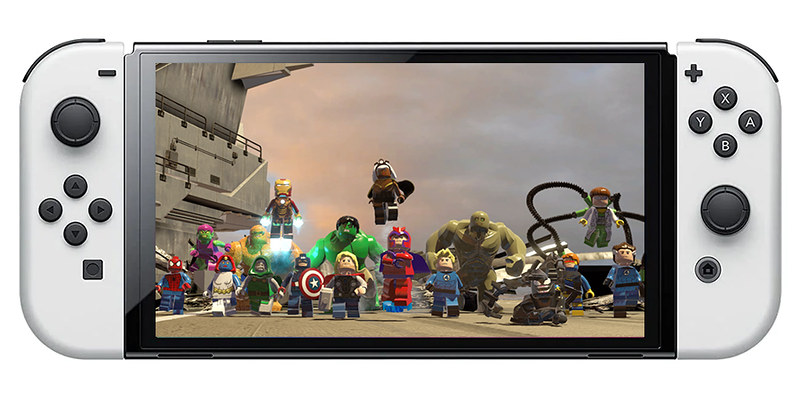 The basic gameplay is very much like previous LEGO Games, but over the years TT Games have refined it to offer a better play experience. Character animation is a thing of beauty, from the way The Hulk angrily tosses bad guys around or kicks them into the distance to the way Iron Man lands, the level of detail and love that’s been put into just these two characters extends to the over 150 Marvel characters to unlock in the game. With the game being one of the first to hit what would have been ‘next gen’ back in 2013, visual details were also refined, making LEGO Marvel Super Heroes a much more visually populated game, which is easily handled by the Switch. So there are LEGO bricks flying around like there’s no tomorrow. This extra detail doesn’t add anything to gameplay but looks fantastic. 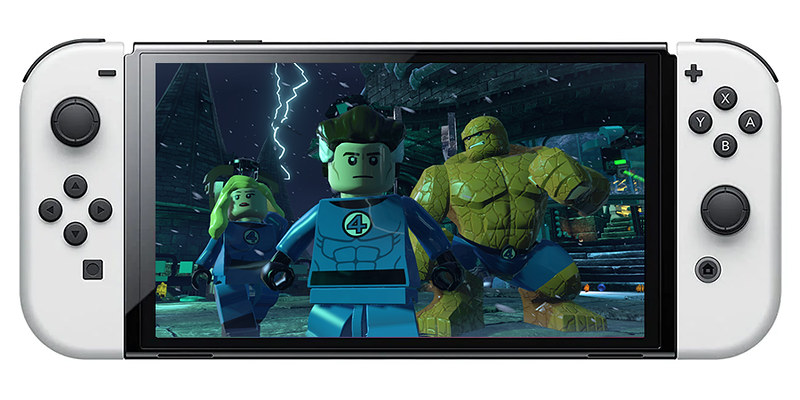 After a brief battle with The Abomination, the mighty Avengers duo faces off in a boss battle with Sandman. Before hooking up with your friendly neighbourhood Spider-Man, after which the game fully opens up to reveal the huge Helicarrier hub, floating above an even bigger hub based on New York. TT Games have been able to cherry-pick all the good bits from the Marvel comics, movies and TV shows to create a fan-pleasing alternate Marvel universe. Many of the characters are based on the early appearances in LEGO sets, with others inspired by classic comic book takes. Many of the voice actors from the animated Marvel shows have voiced their Minifigure counterparts with Agents of S.H.I.E.L.D’s Clarke Greg reprising his role of Avengers mentor Phil Coulson. 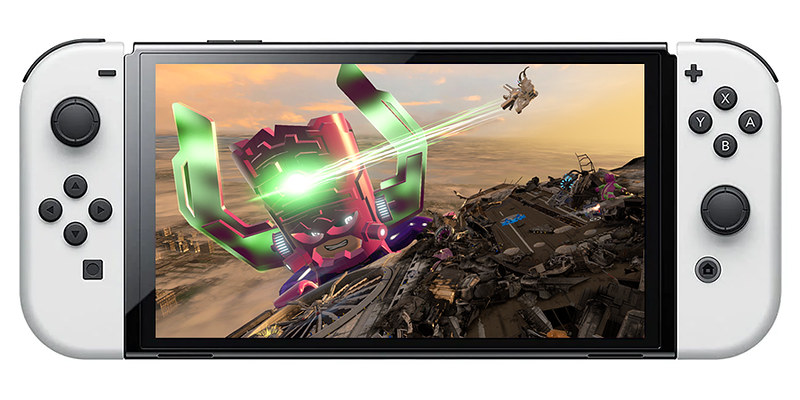 The Switch version doesn’t offer anything new or unique apart from allowing you to play it on a handheld. In handheld mode, it looks great and up there with any of the recently released Switch games. Even more so if you have the new OLED console. Plus the Switch version includes the DLC packs at no extra cost, which boosts your character count to include characters from the world of Thor and beyond. 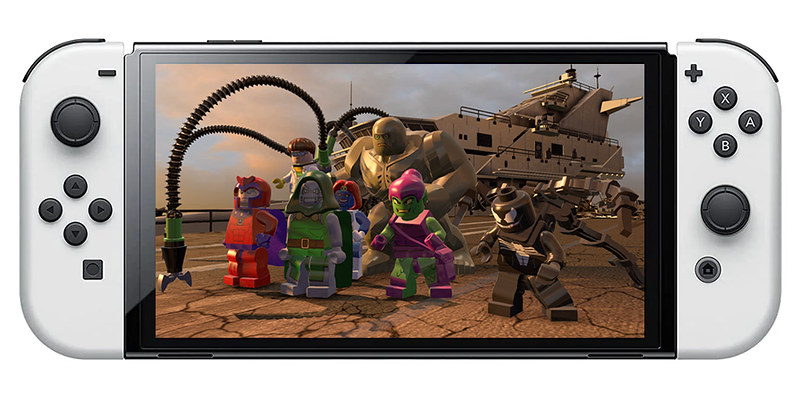 Thanks to Warner Bros. Games for supplying us with a free copy of the game to review. The thoughts expressed within this review of that of BricksFanz and not of Disney, Warner Media, TT Games, or the LEGO Group.