As Black Panther leaps into cinemas today, T’Challa and chums also arrives in LEGO® Marvel Super Heroes 2, with the latest DLC content is now available. Download the Panther Level and Character Pack to get access to a new level and characters inspired by Marvel Studios’ Black Panther. Set within the Kingdom of Wakanda, you take the legendary Wakandan Super Hero and his sister Shuri on a dangerous mission within the darkest depths of their homeland, battling mutated creatures and arch-nemesis Erik Killmonger’s vicious army. If you already own the LEGO Marvel Super Heroes 2 Season Pass, you can download this new pack for free or it can be purchased separately for around £2.60. New characters included in this DLC are: 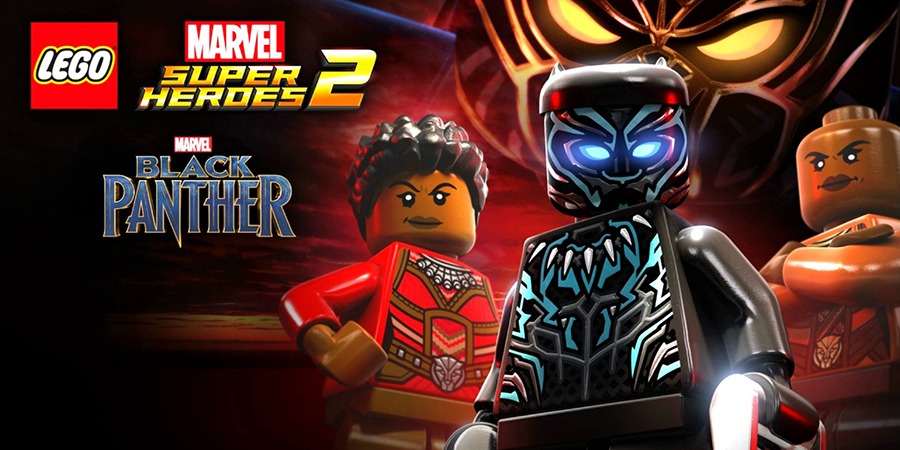 As well as a new level to play through and characters to unlock, the Black Panther DLC also includes five new achievements/Trophies to earn. These include: