It’s all change for the LEGO Magazine range this year, with the LEGO NINJAGO, NEXO KNIGHTS and Friends titles all being rebranded to align with the new range of LEGO Sets now available. This means all new comic strips, posters and LEGO gifts, featuring the newly redesigned LEGO Friends girls, NINJAGO ninja and the Tech Infected NEXO KNIGHTS. Plus the popular LEGO City magazine also includes a Mountain Ranger minifigure from the new Mountain Police sets. As usual each magazine includes comics, puzzles, posters and competitions, which this mouth are offering some pretty cool prizes including LEGO books from DK, plus new LEGO sets. And of course there’s a handful of new LEGO freebies this month, all of which you can see below.

The LEGO Magazine range can be found in WHSmith, Asda, TESCO, Morrison’s and Sainsbury’s stores. You can also have them delivered worldwide here. Next Months LEGO Specials is all about LEGO City again, this will include a Mining Expert minifigure and accessories and will be published on February 28th. The next LEGO Comics Special will be published on February 17th 2018. Please note all publication dates are subject to change. As always thanks to Immediate Media for sending us copies of the LEGO Magazine range. 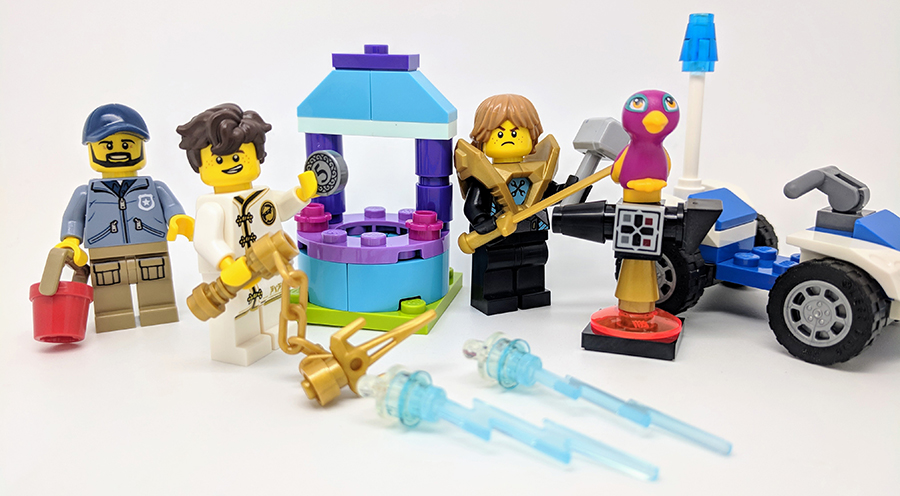