Towards the end of last year an animated two-part LEGO® Jurassic World mini-movie aired on NBC and CiTV. The Secret Exhibit is a prequel to the original Jurassic World movie and features Owen, Claire and a dinosaur or two. If you happened to miss it on TV, you can now pre-order the full special on DVD. The Secret Exhibit is part of an ongoing partnership between LEGO and Universal Brand Development, which has seen a range of LEGO playsets, BrickHeadz and branded products. This will continue into 2019 with new LEGO sets including a large D2C set, possibly based on the original Jurassic Park movie. Pre-order now from Amazon.

With the grand opening of Jurassic World’s new super-secret dinosaur exhibit just days away, only one thing is missing – the dinosaurs! In order to get the job done, Simon Masrani enlists his newly-hired assistant, Claire Dearing, to ensure the new attraction opens on time…or else. Unfortunately, Owen Grady, the animal behaviorist Claire hired to deliver the dinosaurs, is late. From a runaway Gyrosphere, hang gliding with a Pteranodon, to a high-speed game of chicken with a T-Rex, Owen’s mission turns out to be far more difficult than anyone could have imagined. It’s the very beginning of Claire and Owen’s epic adventure, in LEGO® Jurassic World: The Secret Exhibit. 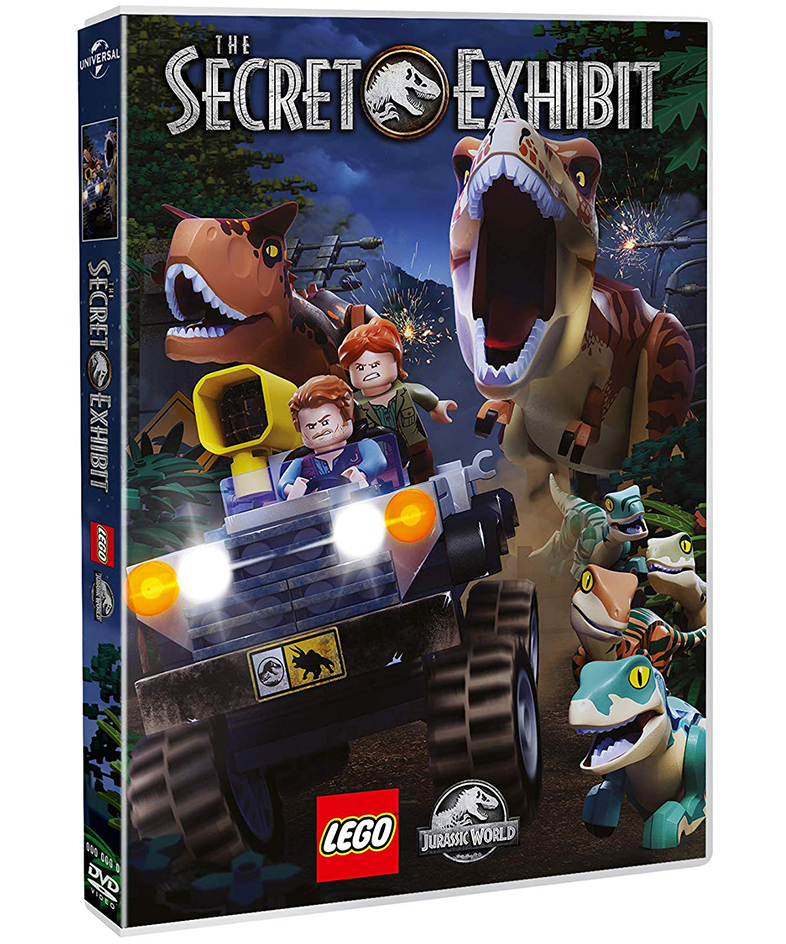