The huge new LEGO® Jurassic Park set is now available early for LEGO VIP members. The 3,120 piece set has caused quite the stir since it’s revealed last week. The set is based on the original Jurassic Park movie and features the iconic park gates and a brick-built dinosaur. There are also six Minifigures based on the characters from the movie, they can be displayed on a buildable base or inserted into little vignettes built into the rear of the gates. These depict iconic moments from the 1993 classic. The set can be purchased from today exclusively for LEGO VIP members, both in LEGO Brand Stores or online (make sure you are signed into your LEGO account). Welcome to LEGO Jurassic Park. 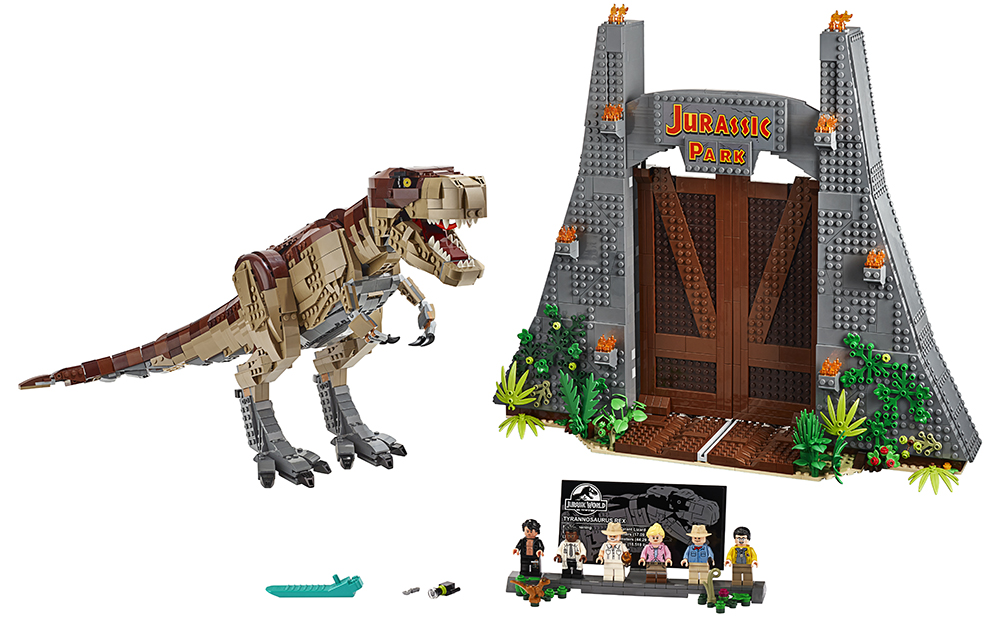