This week is Mental Health Awareness Week and it’s a perfect opportunity to talk more about something that affects many people. It’s been a part of my life for a while, I won’t go into details but over the last few years various events have nearly destroyed me and I’ve been taken to some really dark places, but thanks to a little plastic brick, I’ve just about kept it together. LEGO® has become far more than a simple toy or hobby for me, it’s kept me going during those really dark times and the same can be said about this very site. Little did I know when I first started writing for another LEGO news sey, many years ago, I would start my own site, lose access to all my work, start that site up again. Or that LEGO would like what I do enough to become a LEGO Ambassador, something I’m extremely proud of and feel honored to do. I post a new article everyday without fail, that are hopefully enjoyed by a few people around the world. I pour a lot of time and effort into my work on BricksFanz, partly as a distraction but mainly to share my love of LEGO with other LEGO fans. I admit it can be a struggle at times and there are days it’s feels like a burden. However LEGO and BricksFanz has quite literally become a major part of my everyday life, it’s opened many avenues and most importantly given me a sort of escape. 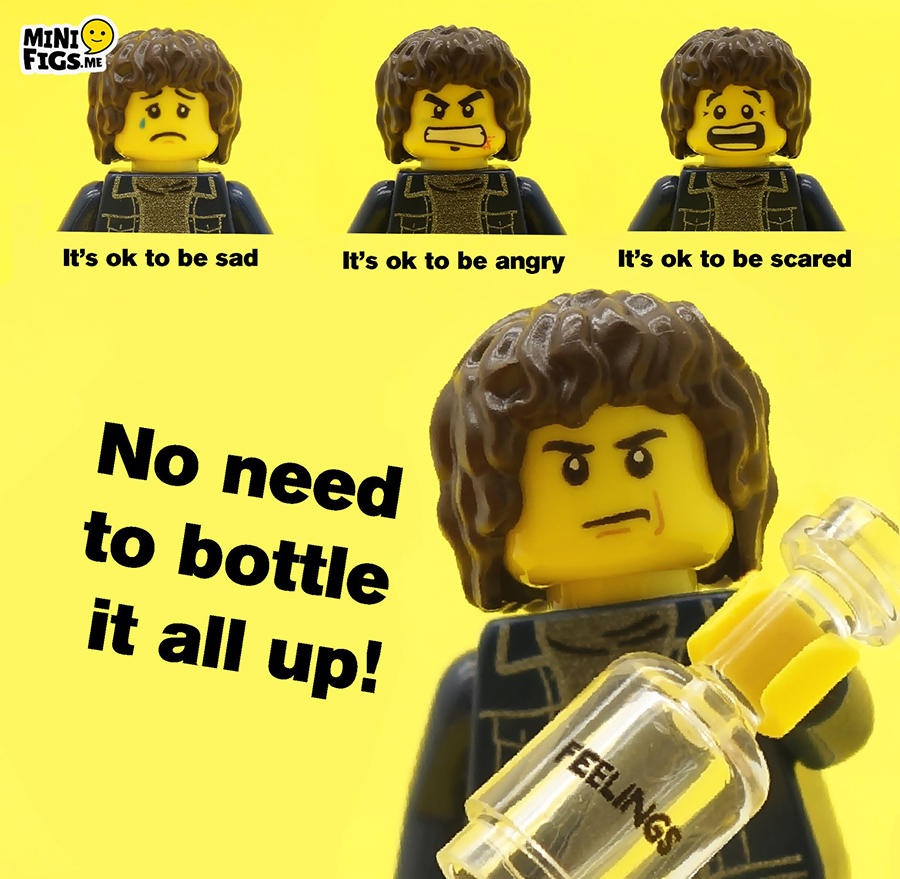 Yes LEGO is a toy, but for me it has become a beacon of light in an otherwise dark time. It’s helped forge new friendships and given me so much to look forward to. So the next time you see one of these little plastic bricks imagine not only the possibility it holds in play but also how it can help in life too. Depression affects so many people, not only those who suffer from it but also those around them. It’s easy to belittle its effects without experiencing it and some people can cope with it better than others but even in the darkest of times no-one should feel alone and feel like there is only one way out. If something is troubling you, don’t fight it alone the Samaritans offer a free 24 hour helpline 08457909090 or you can click here

Thanks to Minifigs.meMinifigs.me for the use of their image.