Following a number of partnerships including giving a past 10k LEGO® Ideas project a second chance of becoming a set, the LEGO Group and US retailer Target have launched a new contest today to find another future LEGO Ideas set. This is an entirely new contest and will result in a new project becoming a future LEGO Ideas set. The contest is on the lookout for projects inspired by family. The contest will work in a similar fashion to the way LEGO Ideas GWP sets are obtained so new projects can be submitted and open to a Fan Vote, winning entries will then be judged by the LEGO Ideas Review Board and representatives from Target. The overall winning project will become a future LEGO Ideas retail set. This will be exclusively sold by Target in the US as well as being available from LEGO.com and LEGO stores globally. You have until September 28th to enter, learn more below. 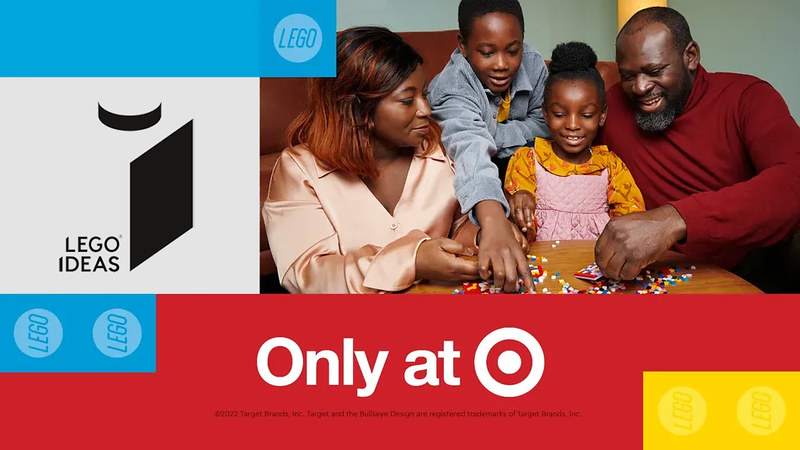 LEGO Ideas X Target – What Does Family Mean To You?

What does Family mean to you? Family is hugely important to all of us, but could you show off exactly what that means to you with some LEGO bricks?

We’d love to see games you play together, holidays you’ve been on, and memories that will last a lifetime. Regardless of what family means to you, we want to see it brought to life using little plastic bricks!

The best set will have its chance at becoming a LEGO Ideas set!

A judging panel consisting of members of the LEGO Ideas Review Board and representatives from Target will select all the entries that participate in the Fan Vote.

Excitingly, just like the ‘We Love Sports’ and ‘Music to our Ears’ contest, all entries that reach the Fan Vote phase could be a new LEGO Ideas Product in collaboration with Target!

For full details on what they’re looking for, see the ‘Judging’ section of the contest page.

The number of entries that will be part of the fan vote will be determined as part of the judging process.

The winning entry in the fan vote will be compensated as a Product Idea prize winner as outlined in the Product Idea guidelines and Terms of Service. Meaning they will receive the following: