The latest LEGO® Ideas set has been officially revealed today. After making an unexpected appearance via the usual sources, High Res images and other details about the A-Frame set are now available. The set is inspired by classic A-framed buildings often found deep in the woods or rural areas. The set includes the building, which is filled with details, along with a few buildable trees and a critter or two. It will be released on February 1st for VIP members before its general release on February 4th. It will carry an RRP of £159.99/$179.99/179.99€. More details can be found below. 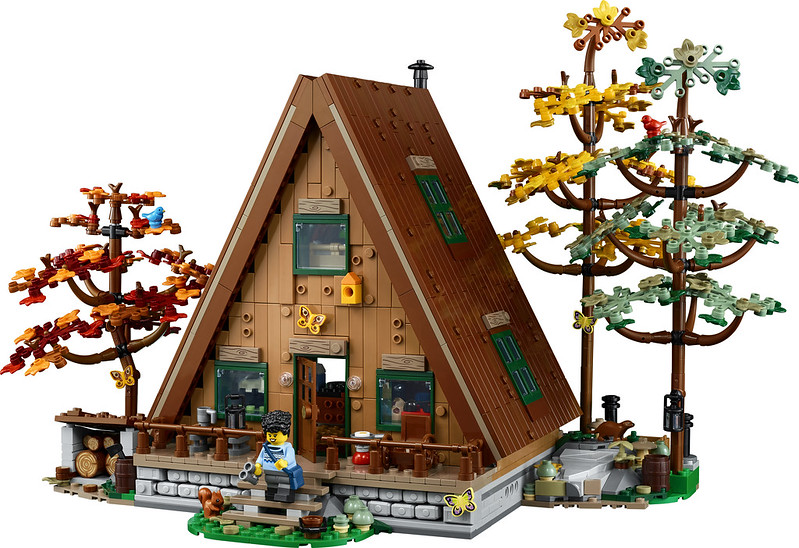 GET COSY IN THE LEGO IDEAS A-FRAME CABIN

13th January 2023: Banish those January blues with the new LEGO® Ideas A-Frame Cabin set. Designed by Italian LEGO fan designer, Andrea Lattanzio, this set is the perfect retreat when you want to get away from it all. Inspired by A-framed log cabins, this set features two-stories complete with upper bedroom and ground-floor living room and kitchen.

Outside there is a deck with steps down to the great outdoors – where you will find a woodshed and intricate trees which are home to a friendly squirrel. The four included LEGO minifigures can get cosy by the fireplace, jam with the acoustic guitar or take a trip in the canoe. 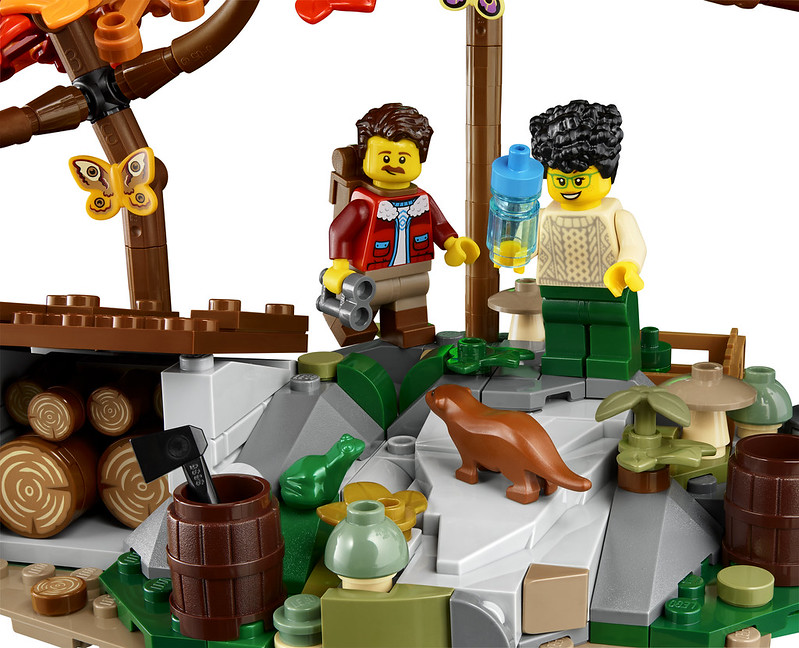 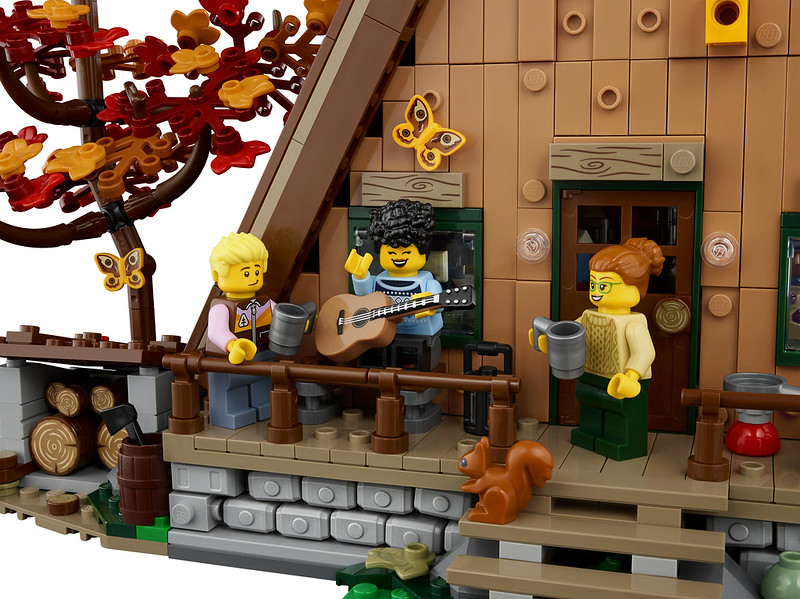 Talking about his design, Andrea, a big LEGO fan, said; “I was looking through a book with many strange houses from all over the world and I discovered the A-Frame and it was love at first sight. I started with a sketch, so I had a clear vision and then built my design in about 10-days.”

To celebrate the launch, the LEGO Group has created a cabin chill experience – where you can retreat to nature via the LEGO cabin cam www.lego.com/cabin and see what happens in the woods! You might even spot the squirrel. 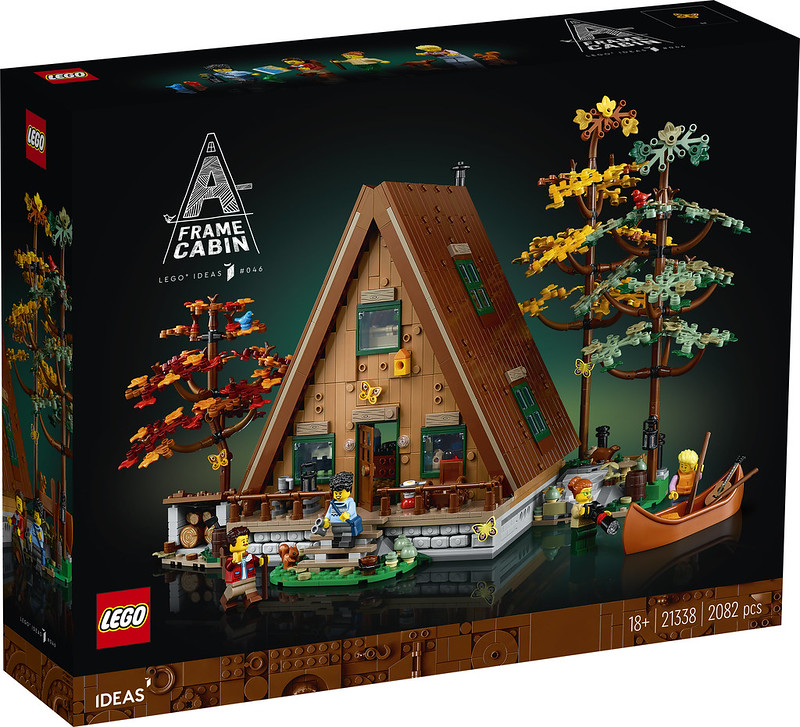 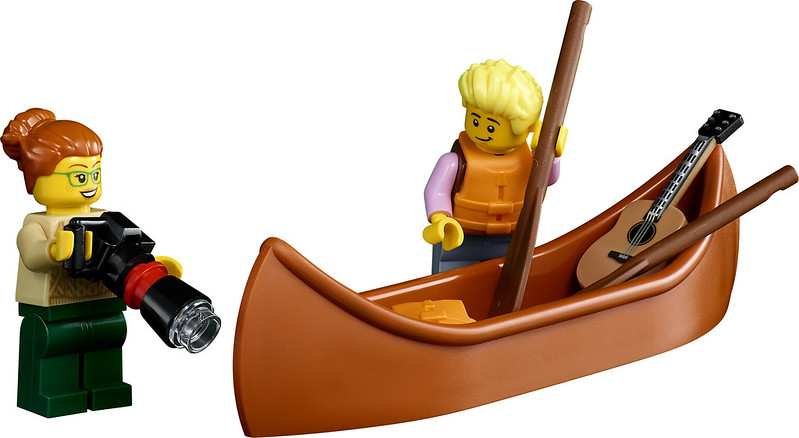 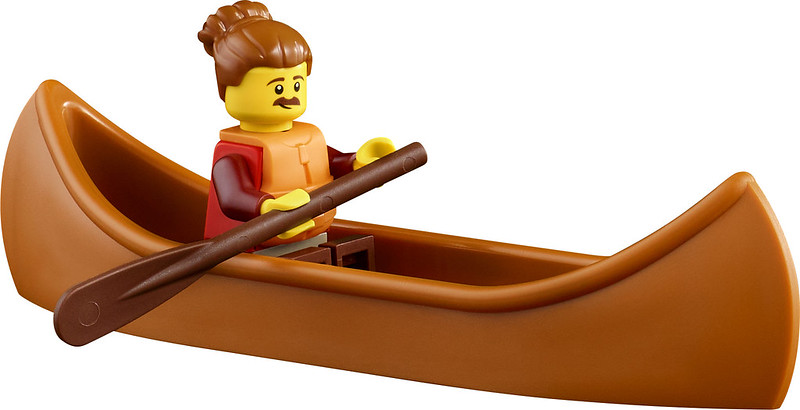 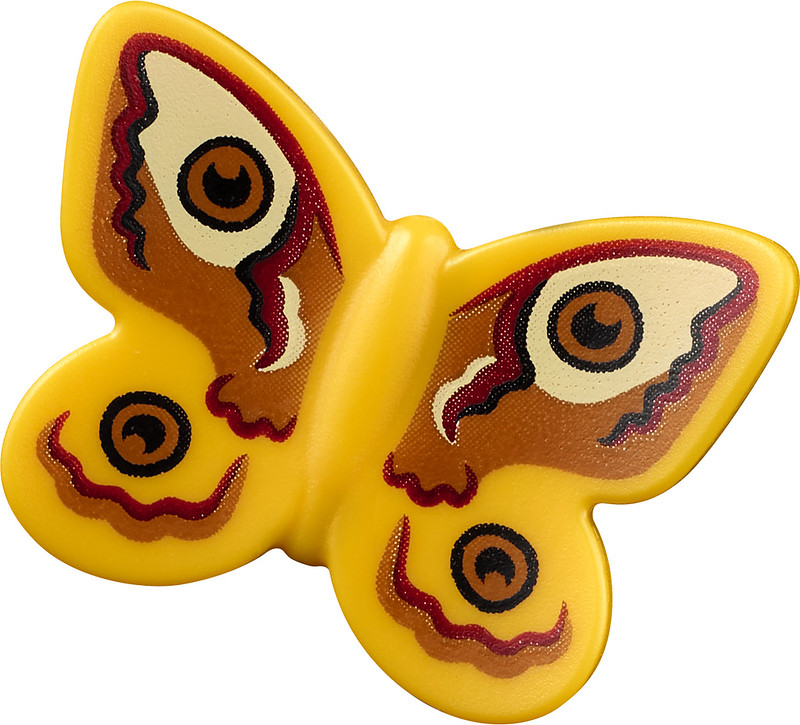 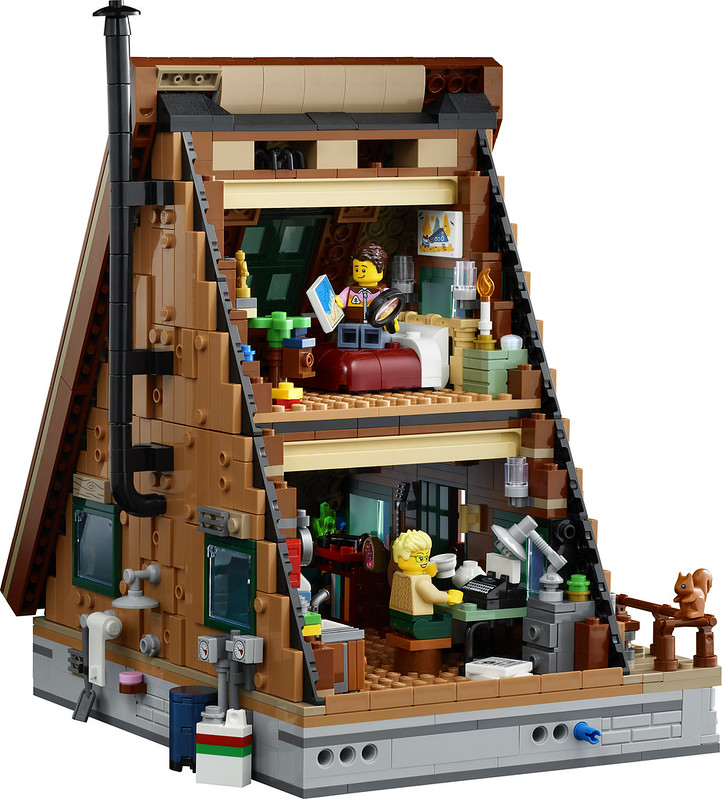 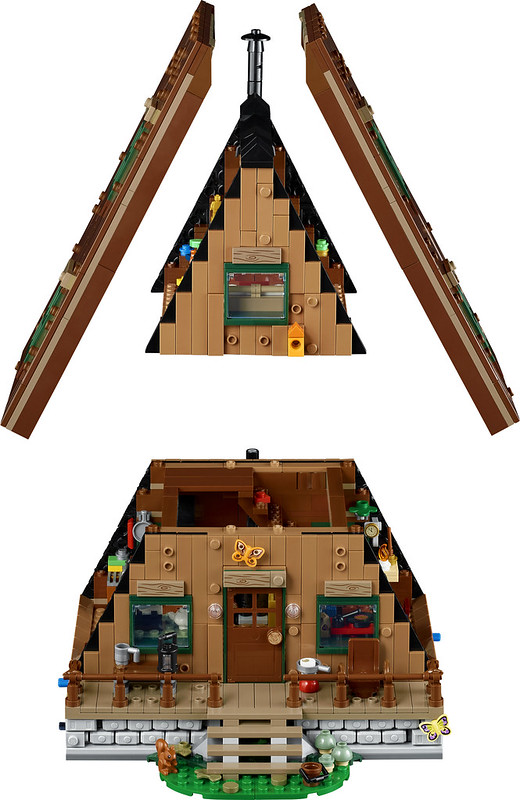 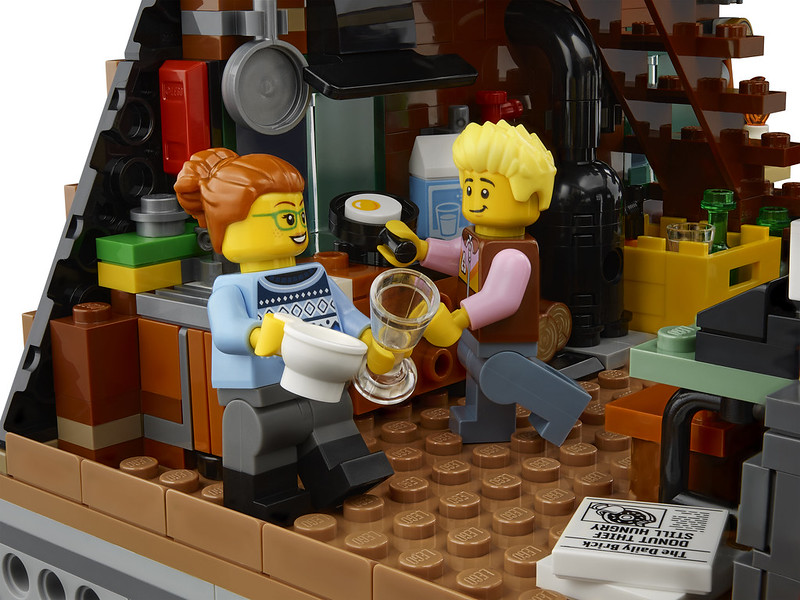 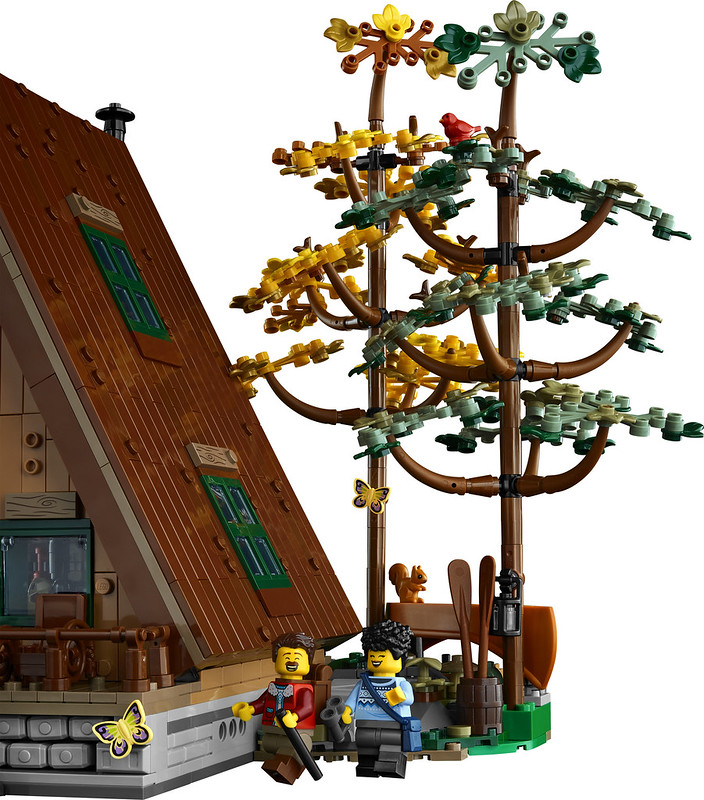 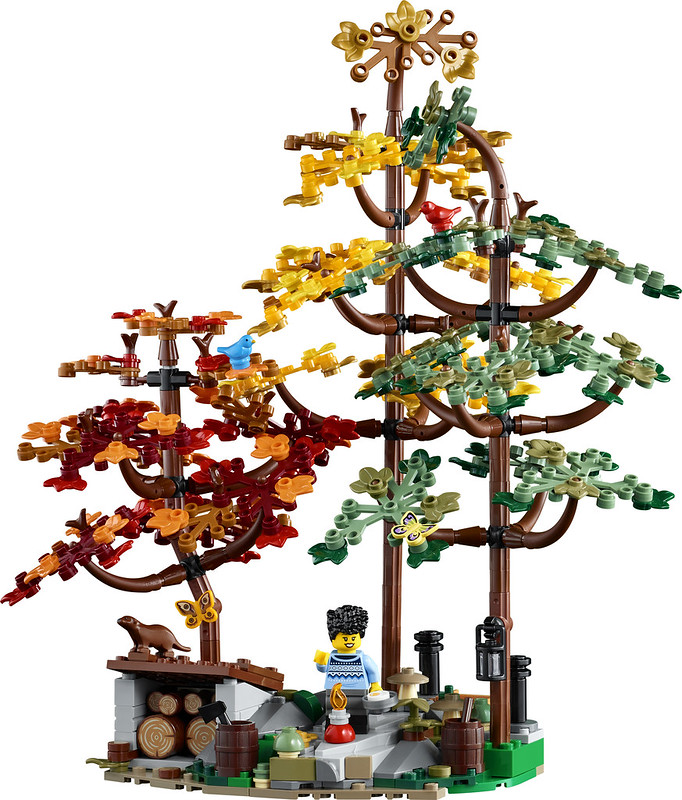 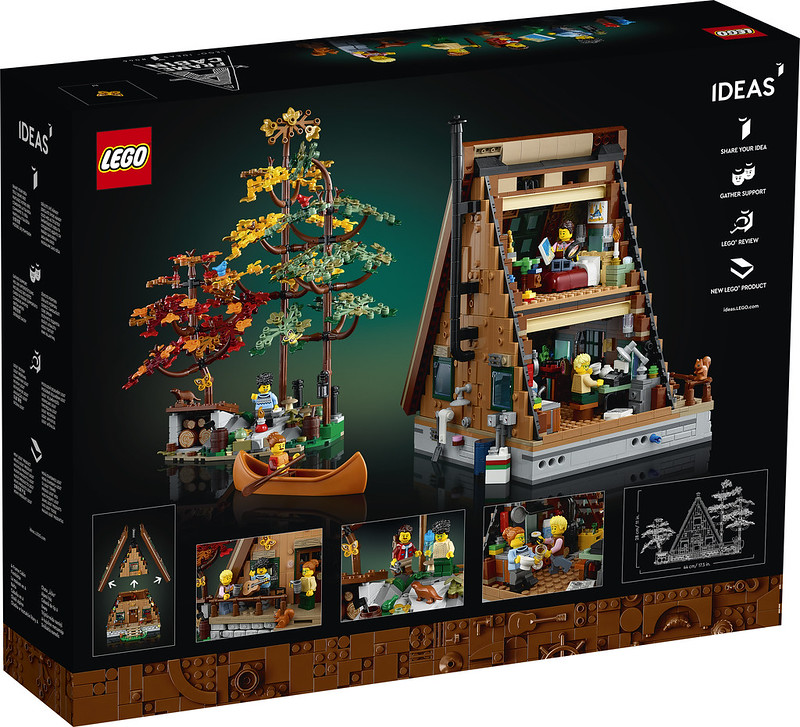