The new series of LEGO® Minifigures were due to be released on August 1st, and the embargo was being strictly enforced this time around. However an number of independent toy retailers have but the stock on sale early and have a number of Sainsbury’s stores, which has opened the door for other retailers to sell the much anticipated series of characters early. Now WHSmith stores have been instructed to place their stock on sale, with almost all stores getting their stock a few days ago. Plus you can also save yourself a little money when purchasing from WHSmith high street stores thanks to a Back To School money-off voucher. Look out for a red stand containing a Back To School leaflet, this contains a £5 when you spend £20 money-off voucher. The voucher states when you purchase stationery, but also lists toys in the terms and conditions. If you then buy the Minifigures in groups of seven you’ll get a fiver of each transaction. So for a full series that’s two lots of seven and an eight, with a saving of £15. You may also start to find them in other retailers now as well, we’ve also been told Barnes & Noble in the US have them on sale. 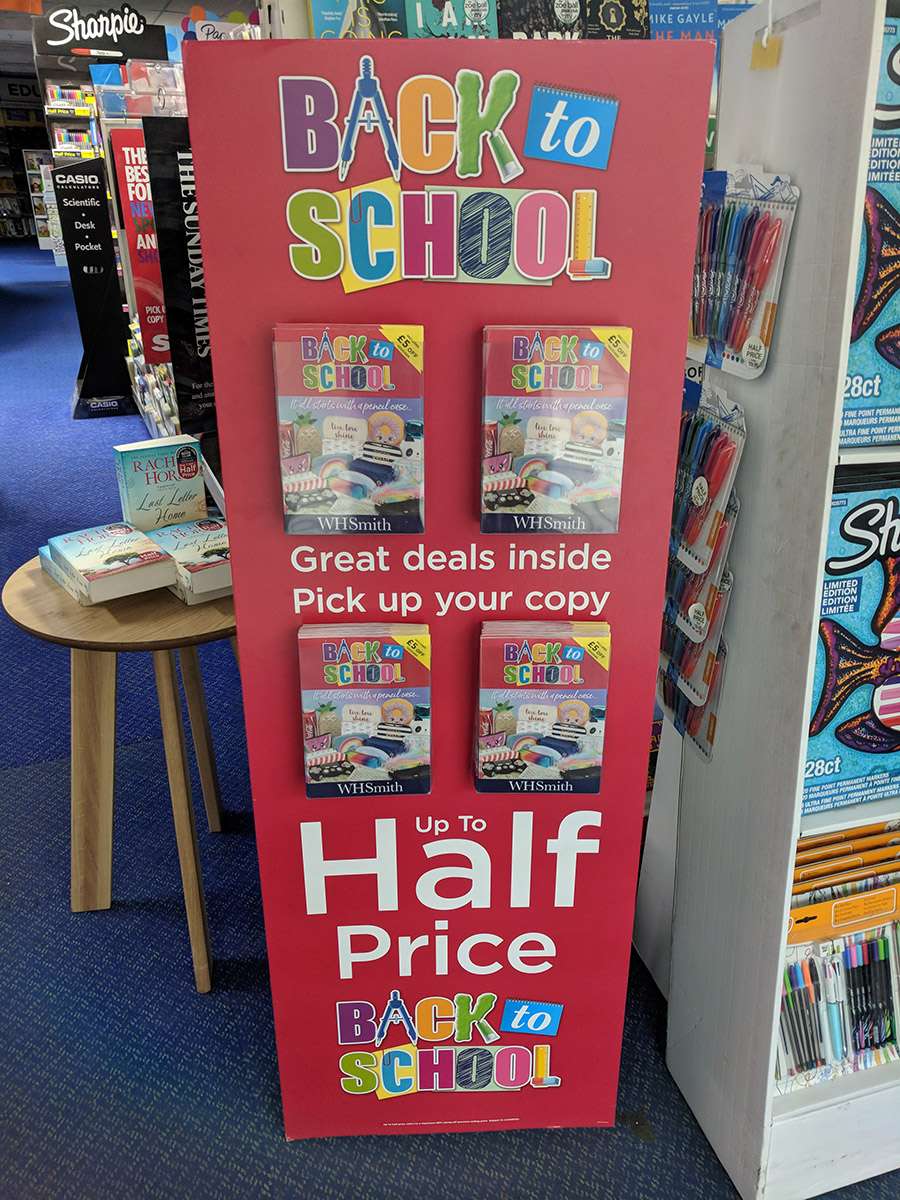