The LEGO Group has announced a new partnership with the Government of Singapore’s Economic Development Board, to invest and develop its Singapore Hub. The main office in Singapore houses employees from many global functions, including the LEGO Agency – the LEGO Group’s in-house creative agency, the LEGO Creative Play Lab, as well as management for LEGO Asia Pacific. This strengthens the LEGO Group’s ongoing push in Asia, which has also seen massive pushes to open stores and entertainment venues across China, as well as online fulfilment centres to cater for Australia and New Zealand. Learn more below. 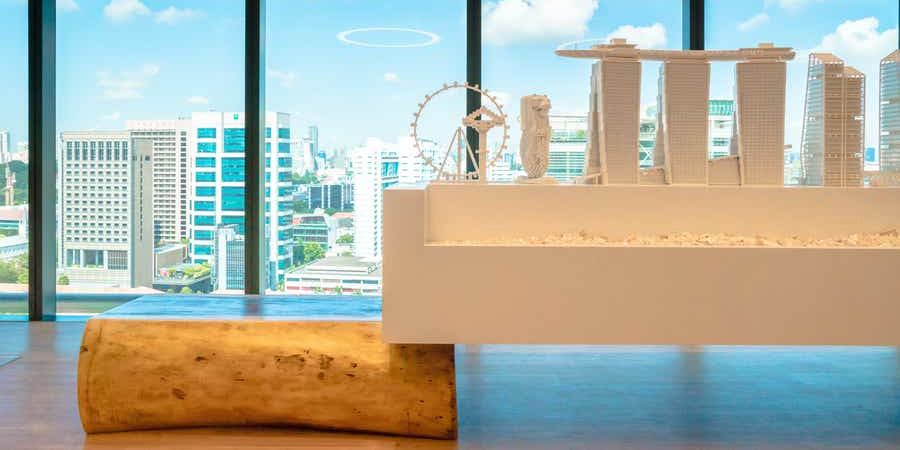 The LEGO Group extends partnership and commitment to Singapore, with support from the Government of Singapore’s Economic Development Board

Singapore, August 3rd, 2021: The LEGO Group today announced a new partnership with the Government of Singapore’s Economic Development Board, signalling its ongoing commitment to Singapore and the Asia Pacific region. As part of the agreement, the company will continue to invest in locating and developing key digital and creative teams at its Singapore Hub which originally opened in 2013.

The LEGO Group’s Singapore Hub is the company’s Asia Pacific Headquarters and is currently home to over 400 highly skilled employees. Singapore has played an integral role in the company’s growth in the region and the new partnership will help it continue to achieve its vision of bringing the power of learning through play to many more children.

Eric Maugein, Regional President for Asia Pacific, the LEGO Group said: “We continue to see huge potential in Singapore and its role as a hub for talent and innovation, so we’re delighted to have extended our partnership with the Singapore Government’s Economic Development Board. Our aim is to inspire and develop the builders of tomorrow and with more than half of the world’s children living in Asia Pacific, this provides us with a great base to bring playful learning experiences to more families.”

Ms. Fong Pin Fen, Vice President and Head, Consumer Accounts Group, EDB added: “The LEGO Group’s decision to expand its Asia Pacific Headquarters with new digital and creative capabilities is testimony to Singapore’s leading role as an innovation hub for Consumer firms. EDB is proud to partner with the LEGO Group in its mission to invent the future of play in Singapore, whilst creating exciting job opportunities for Singaporeans.”

The LEGO Group’s Singapore Hub’s employees represent a range of key strategic functions and it is the regional base for the Creative Play Lab, the company’s product innovation team which is responsible for developing the future of play.

Pia Færløv Andersson, Head of Innovation at the Creative Play Lab, commented: “Our team is well established in Singapore and we benefit greatly from having access to some of the world’s most creative and innovative thinkers. It’s exciting to collaborate closely and generate new ideas that will inspire the future generations.”

The Singapore Hub also plays a role in helping the LEGO Group to achieve its commitment of reaching children in need via learning through play programs. The Group’s Social Impact programs span 28 different countries including six in the Asia Pacific region – Australia, New Zealand, Japan, South Korea, India and Singapore.

In Singapore, partnerships with KidSTART Singapore and Beyond Social Services support early childhood education for children from lower income families, and the LEGO Group also works with MINDS to use inclusive play to teach children about emotions and careers. These programmes will benefit nearly 2,000 children and 100 caregivers directly, with an additional 2,520 more children receiving product donations.

During the Covid pandemic, the company donated LEGO products to more than 10,000 children of healthcare workers and more than 83,000 Primary 1 & 2 students in Ministry of Education public schools.

The LEGO Group in Singapore