After the success of the LEGO® Disney Castle and two series of LEGO Disney Minifigures, the LEGO Group and Disney have once again joined forces to bring another iconic Disney landmark to life with LEGO bricks. The Disney Railroad has been a part of Disneyland Park in Anaheim since it opened. The classic style US railroad locomotive and it station have both been transformed into a great new LEGO set. Just like the real life train changing from diesel to bio-fuel, the magical new train uses the new Powered-Up system. This bring the set to life with movement and sound. See the LEGO Disney Train alongside the real train at Disneyland Park, Anaheim below. See more of the set here. 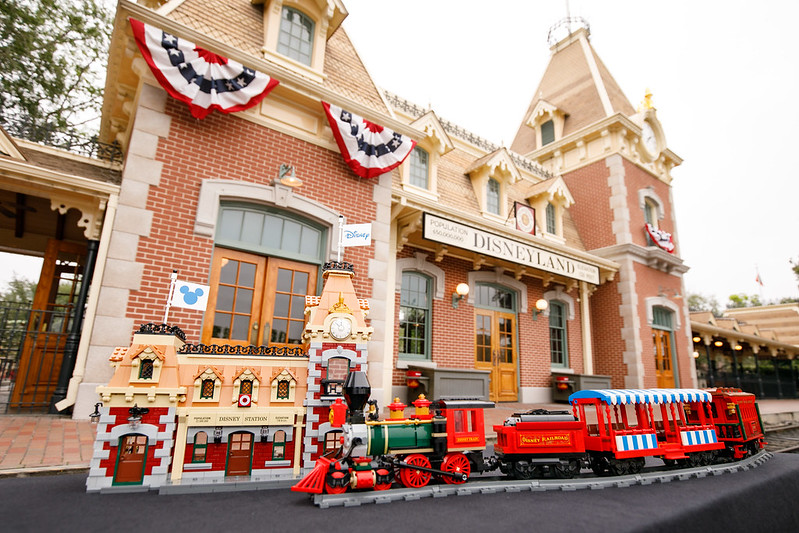 ALL ABOARD! THE LEGO® DISNEY TRAIN AND STATION IS CALLING AT ALL LEGO STORES FROM 21ST AUGUST 2019

LEGO brick and Disney fans alike will be able to build their very own scale version of the famous steam-powered locomotives as seen at Disney theme parks around the world with the new LEGO Disney Train and Station.

This brand-new set captures a whole host of features in the iconic Disney theme parks style and will be available direct from LEGO stores from 21 August 2019.

The LEGO Disney Train has been inspired by the famous Disney theme park’s railroads around the world and comes with four buildable cars, the engine, the tender, passenger car and a parlor car.

Each of the cars has room for several minifigures to sit. The parlor car features rich interior detailing including armchairs, tables complete with flower vases and a small tea set. The train measures an impressive 77cm when all the carriages are connected making it the perfect size for the 16 piece track.

The set also comes with LEGO Powered Up elements, concealed within the tender car, and classic LEGO magnetic couplers to connect the carriages and move the train. The set also includes app-controlled functionality, meaning builders can use their smart phone or tablet to drive the train forward, reverse and emit realistic sound effects.

The set also features a Disney Parks-inspired train station to build with models of miniature locomotives, picture frames with details inspired by the actual stations.

Inside the toy train station building there’s an array of intricate brick-built furnishings and details, including draped windows, wall clock, ceiling chandelier and a tower room with a little LEGO surprise! The train station measures over 39cm high and 35cm long giving the perfect backdrop for LEGO Disney Train.

The 71044 LEGO Disney Train and Station is available directly from LEGO stores and www.shop.lego.com/DisneyTrain from 21st August 2019 for LEGO VIP members 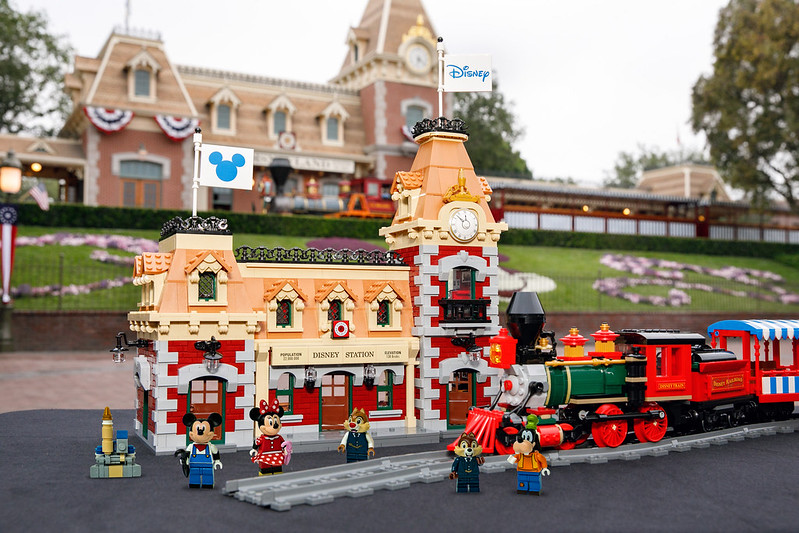 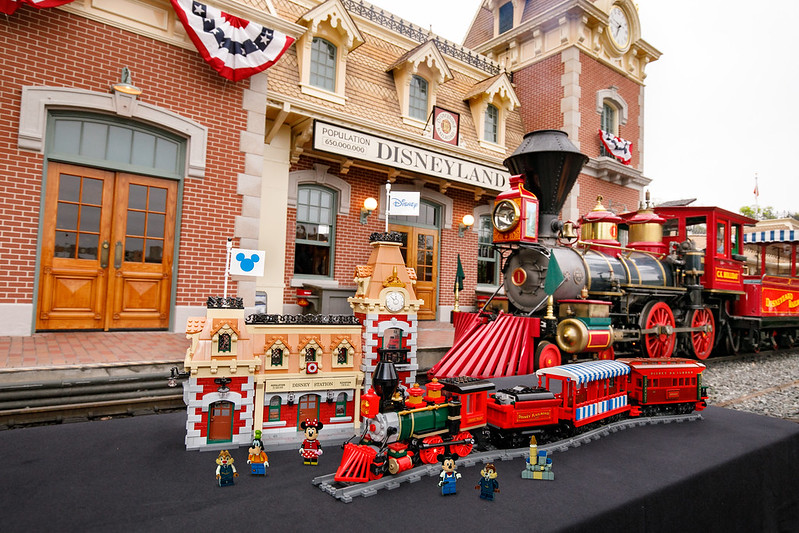 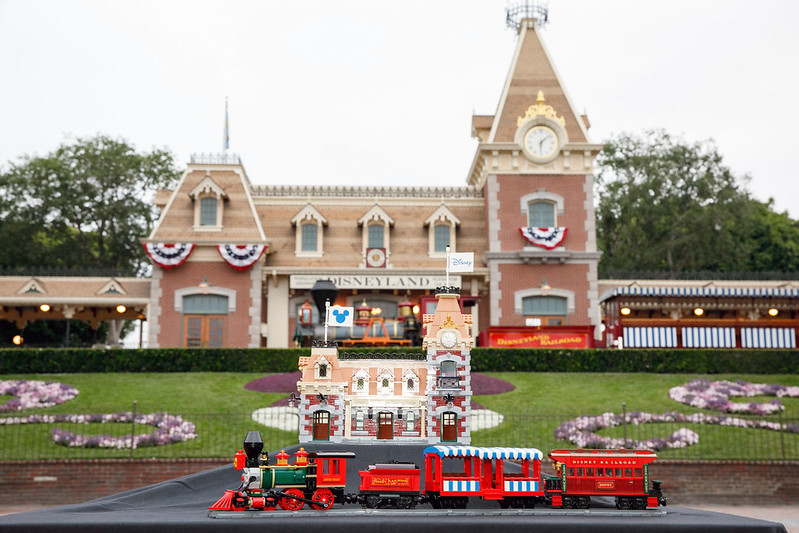 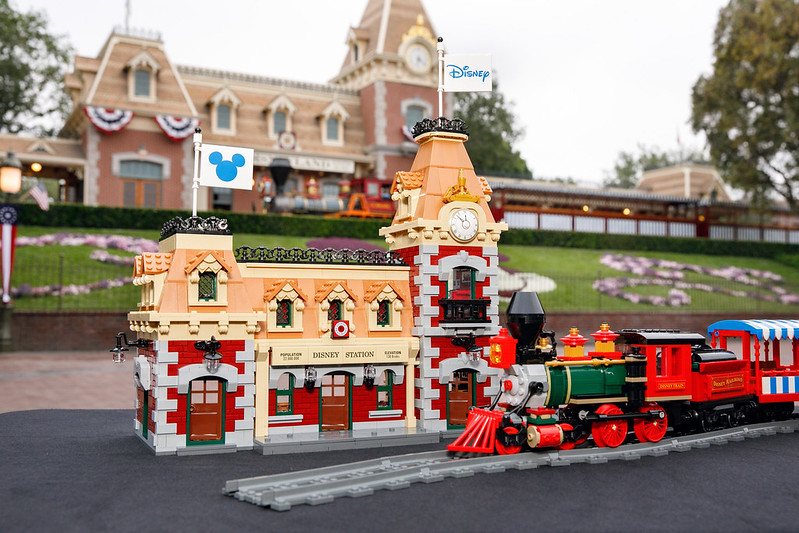 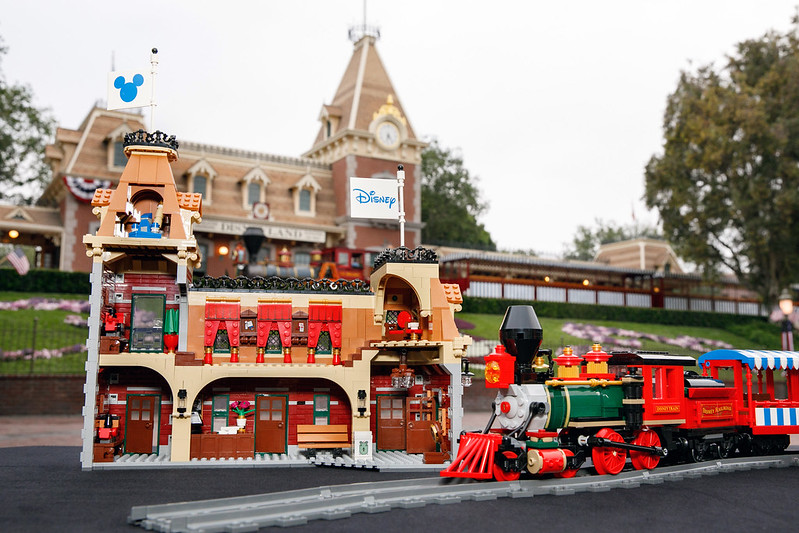 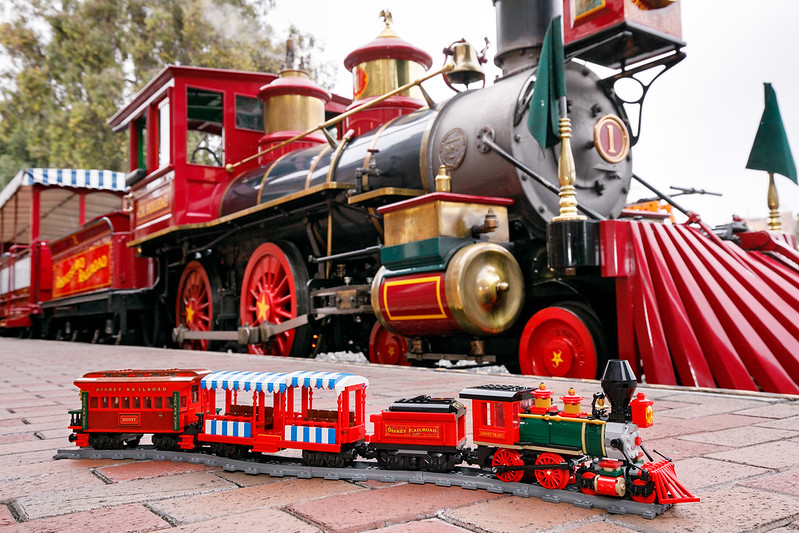 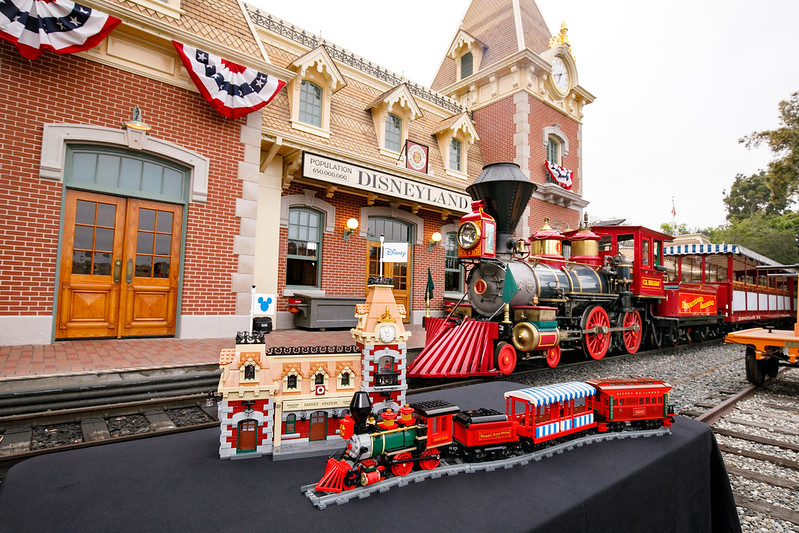 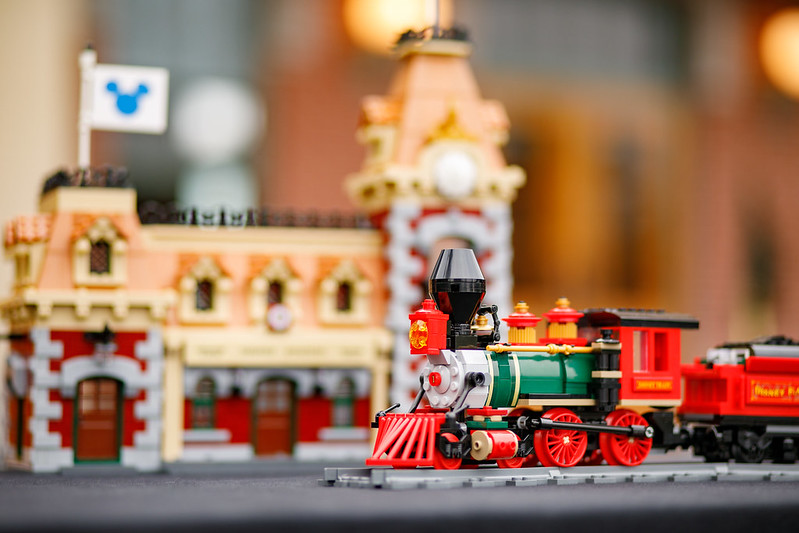 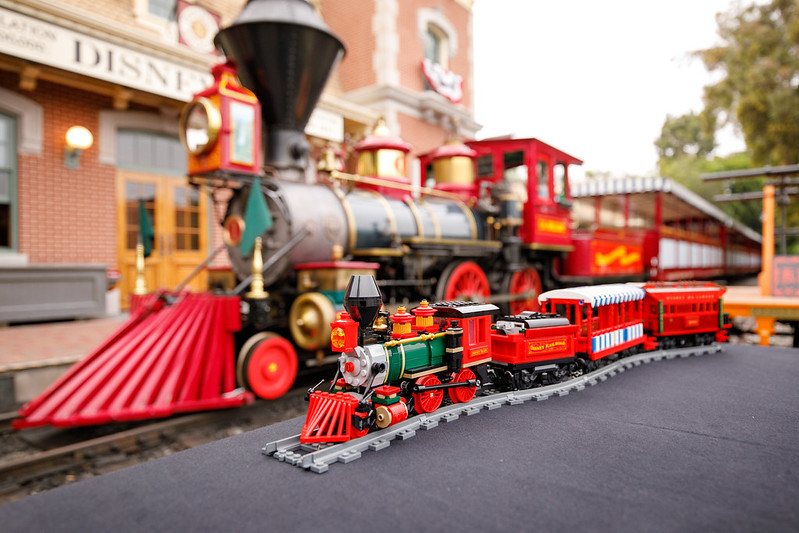