Whenever we journey into the realms of retail, we are always on the look out for LEGO® goodies and today’s find is rather intriguing, as from what we have found, it doesn’t even exist in this form online, until now. LEGO Fright Night! is a celebration of all things spooky from the world of LEGO and it also offers another chance to get the limited edition Skateboarder Zombie Minifigure. But what exactly can you expect to find in the new LEGO title from DK Books? If you’re brave enough, lets find out! 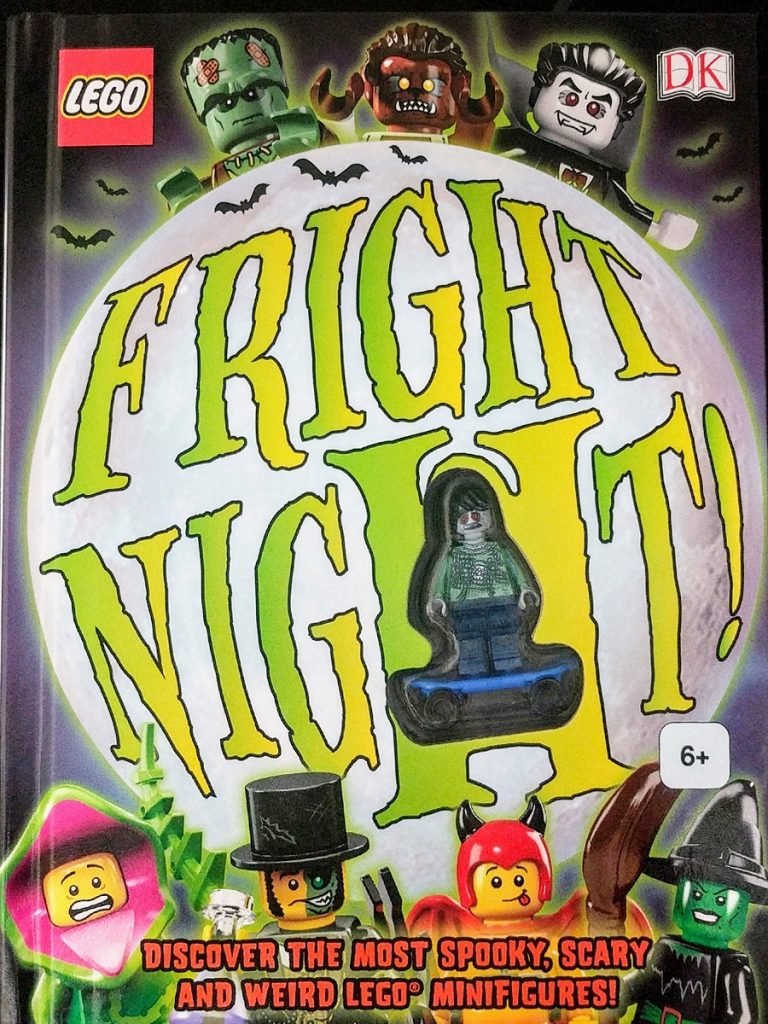 From grisly ghouls and nasty knights to evil extraterrestrials and slimy swamp monsters, get ready to meet the spookiest, scariest and down-right craziest Minifigures. Be inspired by creepy LEGO models – let your imagination run wild!

The book is split into two main sections, the first of which takes a look at some of the many spooky mini folk who have inhabited the world of LEGO over the years and it’s a pretty decent spread. There’s plenty of characters from the various Classic LEGO Minifigure series but also some familiar faces from some much-loved themes like Monster Fighters, the awesome Galaxy Squad, Pharaohs Quest and even Fright Nights. This section includes content from the LEGO Spooky! Ultimate Sticker Collection book. 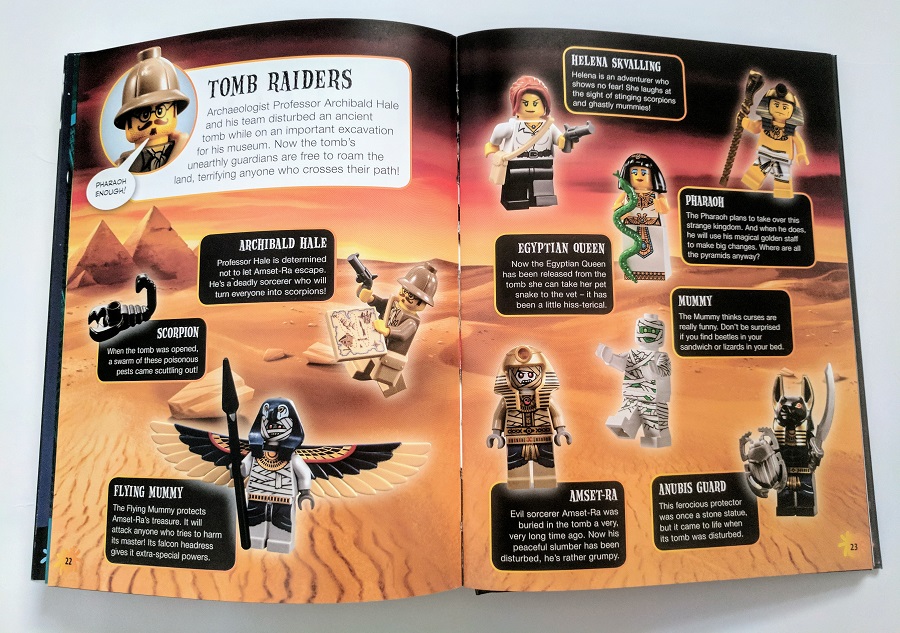 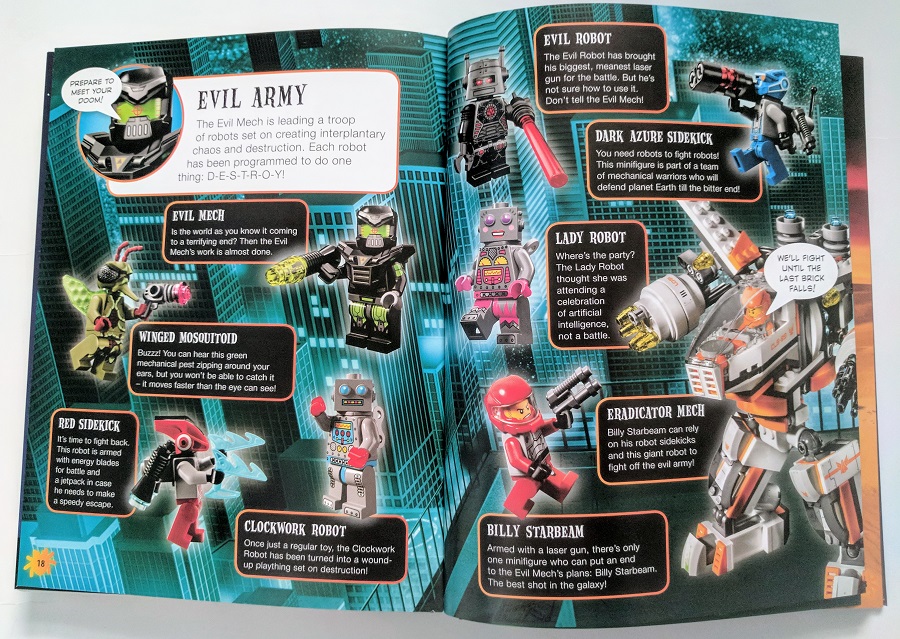 Along with a look at the spooky Minifigures, the book also offers some spooky build ideas via a series of inspirational builds. If you’re read any other DK Books, you’ll be familiar with the set-up. Various LEGO models are dotted throughout, which act as a guide to create your own builds. Many of these builds have been taken from The LEGO Ideas Book. There’s also a couple of fold-out pages, one of which suggest you customise it with stickers, oddly these don’t seem to be included in the book. 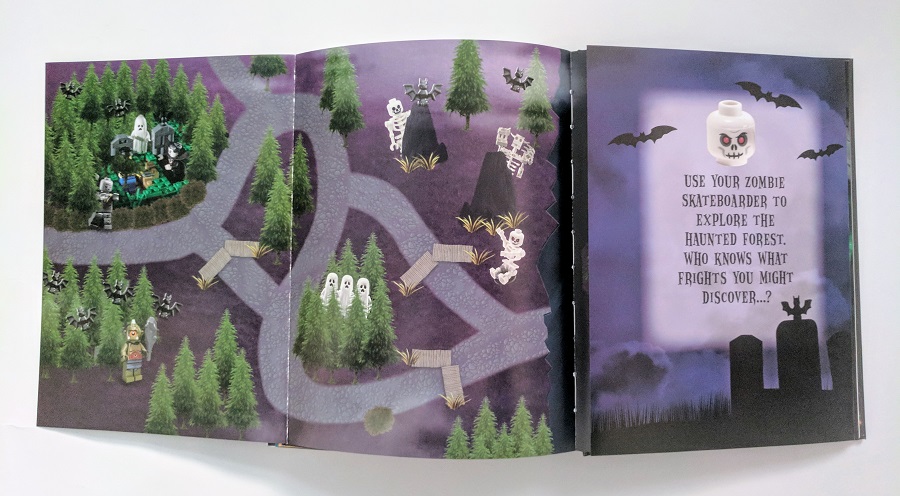 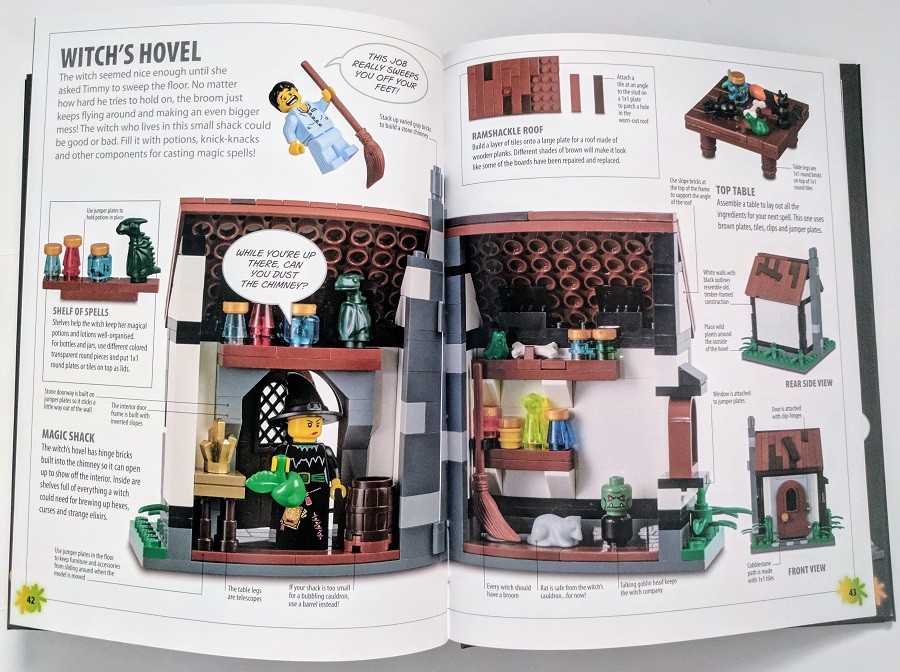 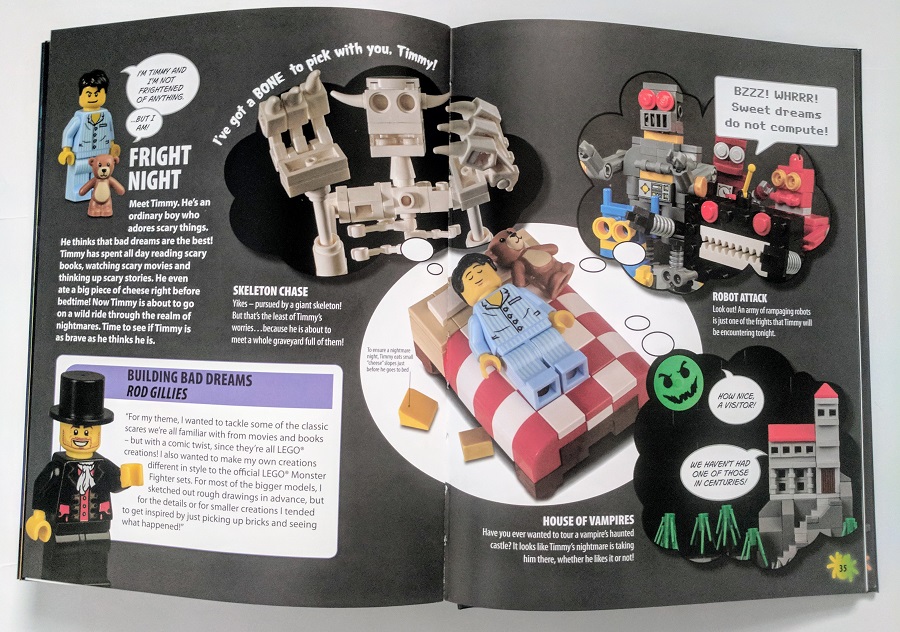 Back in 2015 DK Books published a Minifigure-focused title called LEGO I Love That Minifigure, which included an exclusive Skateboarder Zombie Minifigure. That very Minifigure returns in Fright Night, he’s actually the zombified skater from the very first series of the LEGO Minifigures range. Obviously he got a little too close to the Series 1 Zombie. His blue jeans and green hoodie feature tatty details and dirt marks and his once yellow skin has become pale. It’s a fun Minifigure and if you missed him first time around, then LEGO Fright Night! is a great opportunity to add him to your collection. 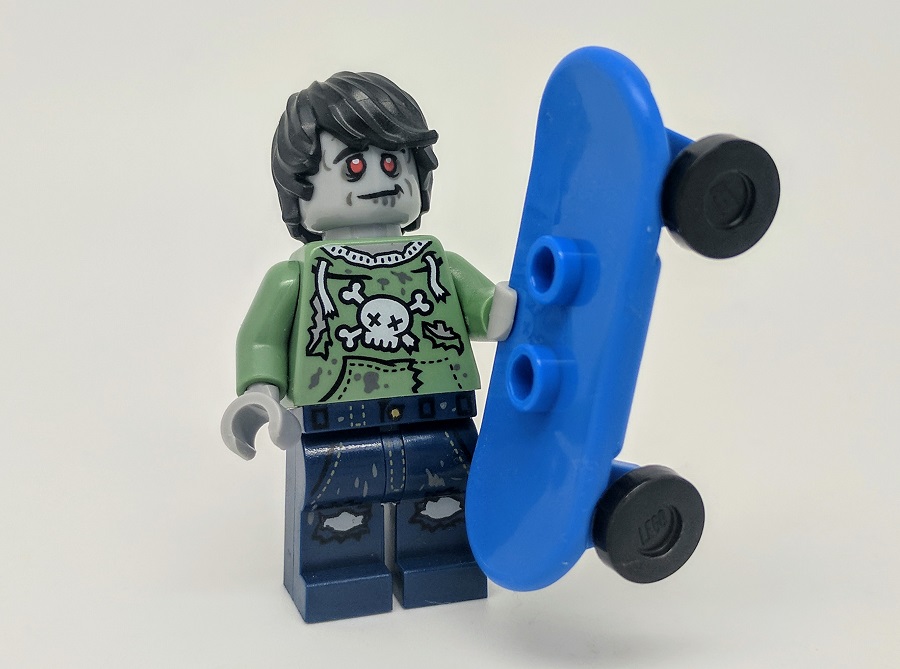 Sure much of the book’s content has been previously published in other LEGO titles from DK Books and the Minifigure has also been included in a past book, but it’s still a great little book. It’s not the first time DK Books has published a spooky-themed book, but this is the first one which has a Minifigure included plus a combination of build ideas and a look at some of the spooky Minifigure which have been included in sets over the years. You may struggle to find the book in the UK, however it’s currently available exclusively in selected Sainsbury’s stores.

LEGO Fright Night! contains content previously found in The LEGO Ideas Book, I Love That Minifigure and LEGO Spooky! Ultimate Sticker Collection. It’s may also be available under different names depending on country.