LEGO® Minifigure packs have become more prevalent in recent months. These small collections of Minifigures, often feature exclusive characters and simple little builds. They are also themed around particular themes. This month a couple of Minifigure Packs have been released, including the Fairground Minifigure Accessory Pack. Although not tied to a certain theme, this one would fit nicely with various LEGO City or Creator Expert sets. It’s not exactly a big set to do an in-depth review of, but it’s still worth taking a closer look at. Roll up, roll up and read on. 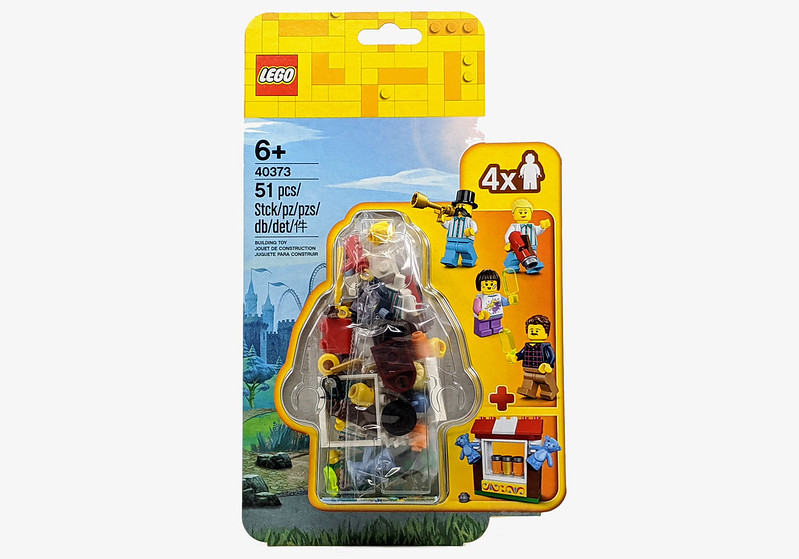 Roll up, roll up for family fun with this LEGO® Iconic Fairground Minifigure Accessory Set (40373)! This colorful playset for kids features a buildable mini shooting range with a stud shooter – knock down the gold-colored can to win 1 of the cute teddy bear figures. It also includes a girl, dad and 2 fairground employee minifigures with fun accessories to inspire creative play. This accessory set is an ideal gift for ages 6+ to add to their LEGO collections and open up even more play options.

The set features four Minifigures and a small minibuild, along with various accessories, all themed around the fun of the fair. The focus of the set is clearly the Minifigures, so the only buildable element is a fairground side attraction stall. It’s based on a shooting gallery, so features a trio of cans, lined up on a colourful stall. This has a similar colour scheme to the games featured in the LEGO City People Pack – Fun Fair set. In fact, this set has a few similarities with the larger Fun Fair set. The printed tile on the front of the shooting range stall is also found in the People Pack and the employees have the same torsos. The set does have a unique element, in the form of not one but two pale blue teddy bears. 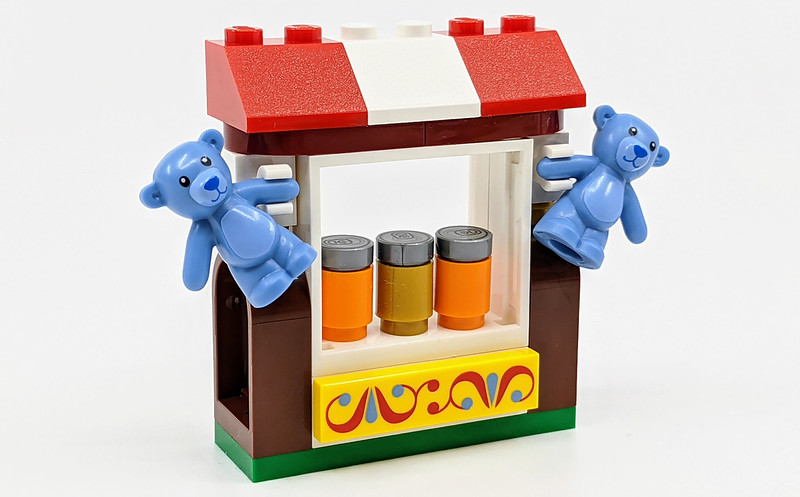 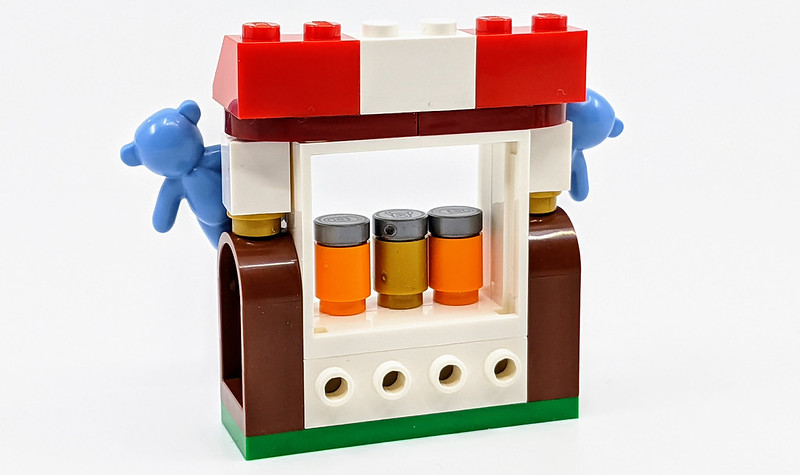 The set includes four Minifigures, two fairground employees and two visitors. The employees both have the same torso and legs, as mentioned above, the torsos are the same as the employee from the Fun Fair People Pack. I like it when there is a little continuity across LEGO sets. The male employee has a funky combo of an impressive moustache and top hat, which almost gives him a circus ringmaster look. The female employee has a fairly rare hair piece only found in a trio of other sets. She also has an alternate face, which really doesn’t match the overall look of the character.

The little girl Minifigure features exclusive print design, only found in this set. Her torso is unique to this set and features a cute unicorn design, I also like the different coloured arms. Her face print is also unique and features face-painted elements including some stars and a rainbow. It’s a fun little character and matches the theme of the set as well as once again tying this set to the Fun Fair People Pack. Finally, there is the father Minifigure, which has become one of my favourites, thanks to an uncanny resemblance to breakfast loving parks and rec boss, and facial hair expert, Ron Swanson. The checked shirt, moustache and sly grin is a perfect match for Ron, all. it’s missing is some bacon.

I’m quite the fans of these Minifigures packs and the Fairground Accessory Pack is one of my favourites. The shooting range stall is simple but looks nice and the Minifigures are all great, especially ‘Ron’. I really like that this is so strongly connected to the fairground-themed People Pack and would link nicely with the various LEGO Creator Expert ‘Amusements’ sets. I would certainly like to see more of these sort of packs released on a regular basis, especially if they complement other themes. It’s also decent value for money, with Collectible Minifigures now £3.50 a pop, the fact you get four Minifigures plus the Minibuild make it worth picking up.