The LEGO® Train and Station is now available. The 2,900 piece set is the second LEGO set to be based on a Disney theme park landmark. It features a motorised train along with three carriages, one of which houses the new Powered-Up Hub. This can be connected to the Powered-Up app to add movement and sounds to the set. The set also includes five exclusive LEGO Minifigures including an all-new Goofy Minifigure and variants of Mickey, Minnie, Chip and Dale. The whole thing is brought together with a LEGO recreation of the Disney Railroad Station. You can order the set now from LEGO.com or find it in your local LEGO store. When ordering online make sure you’re signed into your LEGO VIP account.

Celebrate the magic with the LEGO® ǀ Disney Train and Station!

Gather the family for a rewarding build and play experience with the LEGO® ǀ Disney 71044 Train and Station. Kids will love to join Disney characters Mickey Mouse, Minnie Mouse, Chip, Dale and Goofy for magical adventures with this awesome LEGO train set, featuring a motorized steam-style locomotive with tender, passenger car and a luxurious parlor car, plus an oval track and an iconic Disney Parks®-style station building. This set comes with an array of cool details, including app-controlled functionality. Use a smart phone or tablet to drive the locomotive forward, reverse and emit realistic sound effects. Joining up the train cars is simple with the magnetic LEGO couplings, and the panels on the parlor car open for access to its detailed interior complete with table, armchairs, teapot and cup. And the fun doesn’t end there! Inside the toy train station building there’s an array of intricate brick-built furnishings and details, including draped windows, wall clock, ceiling chandelier and a tower room with a little LEGO surprise! 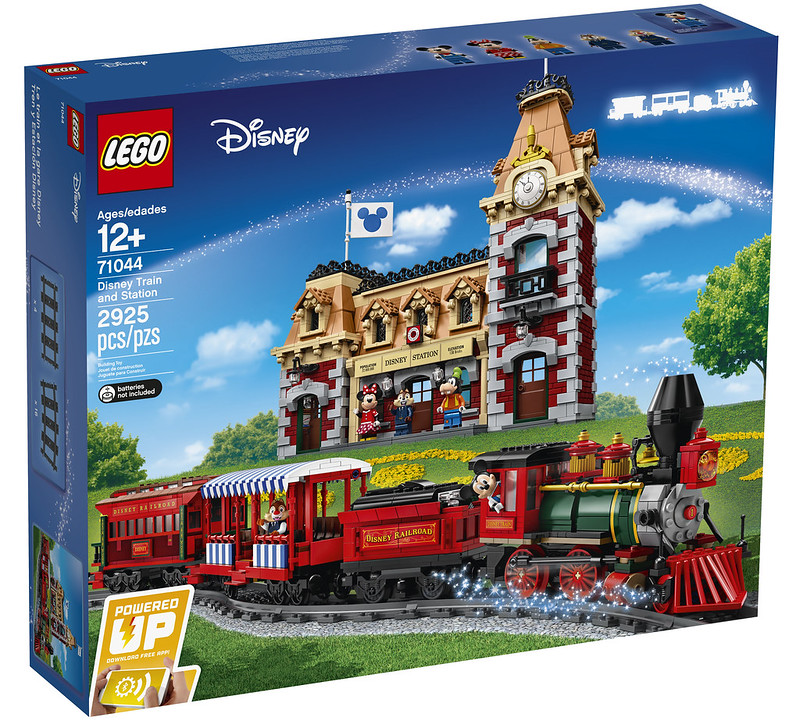 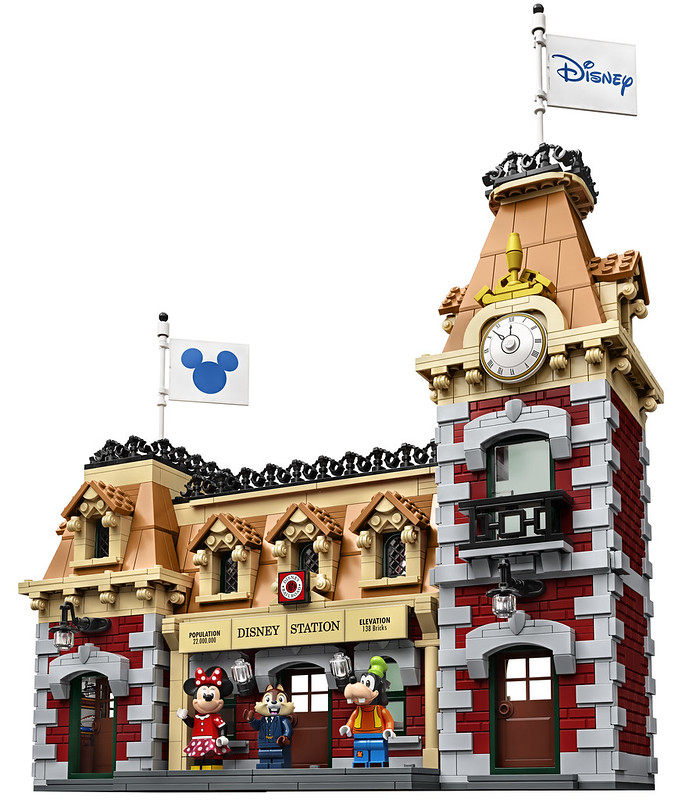 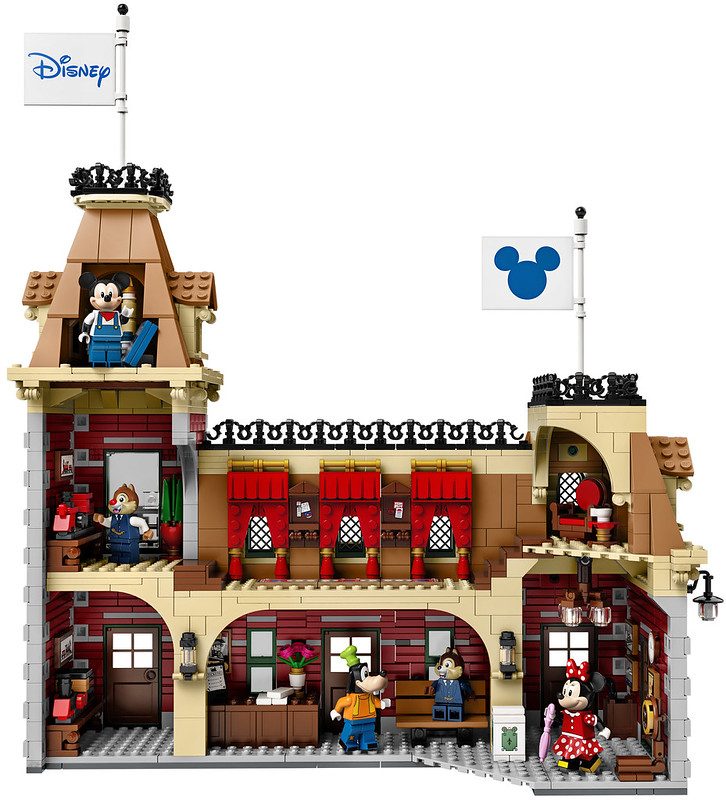 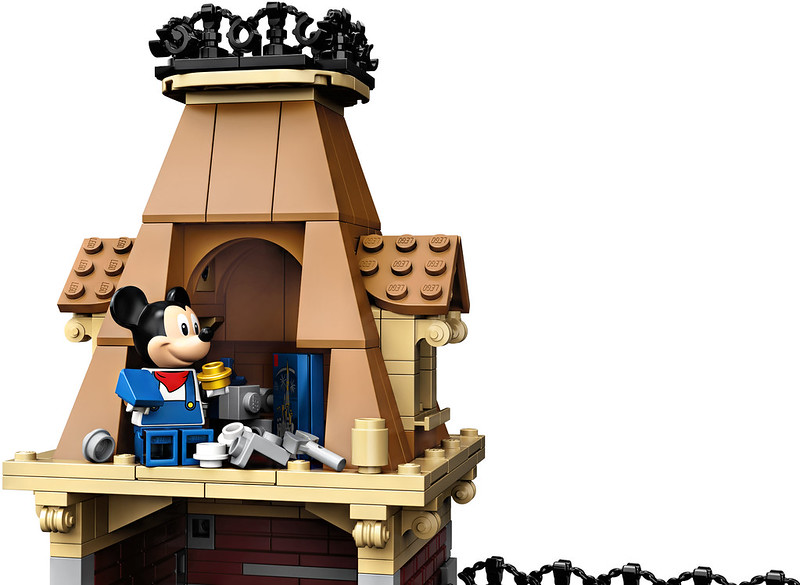 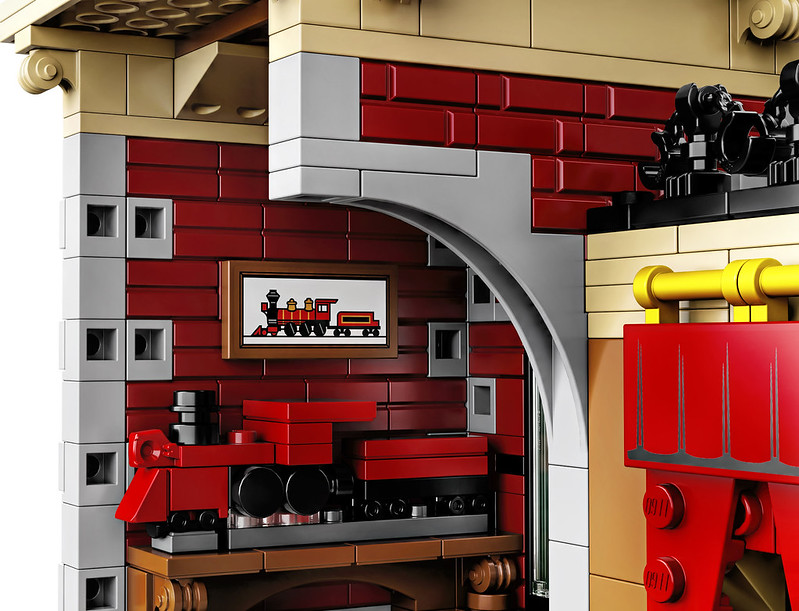 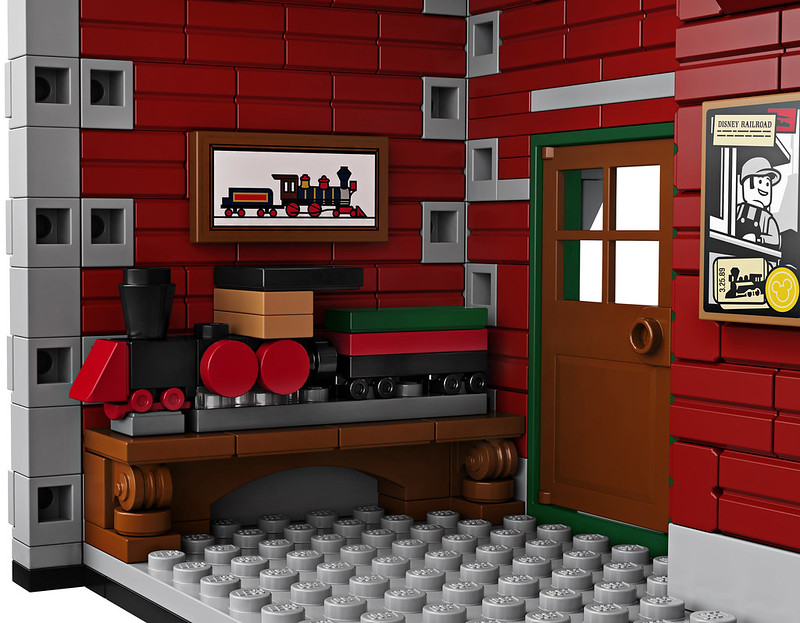 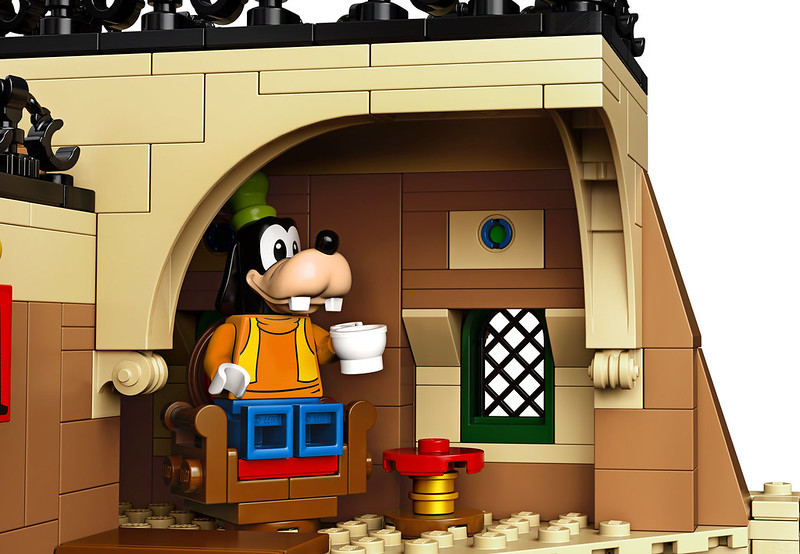 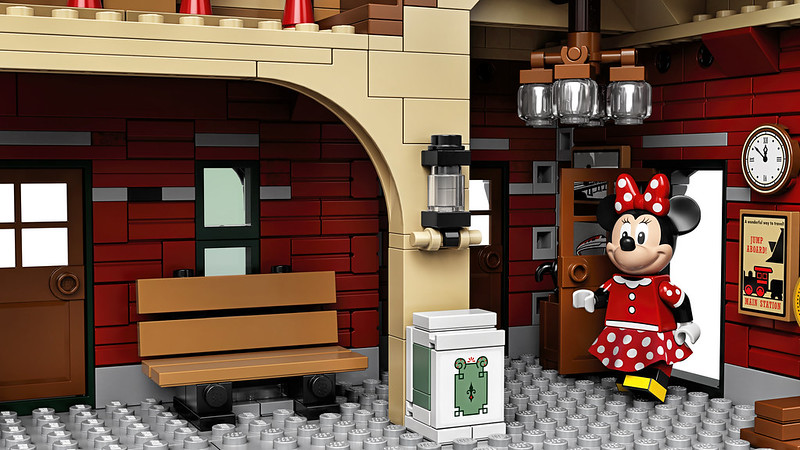 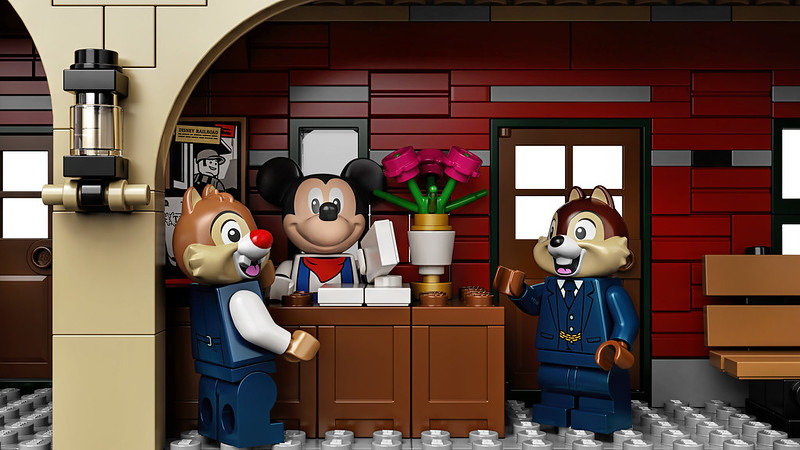 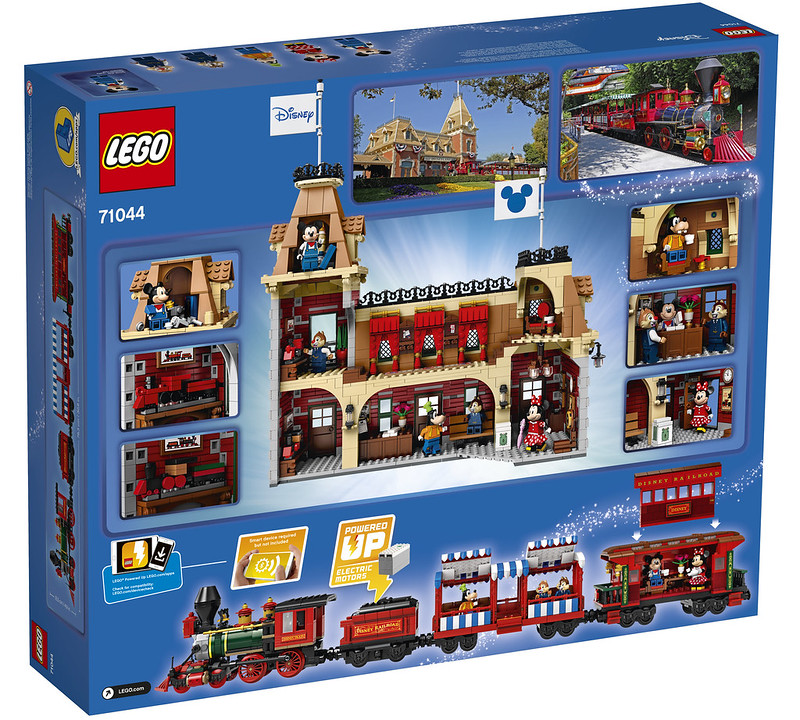