The LEGO Group have partnered with numerous iconic brands over the years, which has expanded the LEGO® building experience to include popular characters and worlds. Licensed sets have become an important aspect of LEGO product range, with a particular polarizing trip to a galaxy far, far away saving the fortunes of the Billund-based toymaker. But one particular partnership has stood the test of time and grown immensely in recent years, and it all began long before LEGO was even LEGO.

As many will know LEGO began as a small carpentry company in the quiet Danish town of Billund. Their first foray into toy making was with a range of high quality, handmade wooden toys. As the business grew, the wooden toys became more varied and LEGO was given permission by the Walt Disney Company to create a wooden toy based on Micky Mouse’s canine chum, Pluto. This simple wooden pull-along toy would mark the start of a very special relationship with Disney. 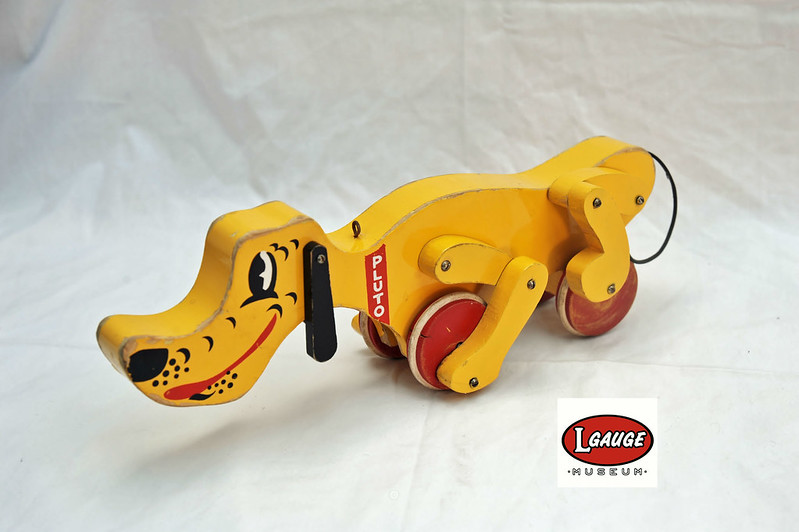 As LEGO moved from wooden toys to plastic bricks, they would revisit their partnership with Disney for a number of notable play themes. In 1999 Winnie the Pooh and friends were recreated in DUPLO form, the following year a Mickey Mouse theme was released, which heavily borrowed from the much-loved Fabuland line. Both these link-ups brought Disney characters to life with unique LEGO elements. But the real magic would begin when popular faces, vehicles and worlds made the leap the standard LEGO system.

By 1999, the fortunes of the LEGO Group looked dire. Things were so bad, it was considered selling the company to a rival toymaker. But an opportunity arose which changed LEGO forever. With Star Wars making a comeback, along with a trilogy of new films, the LEGO management team in the US saw an opportunity to get into the licensed toy game. Something which was proving popular at that time. At that point, LEGO only created products based on their own characters or generic tropes. With many toymakers seeing great results from licensed product lines, some saw this as a way to turn the fortunes of LEGO around. However, there has a long-standing rule at LEGO to not make toys which feature guns, warfare or religion. These didn’t fit the child-friendly image LEGO founder Ole Kirk Christiansen had envisioned for his company. 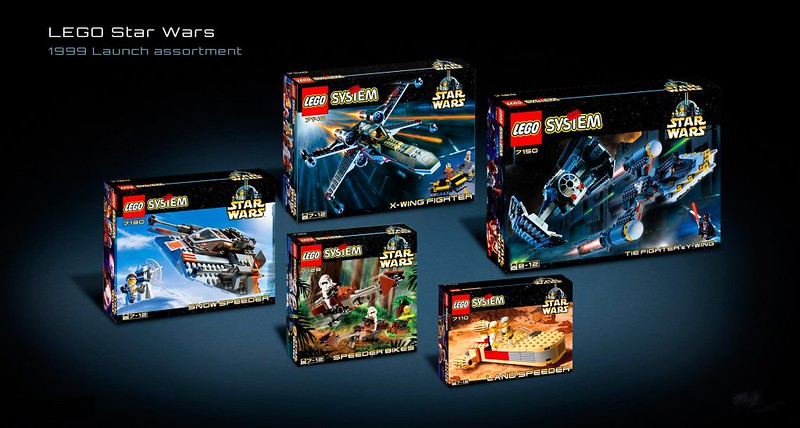 Lucasfilm was game for a link-up and gave the go-ahead to create LEGO sets based on Star Wars. But within the LEGO Group, another war had begun. Many of those in Billund didn’t see Star Wars a great fit for the LEGO brand values. In features guns, fighting, a sort of strange region and it even has war in the title. All things which go against those brand values set by Ole. As the disagreements grew stronger, it would by Kjeld Kirk Kristiansen, grandson to the LEGO founder and president at the time, who gave the green light.

This signalled one of the single most important moments in LEGO history. Being able to build all those wondersome crafts seen in Star Wars movies from the 70s and 80s, reignited a love of LEGO, which would be a little more unusual back then. As a new generation of kids were introduced to Star Wars with new big-screen adventures, the LEGO Star Wars sets were also being purchased by adults for themselves. Many had grown up watching the original films and these LEGO sets sparked a wave of nostalgic fandom which would see the rise of the AFOL.

Although back then Star Wars wasn’t owned by Disney, the brand became part of the group in 2014. Since then the link-up has vastly grown to see LEGO Star Wars sets to become a cornerstone of the LEGO Group’s annual output. Without the success of LEGO Star Wars, we wouldn’t have half the sets we have today. No Batman, Harry Potter, Jurassic World and beyond. But it’s not all about space battles and the Force. The ongoing partnership with Disney has seen sets based on Marvel comics and films, Disney Princesses and numerous iconic Disney characters being brought to life as Minifigures or buildable characters such as those in the BrickHeadz range. One-off themes like the Lone Ranger and Prince of Persia gave us some decent sets, even if the films didn’t do as well as expected. There have also been sets based on Toy Story, Pirates of the Caribbean and The Incredible to name but a few.

However, just like LEGO sets, sometimes it’s the classics which really capture the hearts of customers. Back in 2016, a series of LEGO Minifigures were released based on classic Disney and Pixar characters. They became one of the most popular series up to that point and managed to appeal to beyond just LEGO fans. Since then the world of Disney has been recreated with the Disney Castle, another series of Minifigures and a powered Disney Train. Which brings us nicely to the present day.

As the LEGO Group moves towards crafting LEGO sets to appeal towards their dedicated adult fan base. The Disney brand, along with all Star Wars and Marvel are all being used to create sets packaged in a way to appeal more towards older LEGO fans. In recent months this has seen sets such as the Ultimate Collectors Series A-Wing Starfighter and Star Wars Helmets use this new packaging design. With upcoming sets such as the Iron Man Helmet and the Mickey & Minnie Mouse Buildable Characters following suit.