Last year the LEGO® Creator theme launched a Pale Yellow version of the Fiat 500 car. Earlier this week the same vehicle was re-released in Light Royal Blue as part of a UK only product pilot. The set is only available from UK LEGO stores, from LEGO.com for residents of the UK and Ireland, as well as being available through Zavvi. After already owning the 2020 yellow Fiat 500, I had to get this variant version. But how do they compare? Are there any differences? Here’s a look at the sets together as well as a closer look at the new Light Royal Blue version. 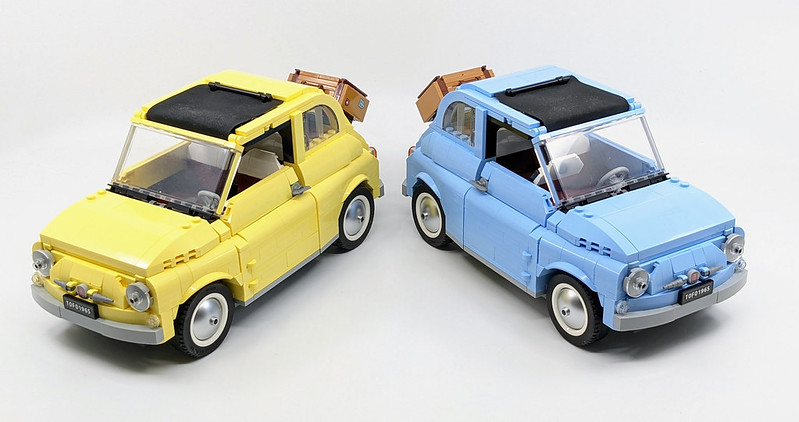 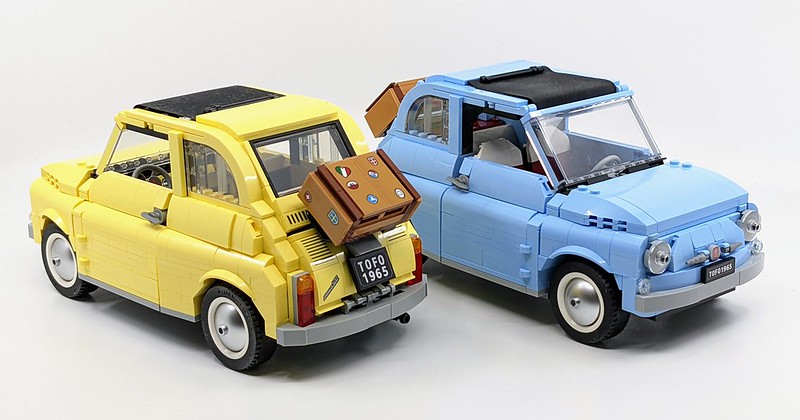 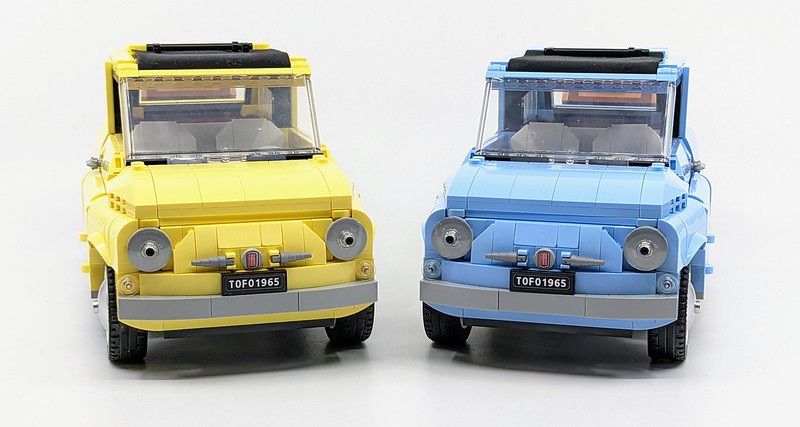 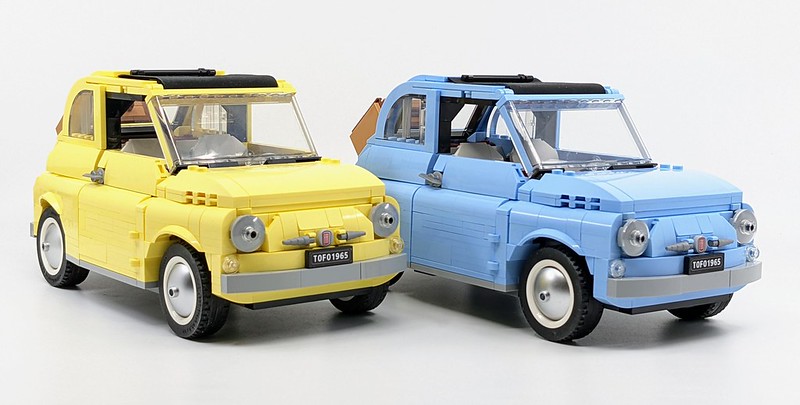 In terms of the types of elements used and the build, both sets are identical. The obvious difference being the yellow pieces switched for light blue ones. Around 48 of these pieces are appearing for the very first time in Light Royal Blue. During a recent fan media briefing for the pilot scheme, it was confirmed the some of the elements will be used in future sets beyond the Fiat. 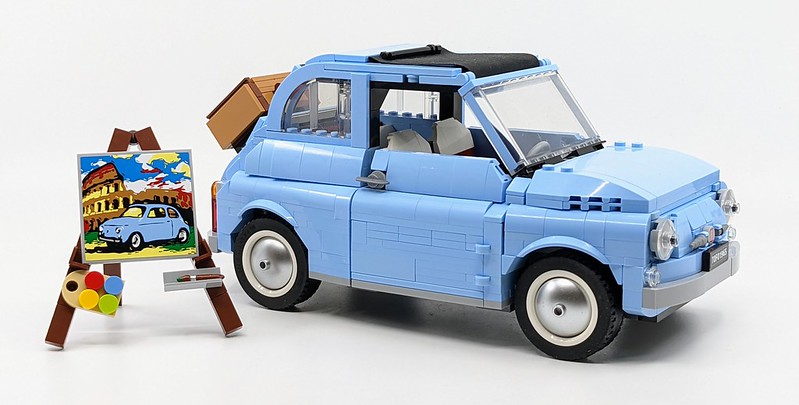 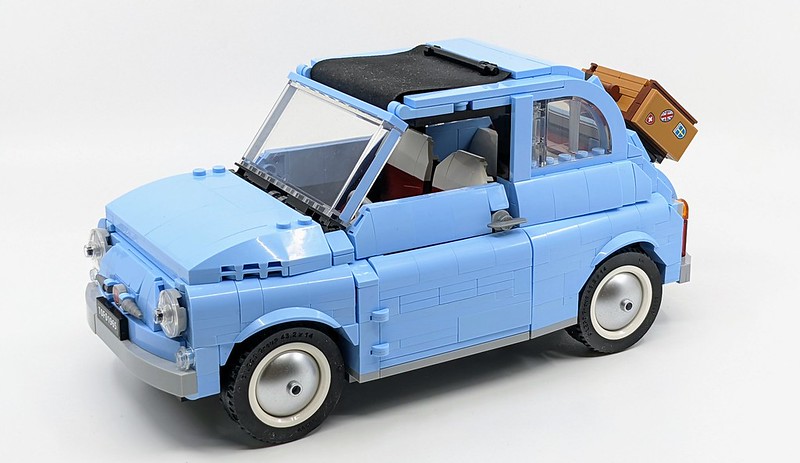 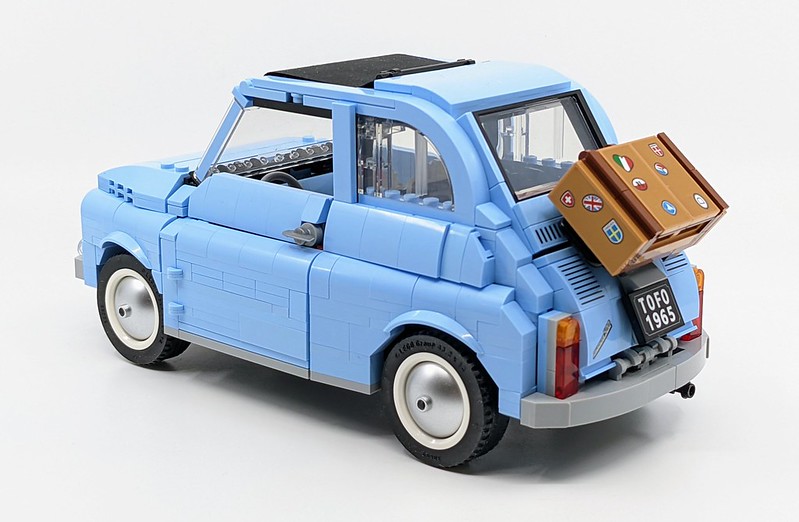 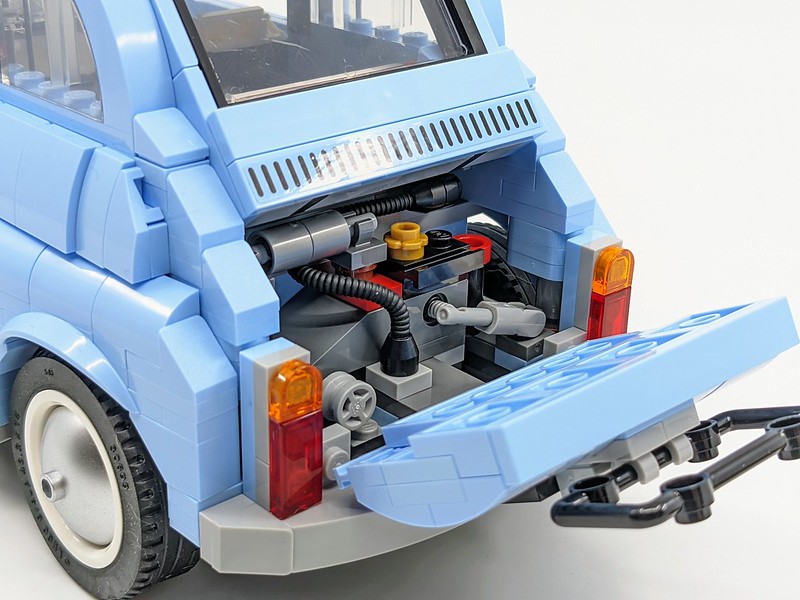 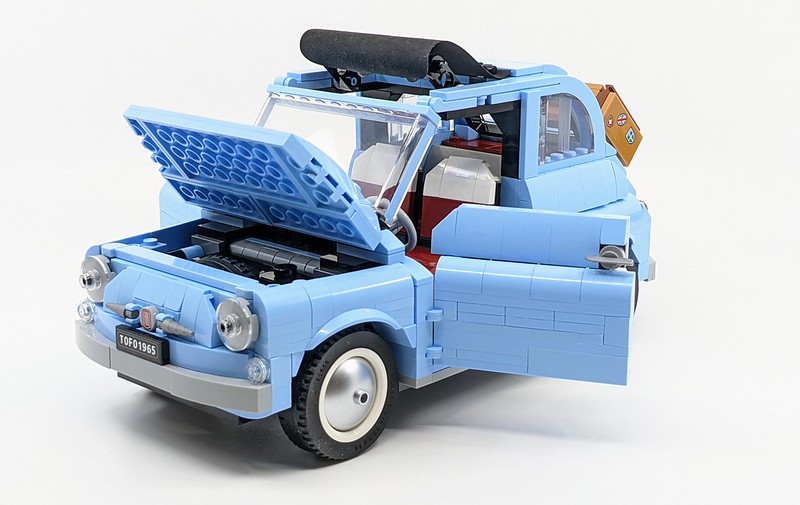 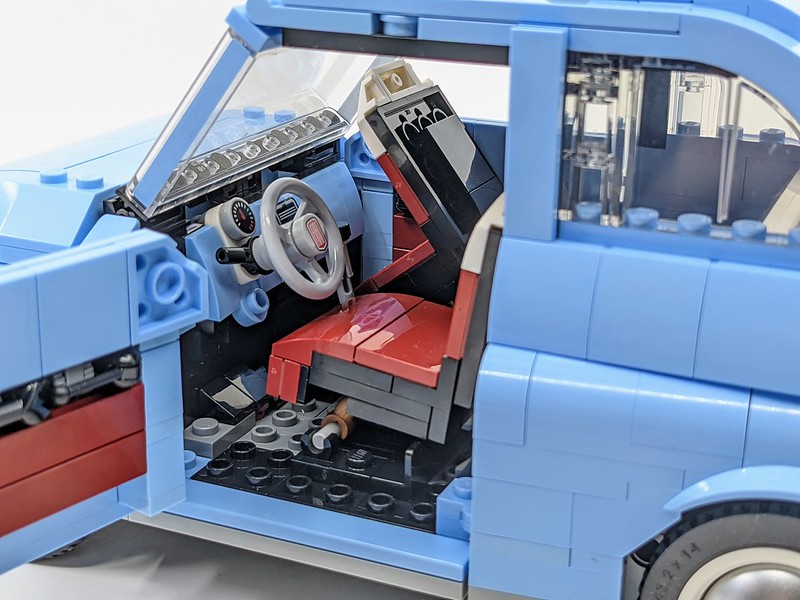 There are a couple of slight changes to the graphic detail elements of the sets, achieved by stickers. These include the alternate number plates using the new set number so 10271 becomes 77942 on both the DK and PN plates. The painting is different as well, with the colour of the car switched from yellow to blue and the colouring of the ground and Colosseum is also slightly different. There is also a minor addition to the set, with a Union Jack badge added to the suitcase. 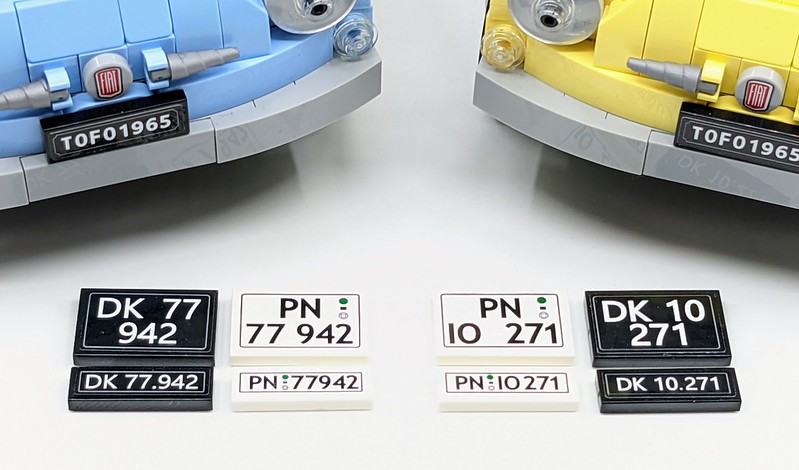 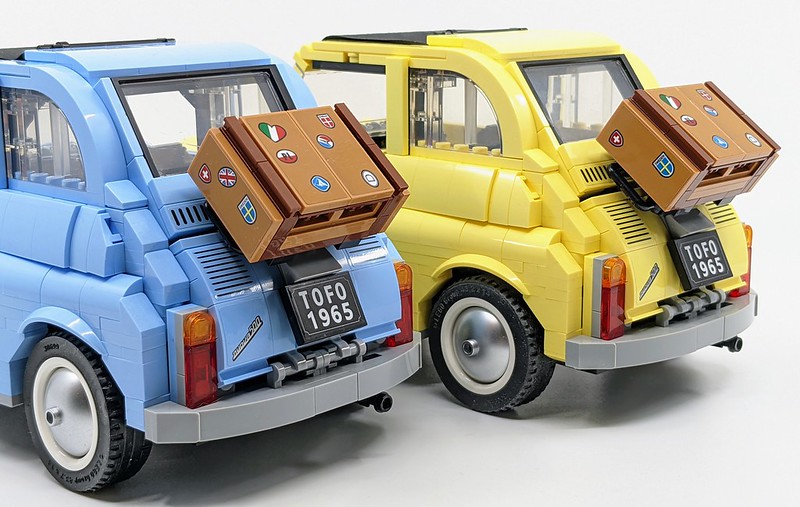 Fun fact, during development of the original Fiat 500 set, both the Pale Yellow and Light Royal Blue colours were considered. They were also both approved by Fiat. I’m not sure which I prefer, but they look nice together, plus the rare nature of the new version is certainly appealing for collectors. The LEGO Group has stated there are currently no plans to release the set in other markets. Sets included in the pilot are also a single production run, so once sold out there will be no additional stock created. Although only available in the UK, Zavvi do ship globally, with stock dispatched from the UK. Details of the UK only pilot scheme and other sets included in it can be found here. 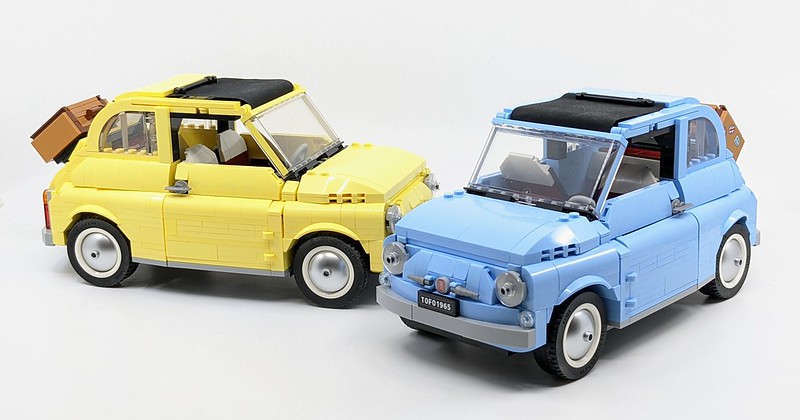