Despite all the various LEGO® magazines now available, the newly launched LEGO City magazine has proven quite popular, so you’ll be pleased to know the third issue of the LEGO City Magazine is now available. In the third issue you get a LEGO City Scuba Diver minifigure along with some sea-themed accessories and a shark! The magazine features the usual comic strips, puzzles and posters plus the chance to win LEGO City prizes. The LEGO City Magazine is also part of the LEGO Special range with has includes LEGO Elves, LEGO BIONICLE and The LEGO NINJAGO Movie among others. We’ll be taking a closer look at the LEGO City Magazine free gifts along with the rest of November’s LEGO Magazine releases in the next few days. LEGO City Magazine Issue 3 is available now from WHSmith, Sainsbury’s, Asda, Tesco and selected independent newsagents, priced at £3.75. It’s on sale until December 12th when it will be followed by the next LEGO Specials – LEGO City Issue 4. 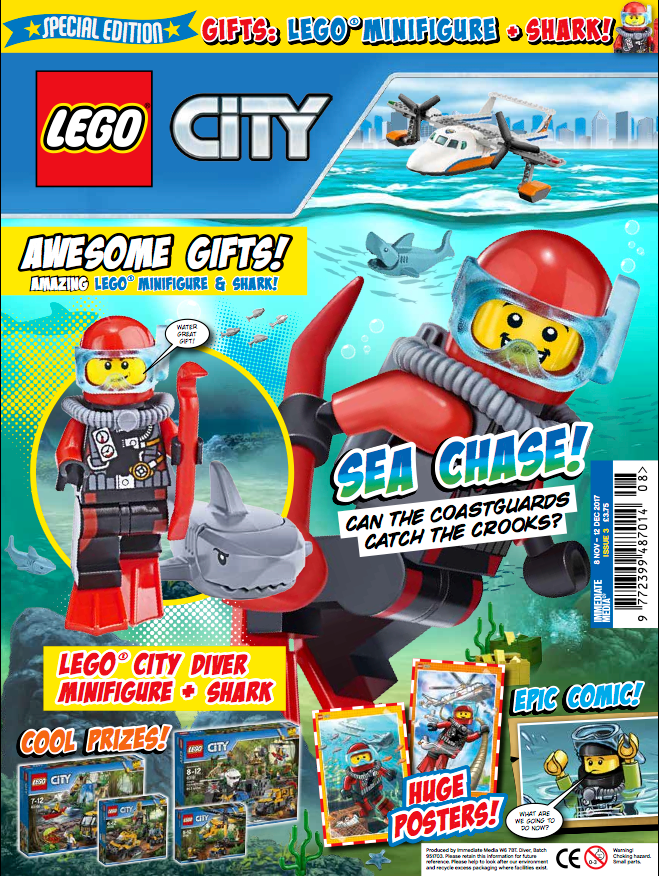