The first of the new LEGO® Build Your Own Adventure books have arrived. These books are similar to the old LEGO Brickmaster titles and combine a basic story, inspirational builds and an exclusive LEGO minibuild and Minifigure, Although there are two titles due to be released in 2020, they are being published at different times. So only the new LEGO City Build Your Own Adventure Catch the Crooks title is available. The biggest draw for most LEGO fans will be the exclusive LEGO set included with the book. But the book also includes a great selection of build ideas, mostly created by fan builders, with input from the LEGO Design Team. So here’s a closer look at the book and the exclusive LEGO model. 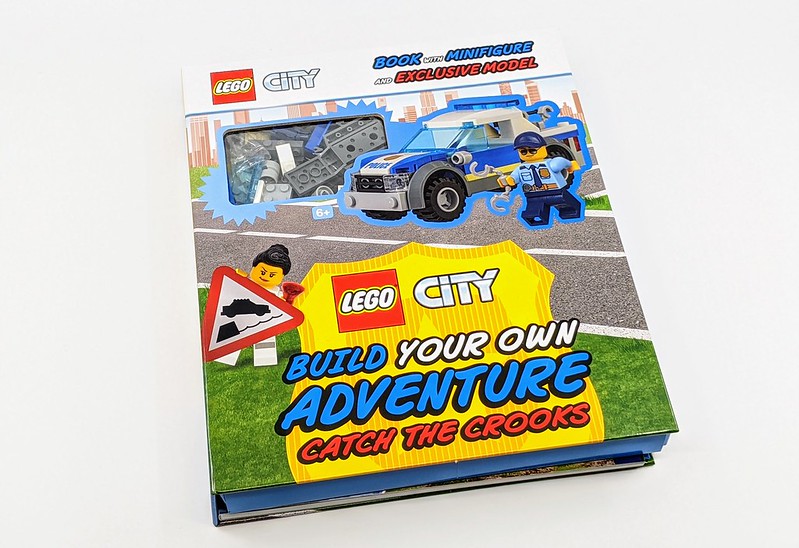 Get ready for an exciting LEGO® City adventure!

Discover building tips and ideas to inspire your own LEGO® models. Follow the instructions inside to build an exclusive model – a police patrol car – with the bricks in this book. Then grab your own LEGO bricks and the minifigure that comes with this book to help the LEGO City Police track down a missing jewel – and the crooks! 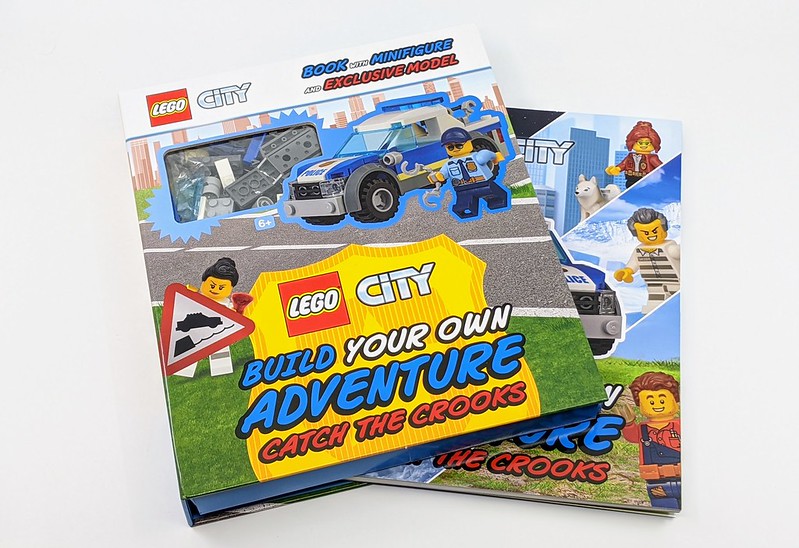 The package includes a slipcase which features a book and a flip-up section built into the cover, in which you will find a polybag of LEGO elements. Unlike past Build Your Own Adventure books, there are no extra bonus goodies, so no posters or bookmarks. Another change is the actual book, these use to be hardback, instead, the one included here is a paperback. 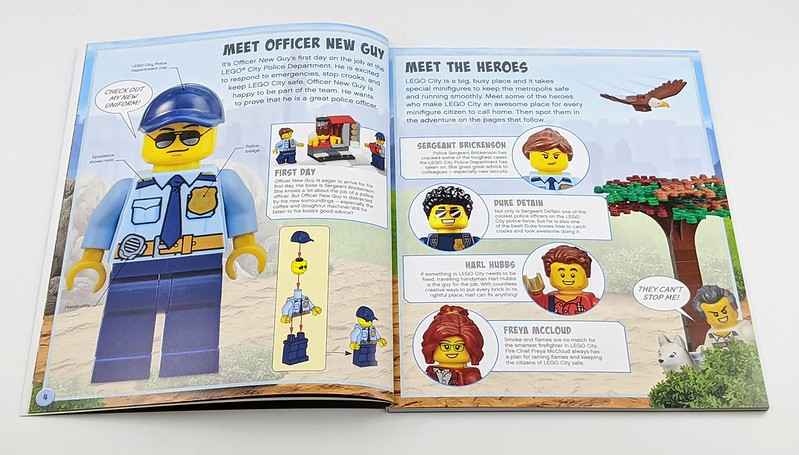 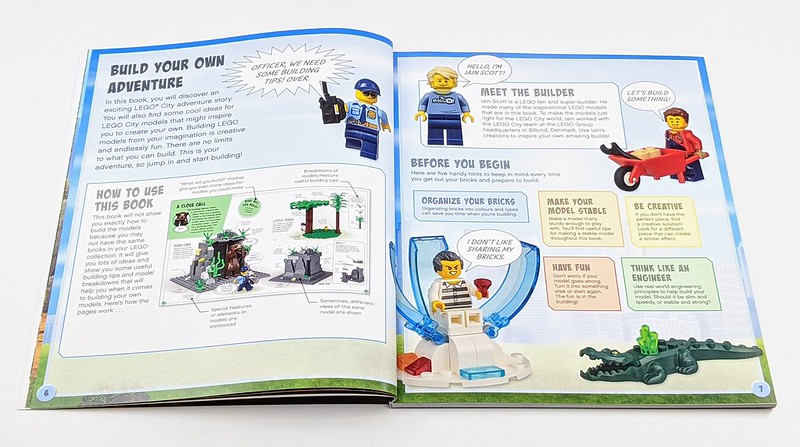 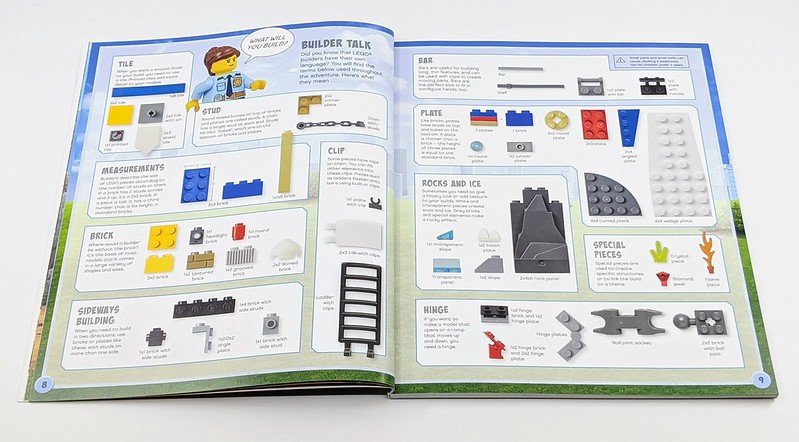 Inside the book is a connected adventure which crosses various chapters each based on a different theme. Each of these chapters offers up various inspirations builds. The running thread is, of course, LEGO City and mainly the LEGO City Police Department, so there are some wacky police vehicles ideas. My favourite is the LCPD spaceship and Minecarts. Although there are no instructions for these builds, the photography shows them quite clearly and you can always get creative with your own collection of bricks. Before anyone asks, there are no specific sets you can buy to recreate these inspirational builds. Although the LEGO City Police Brick Box would be a great starting point for many of the featured builds. 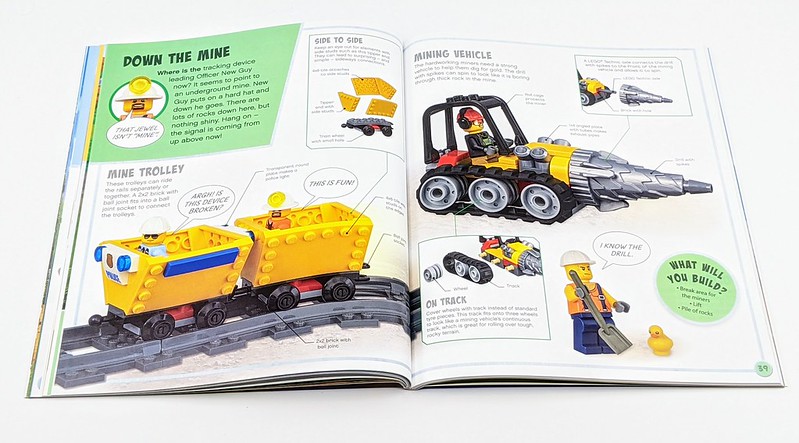 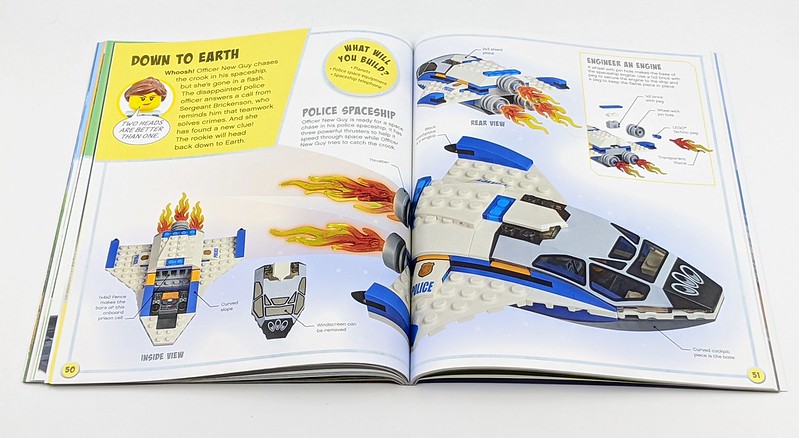 The book includes an exclusive Minibuild, along with a Minifigure. Following the LEGO City theme, this is a Police Patrol Car and Police Officer Minifigure. Although the Police Car looks quite similar to others found in various LEGO sets, the 4-stud version here is exclusive to the book and looks quite nice. It includes a strip of pale yellow plates, which seems to be a new trait for LEGO City emergency vehicles. 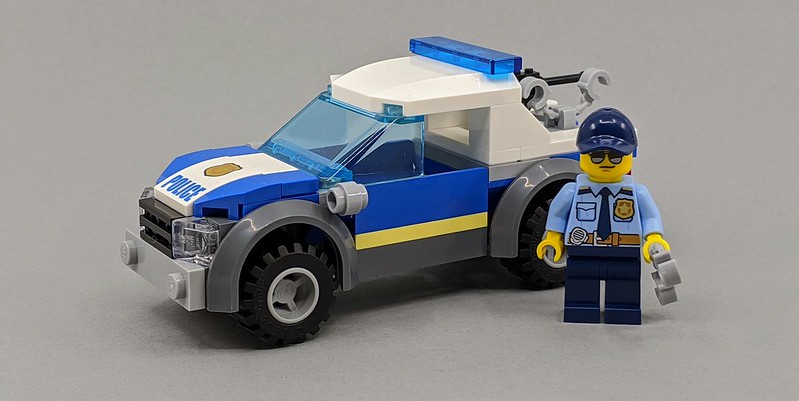 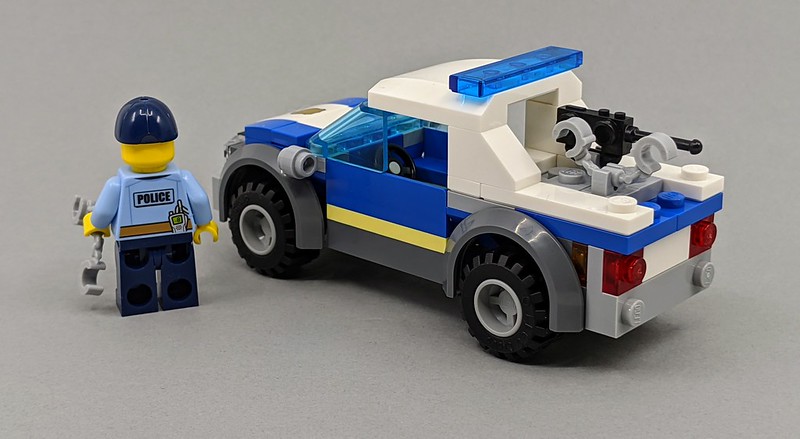 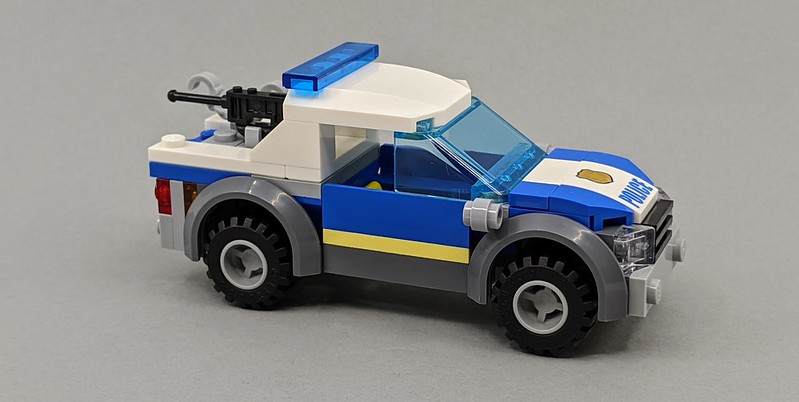 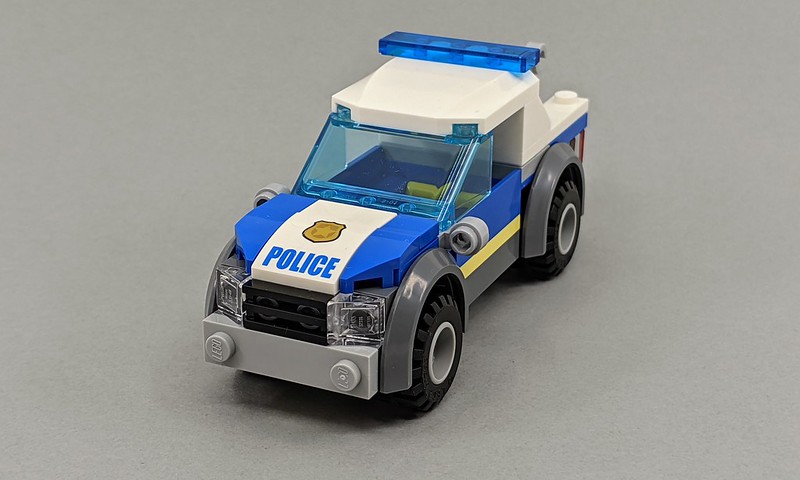 As with many of these LEGO books, the draw for AFOLs is often the physical LEGO elements, although the Police Patrol Car is a great little build, there is nothing very rare about it, more so with the Minifigure. The book has some impressive inspirational builds, many of them are loosely connected to the story running throughout the books. Still, they are a great resource for younger builders. LEGO City: Build Your Own Adventure is available now from Amazon and all good book retailers.