Manchester United is one of the most recognisable sports teams in the world. They boost over 650 millions supporters worldwide and their stadium, Old Trafford, is one of the biggest in Europe. Dubbed the Theater of Dreams, Old Trafford has been the home of United since 1910. This February, the ground celebrates its 110th anniversary and to mark the occasion LEGO® will be releasing a set based on the world-famous stadium. The 3898 piece set features all the iconic elements of Old Trafford, including Trinity Statue, Munich memorial clock, Sir Alex Ferguson Stand and many more. The set will be available directly from LEGO stores and LEGO.com this Thursday for VIP members, with the set being available for all from February 1st. 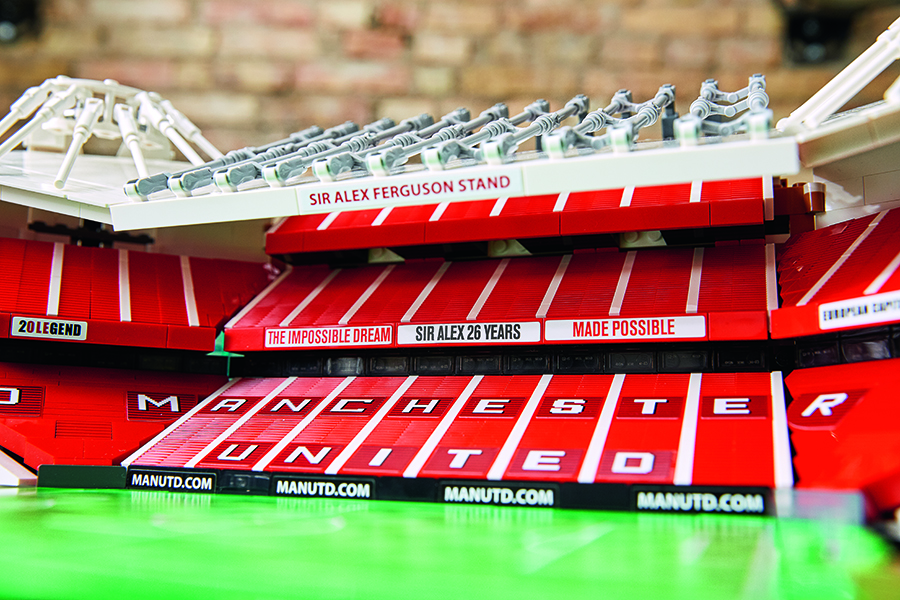 For the first time ever, Manchester United fans can now build and showcase a unique and authentic LEGO® model of the ‘Theatre of Dreams’.

[Billund, January 13th] Manchester United and LEGO® fans alike can now build Old Trafford brick by brick. The 3898-piece LEGO Creator Expert model is a spectacular tribute to one of football’s most iconic stadiums and makes for a true collector’s item that is bound to take center spot at home or the office.

The model is a true celebration of the passion for the game shared by fans all over the world, paying special homage to Manchester United fans. Developed particularly for fans aged sixteen and up, the high attention to detail makes this LEGO model of Old Trafford so special. The 1:600 replica model features several authentic details including the United Trinity statue and the Munich memorial clock. 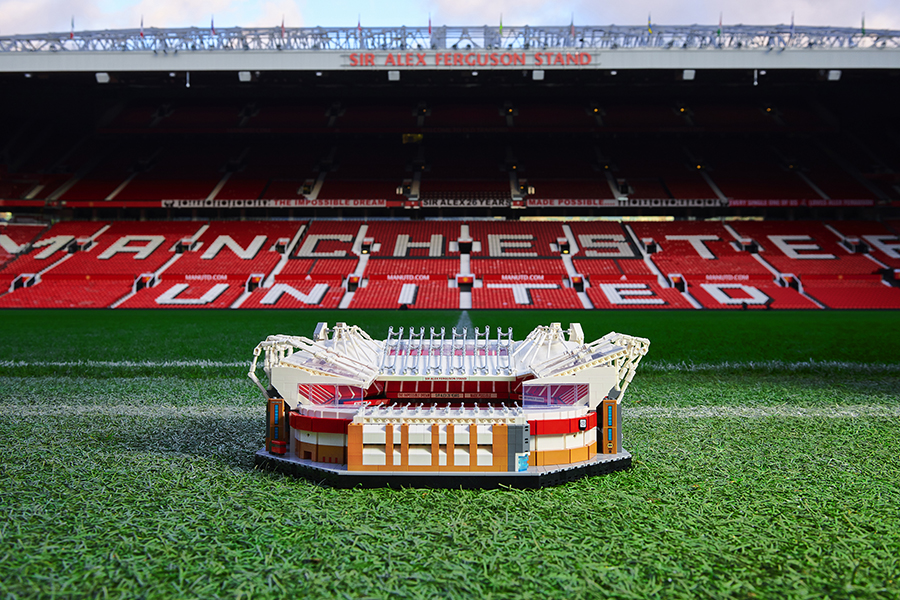 The model will bring Old Trafford to the homes of Manchester United’s enormous fan base of 659M fans worldwide and to those that have not yet been able to experience the stadium in person.

Manchester United’s Director of Partnerships, Sean Jefferson comments:
“Our Old Trafford stadium is as iconic as Manchester United itself and we are proud to be able to bring it to life in LEGO form. I think everyone has played with LEGO bricks at some point in their life, however it’s still amazing to see the level of detail the LEGO designers have managed to recreate in this piece. We are sure it will be hugely popular amongst Manchester United and LEGO fans alike.” 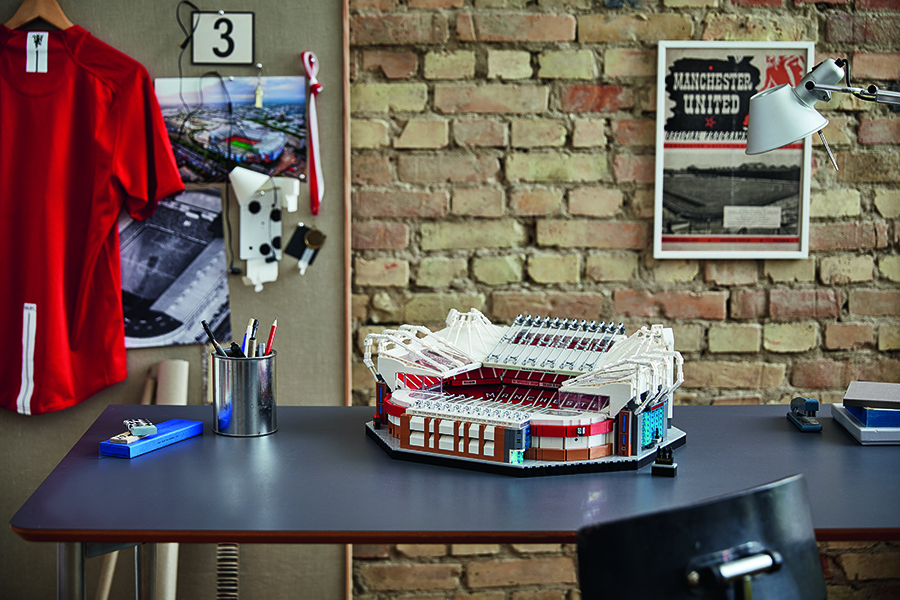 Building this set is sure to be a nostalgic experience for Manchester United fans while also providing a rewarding building experience for LEGO fans. The building instructions includes information on the stadium and its rich heritage and history as well as the designers that have brought the set to life.

“To create Old Trafford in LEGO bricks was a tremendous design challenge for the team, and we couldn’t be happier with the result. The 110-year-old stadium provided us with so many important locations, features and stories to tell as we constructed this model. We are excited for our fans to be able to experience all of that history and attention to detail as they construct and proudly display this iconic stadium.” – Michael Psiaki, LEGO Design Master.

Kickoff is on January 16th 2020 when the model will be available directly from LEGO Retail Stores and www.LEGO.com/Old-Trafford exclusively for LEGO VIP members, with general availability beginning February 1st 2020, in time for the stadium’s 110th anniversary. 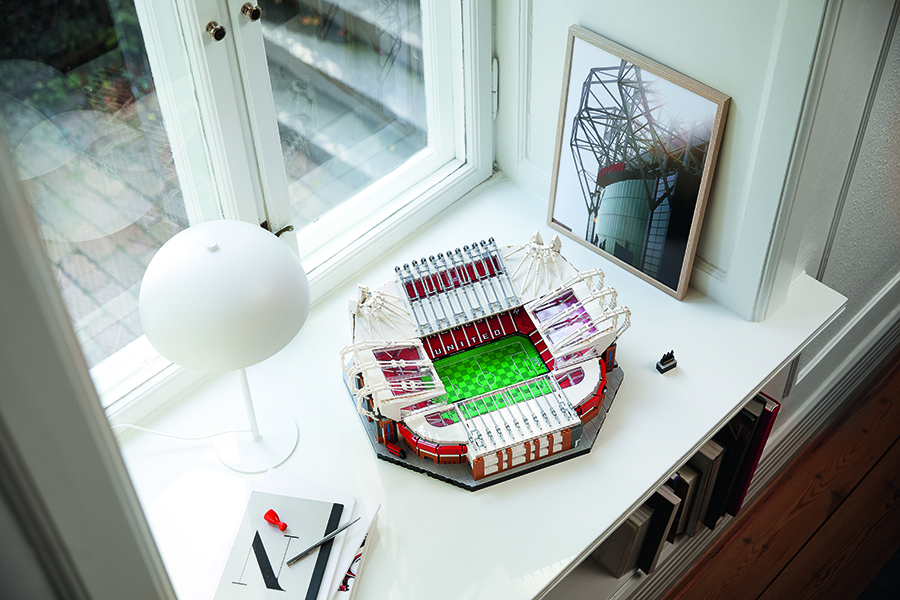