Over the years you may have spotted funky little brick-built pictures on social media, especially if you followed Chris McVeigh. These LEGO® illustrations were known as Brick Sketches and used layers of LEGO elements to create stylised 2D pictures. Chris would often share his creations across social media before he was recruited by the LEGO Group in early 2019. But Chris’ move to Billund wouldn’t be the end of these fun MOCs. LEGO often hold something called a Creative Boost, which gives employees the opportunity to propose their own product ideas or themes. Chris, who had not long been at his new role in Billund, decided to recreate some of his Brick Sketch designs, and they impressed the bosses. 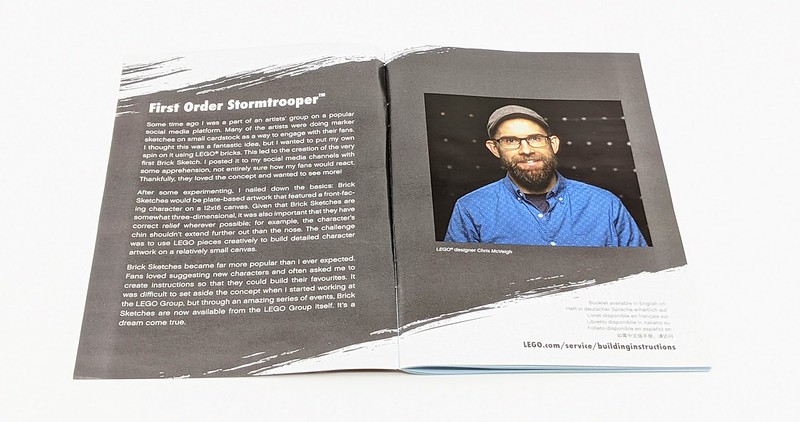 Fast-forward to 2020 and they are now an official new LEGO theme. Which is why Chris is featured in the instruction booklet. Normally this is only reserved for special, larger sets. But as Brick Sketches are Chris’ original creation, it’s only fitting he introduces the set. As many of the original designs used iconic characters, they fit nicely into existing licenses. The first four sets released as part of the LEGO Brick Sketches theme are inspired by characters from Star Wars and DC Comics. As they are fairly similar in the basic design, I thought I’d do a single review of all four sets. So let’s take a closer look at the LEGO Brick Sketches.

The Brick Sketches all follow a basic similar design so their base canvas, these are created by a layer of four 12×4 white plates, which create a 12×16 surface area. On the rear is a border of 1×10 and 1×16 bricks plus a layer of plates and connection points. These give you various display options, so they can be hung thanks to the coupler plate element. They can be plates on a flat surface via four 2×2 Round Slide shoe elements. But for many, the kickstand is the most useful display option. This is created by a couple of Technic rods connections and is connected by a couple of 1×3 hinge stub plate elements. It can be angled at various levels, to allow the Brick Sketch to sit at different angles. 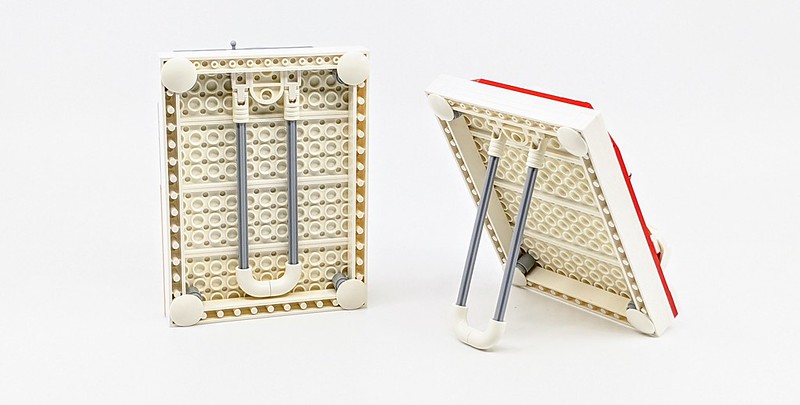 The images are created largely by various plate elements. These are layered to help to give the image a textured surface. As you can see they almost have a 3D look when viewed side-on. When looked at face-on The designs are a little different to Chris’ original MOCs as they make use of newer elements such as the triangular plates. Below is a closer look at each of the four sets. 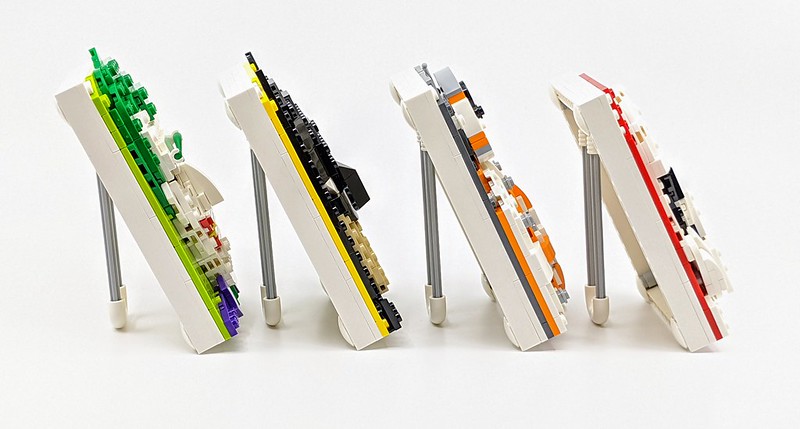 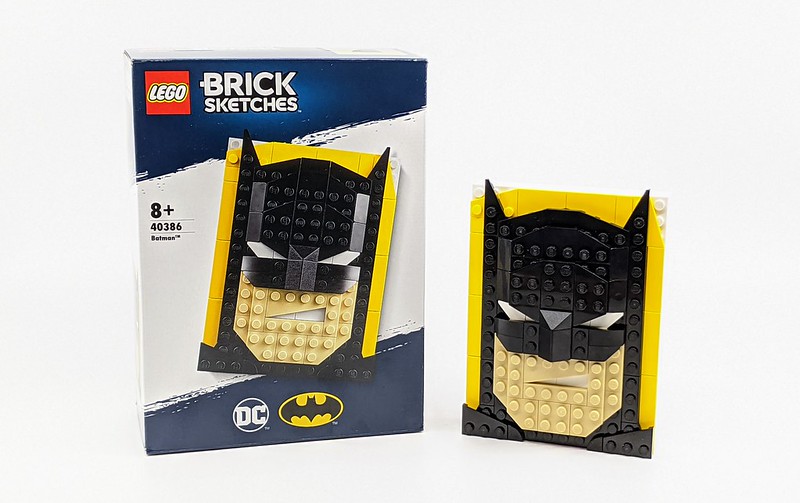 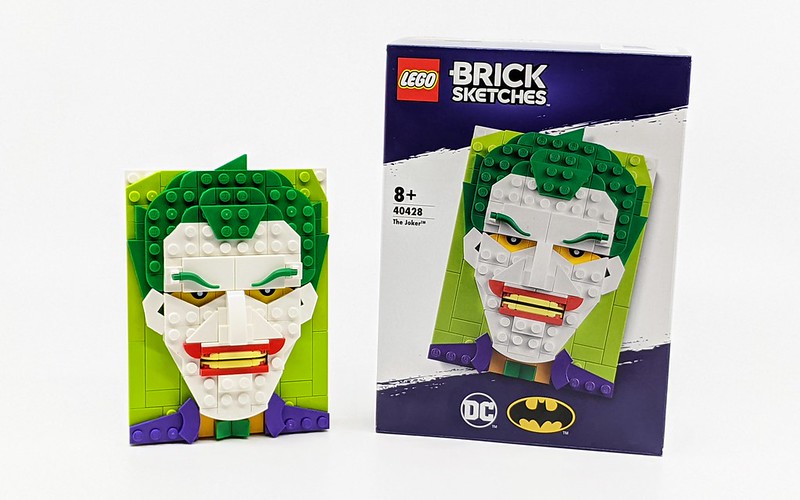 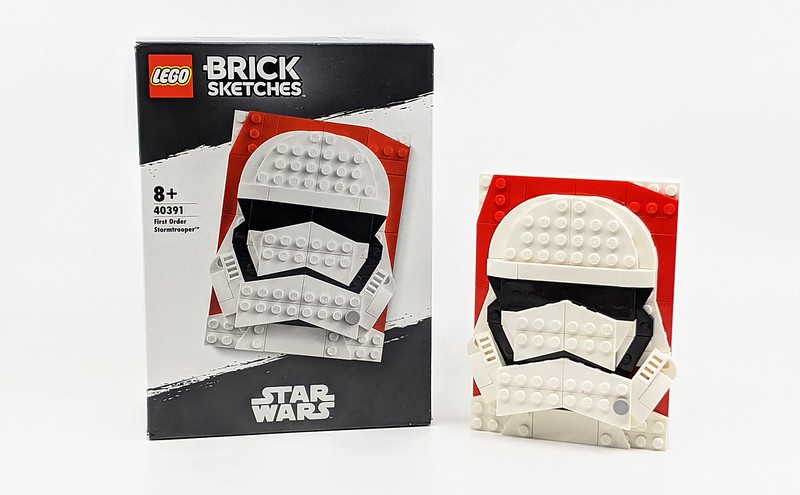 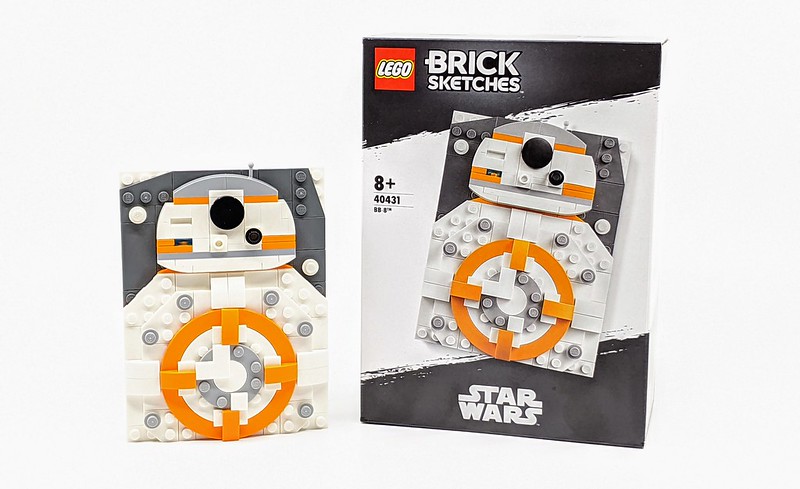 I’ve always admired the designs Chris used to share on social media. So I’m delighted they are now available as an official LEGO product. They offer a unique build experience as you are layering elements instead of building 3D structures or vehicles. The result is a fun looking display piece, that would look great hanging on the wall or sitting on a desk. I assume this will become an ongoing theme similar to BrickHeadz. So there are numerous licenses and characters which can influence future releases. 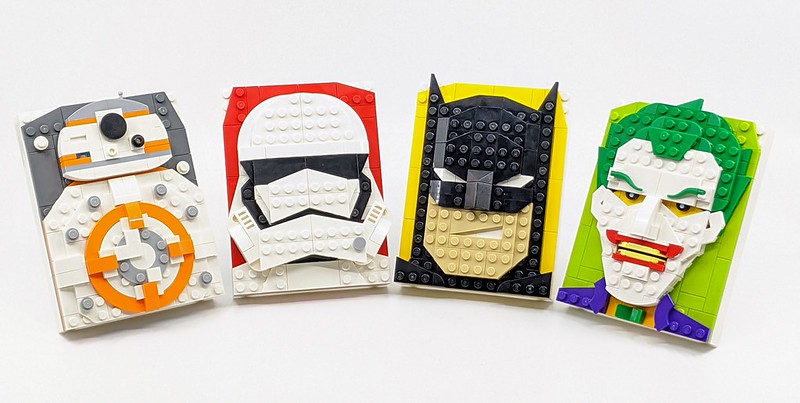