Marvel.com has revealed a number of new products based on the next Marvel Studios movie Black Widow and of course that includes a new LEGO® set. Black Widow’s Helicopter Chase will feature, unsurprisingly, a helicopter, along with Natasha Romanoff, Yelena Belova and Taskmaster Minifigures. It’s a shame we aren’t getting a Red Guardian Minifigure. The 271 piece set will arrive in March. In the US it appears to be a retailer exclusive set, with Target and LEGO retail channels stocking the set, ahead of availability at Disney parks. Expect it to arrive in the UK and Europe around the same time. Check out the set below. 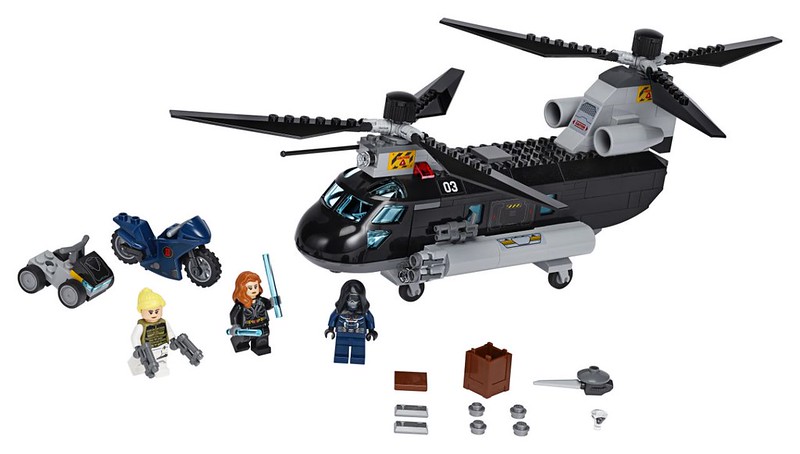 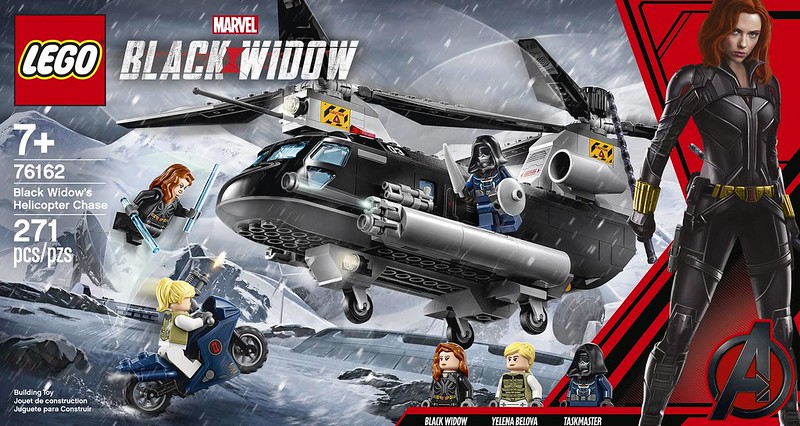 Via The Brick Fan