The latest LEGO® Specials magazine hits stores today and it marks a return for The LEGO Batman Movie Magazine. As we’ve previously mentioned the LEGO Specials range of magazines flip between different LEGO themes with every issue. Past issues have been based on LEGO Elves, LEGO BIONICLE, The LEGO NINJAGO Movie and LEGO City. The LEGO Batman Movie Magazine was initially released around the same time as the movie and included a LEGO Batman minifigure with issue 2 following a few months later and included a Joker minifigure. Issue 3 which is out today, includes another LEGO Batman minifigure, complete with a grapple gun. It also reveals that there will be an Issue 4 released on June 27th and will include a Harley Quinn minifigure. Before that the LEGO City magazine returns on April 4th. The LEGO Specials magazines can be found in WHSmith, Sainsbury’s, ASDA, TESCO and all good newsagents. 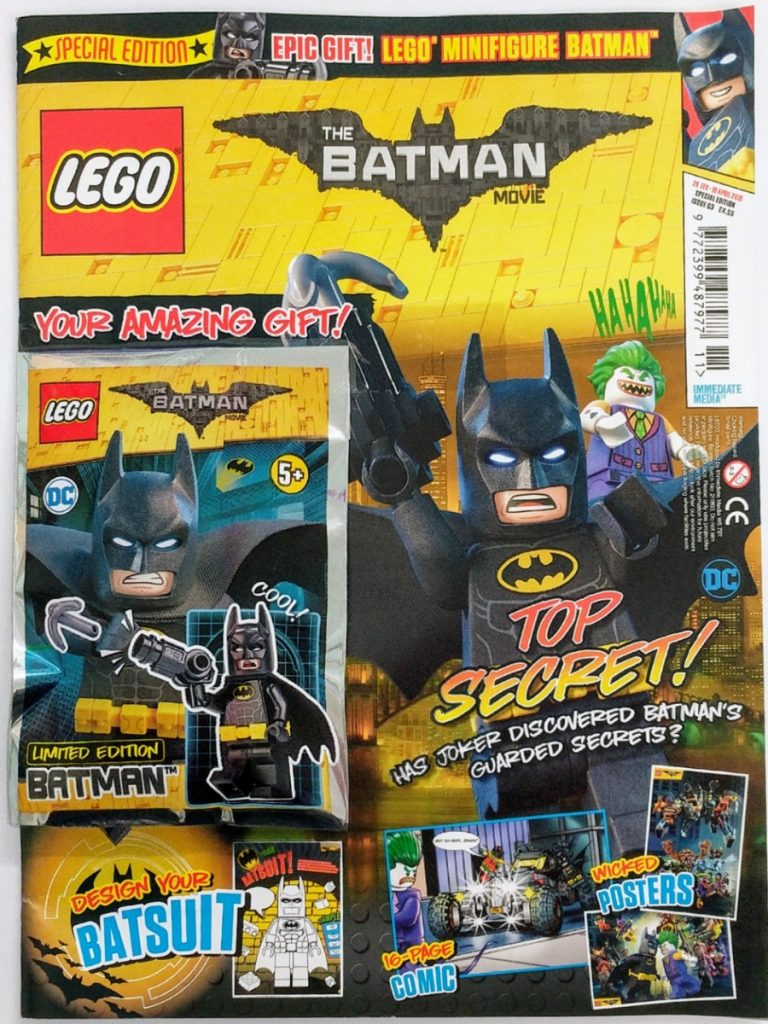