The re-released version of the LEGO® Architecture Burj Khalifa set is now available from LEGO.com. The set was originally released as set: 21031 in 2016. It was then re-released as set: 21055 but only for Arabian market. Now you can order the set online directly from LEGO at a much cheaper price than the secondary market. It’s currently only available for the UK and European market. It only seems to be available online, so you might not find it in LEGO stores. Although it’s not really a special set nor that exciting, but it’s nice to have another mention of getting it without heading to Dubai. 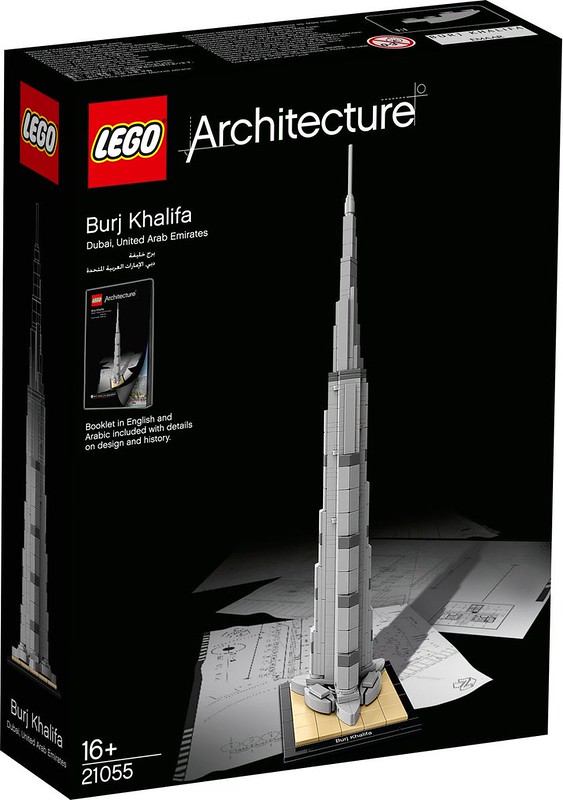 Spectacular display
A wonderful gift idea for LEGO fans, Dubai residents and visitors, and all admirers of this ‘living wonder’, this building kit delivers an immersive, rewarding building experience and yields an eye-catching display piece for any home or workplace.

Welcome to LEGO Architecture
LEGO Architecture sets capture the essence of the world’s best-known buildings, monuments and cities. From iconic landmarks to city skyline models, there’s something for anyone interested in architecture, travel, history and design.