LEGO Announces Sets Based On The LEGO NINJAGO Movie

The LEGO® Group has announced official details of their upcoming new range of LEGO playsets based on The LEGO NINJAGO Movie. There will be 15 sets released across various retail channels starting from September 1st. Along with a special edition series of the popular LEGO Minifigures range. This will include 20 new characters to collect. Please note this press release is focused towards to the US market so retailer exclusive sets may vary here in the UK and we’ve been asked by the UK press team not to share images of the other sets, hence the lack of images here. 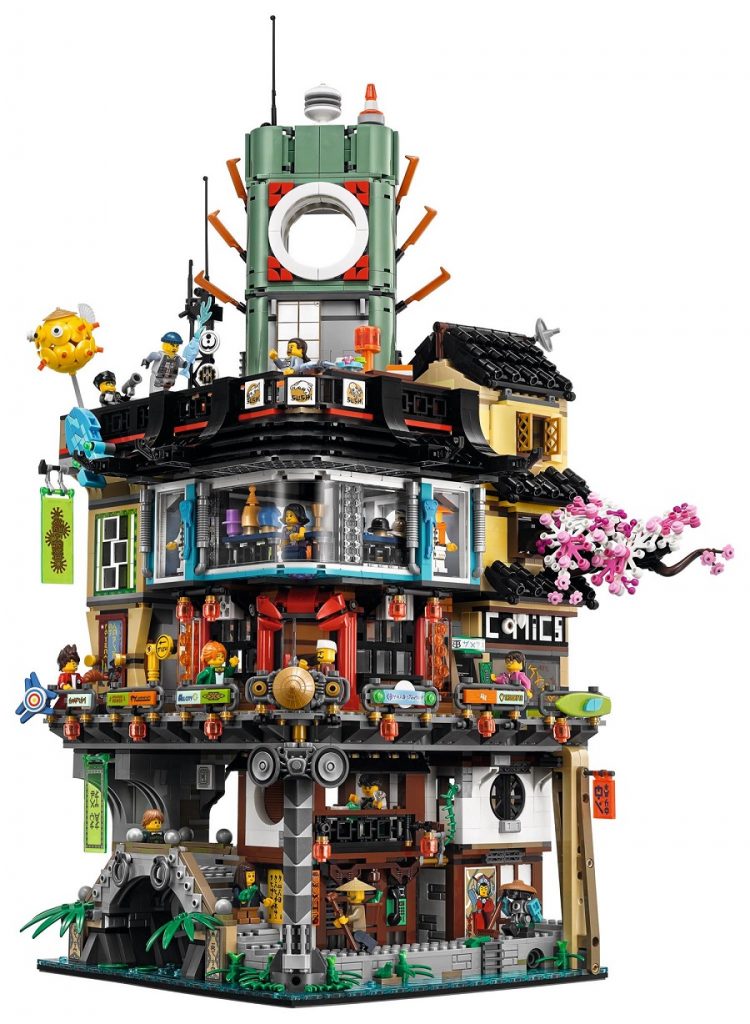 BILLUND, Denmark, June 23, 2017 /PRNewswire/ — The LEGO Group today announced that The LEGO® NINJAGO® Movie will spin its way off the big screen and into playrooms around the world beginning August 2017 through a collection of 15 building sets and a new series of collectible LEGO Minifigures based on the film’s characters. Builders of all ages will have an opportunity to recreate scenes and adventures from the highly anticipated animated feature film from Warner Bros. Pictures, Warner Animation Group and LEGO Systems A/S. The film opens in cinemas worldwide beginning September 22 in 2D and 3D.
“NINJAGO has captured the imaginations of kids around the world for years through building sets, a hit animated television series, and a roster of lifestyle merchandise, so we’re thrilled to introduce an amazing collection of building sets based on the highly anticipated film, The LEGO NINJAGO Movie,” said Jill Wilfert, Vice President, Licensing and Entertainment, at LEGO Group. “The breadth and variety of these toys, from dojos to mechs to subs – guarantees that NINJAGO builders will enjoy hours of action-packed building and play recreating – and hopefully expanding upon – the film’s story.”
Inspired by key moments, mechs and characters from the film, 15 building sets, ranging in price from $9.99 to $299.99, will be released in both in advance of, and following the film’s debut. Additionally, the company’s highly popular LEGO Minifigures series of blind bag packed collectible figures will introduce a Hollywood-inspired collection of 20 characters, featuring exclusive minifigure versions of characters from the film not found in any other LEGO sets, available for $3.99 each.

Beginning August 1, the following will be available at your favorite place to shop for LEGO toys: