One of the yearly LEGO® highlights has to be polybags. These little tasters of various themes crop up in all sorts of places, from promotions run by in LEGO stores or online, at LEGOLAND stores, supermarkets and even magazines. Admittedly they aren’t always the easier things to track down but many of the sets being released this year, in whichever form, have already been revealed. I’ve found a few on eBay and thought I’d take a closer look at them. They include two NINJAGO polybags, including one based on the new Season 14 series. Plus a Creator 3-in-1 and a LEGO City set. So here’s a brief review of them.

One of the most exciting of the four sets featured here today is based on the upcoming 14th season of the NINJAGO TV show. Dubbed The Island, the new range of sets coming in March will feature the Masters of Spinjitzu in all-new outfits. The polybag is also based on the show and features a small quad bike vehicle and Lloyd Minifigure. The little quad bike build is quite fun and has a number of ninja twists including gold weapon trims and a flag mounted on the rear, which used the dragon blade hilt. But the real draw is the Minifigure. The new outfits appear to be more open and loose-fitting compared to the previous series. The print detail on the torso is very impressive, especially the little leafy trim. Lloyd’s face print also features ‘war-paint’ markings. The ninja hoods are also ditched in place of a bandana, which gives the character a fresh appearance. 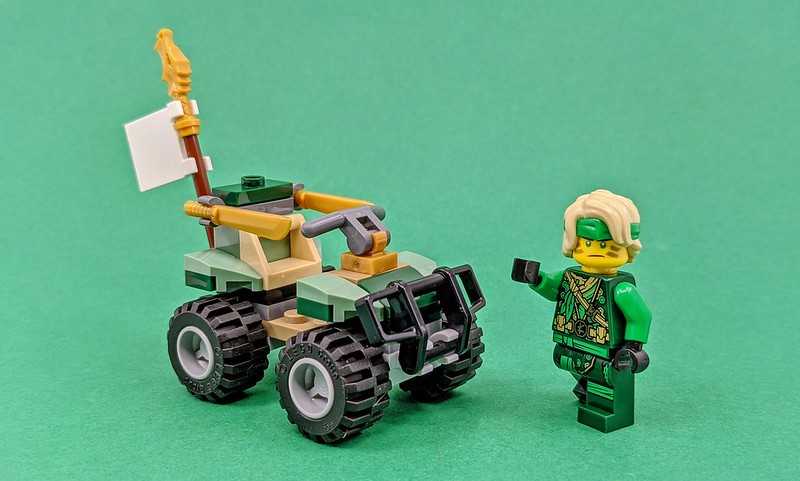 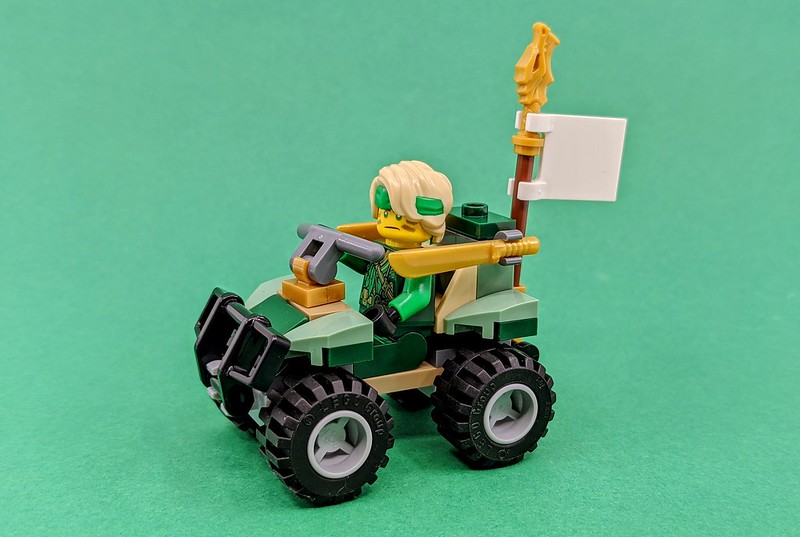 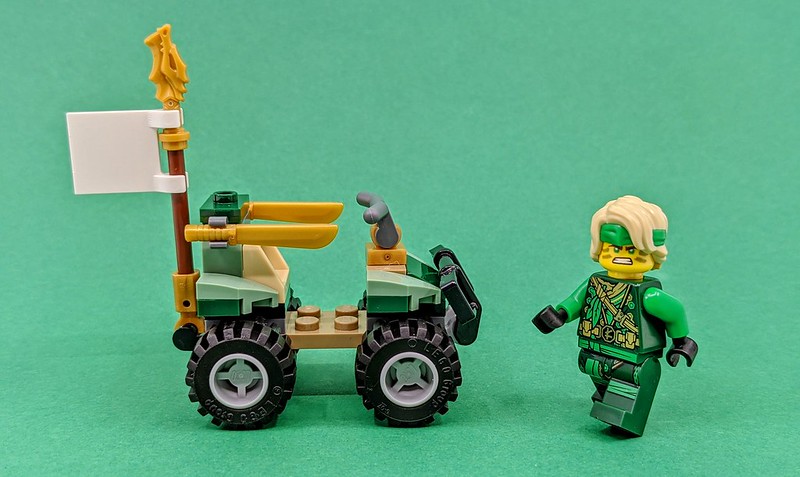 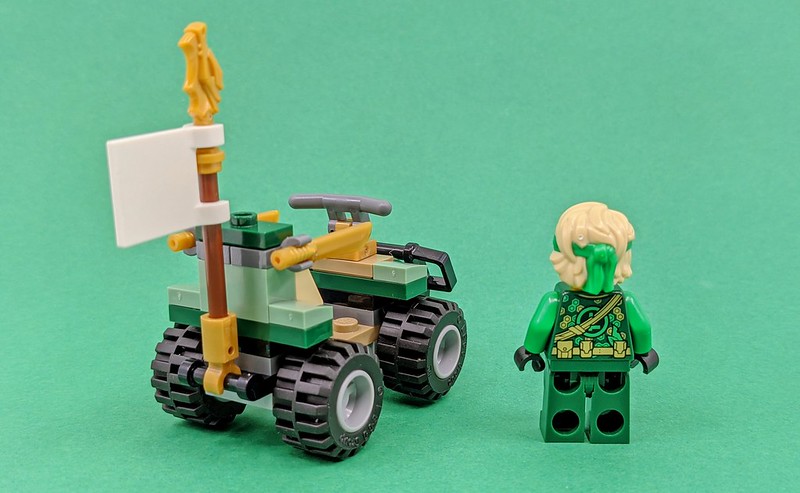 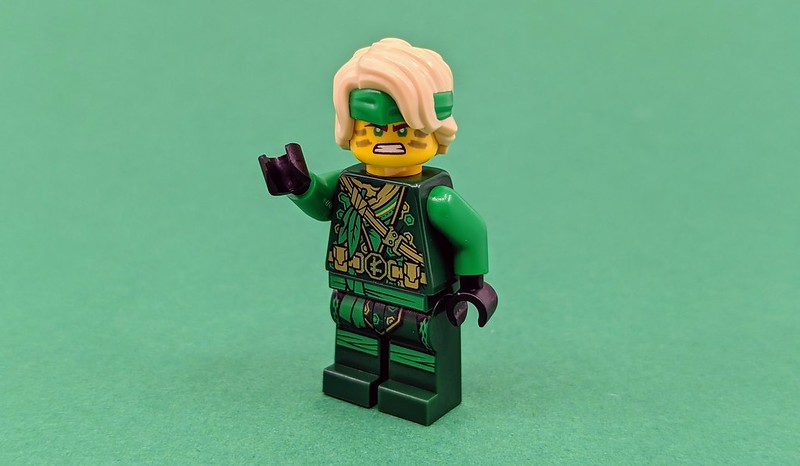 The LEGO City polybags are heavily focused on various emergency services vehicles, mainly helicopters. So it’s nice when a LEGO City polybag comes along which offers something different. This set features a rather simple car and it’s that simplicity which is the appeal of the set. The red and blue colours work well together and I like the wheel trims, which have been used in a few previous polybags. The Minifigure doesn’t offer anything unique but works nicely with the theme of the build. I also quite like the simple way in which the surfboard can be mounted to the back of the car. 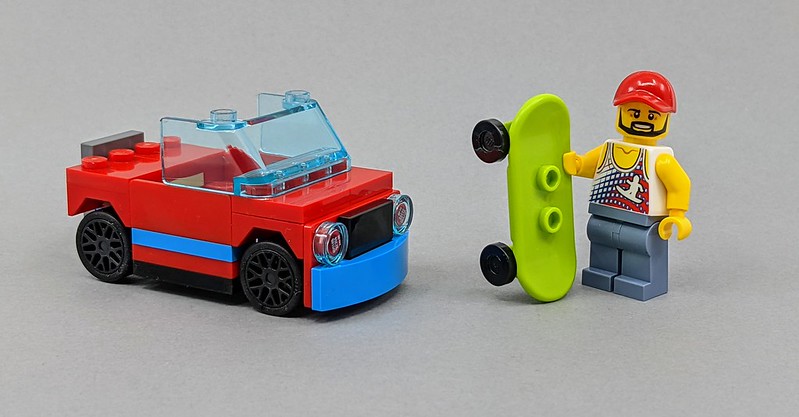 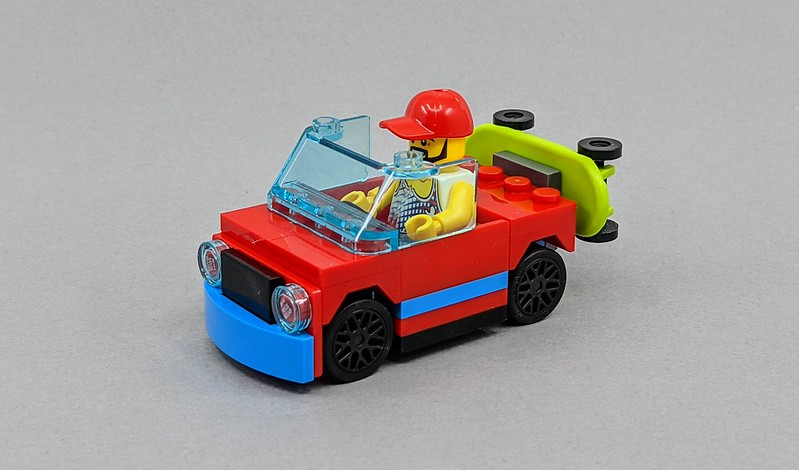 The Creator 3-in-1 sets offer an unusual mix of builds, from vehicles to buildings and the odd creature. The running trait of all these sets is the ability to rebuild them into one of three different builds using the same group of elements. The main build of this polybag is a German Shepherd dog, which looks OK, despite the small scale and limited elements used to create it. Creatures are always tricky to master with LEGO, especially when limited by the size of the set, but you can tell it’s a dog and even it’s brief. Alternate builds include a spider and a snake, but the dog is the best of them all. 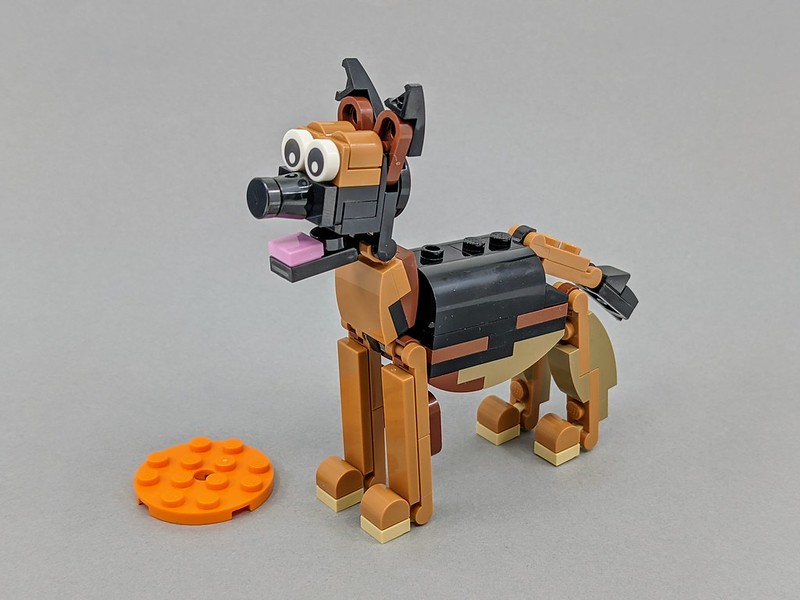 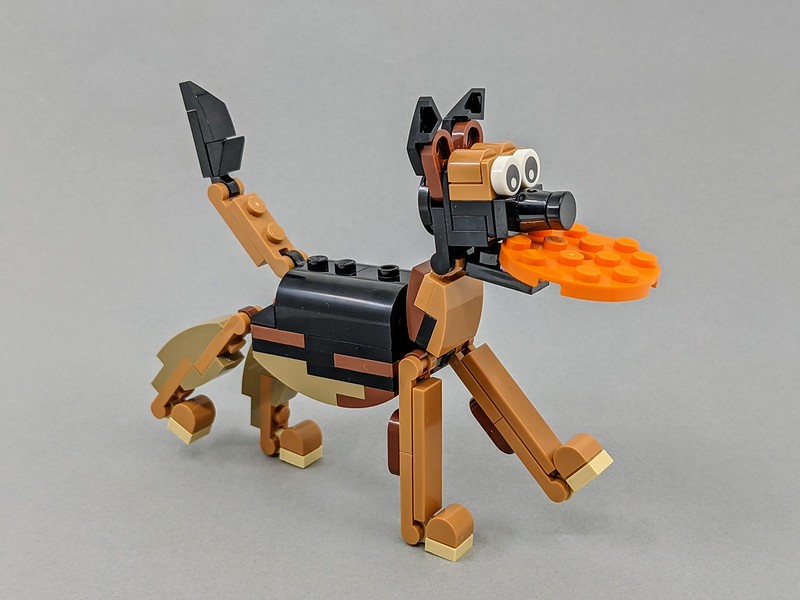 The second of the NINJAGO polybags is based on one of the larger Legacy sets, which is the Titan Mech. This mini version might not be as detailed as the larger set which has inspired it, which itself is a remake of the Titan Mech from 2015. Despite the size, the Titanium Mini Mech has a surprising range of movement possibilities and it has a similar appearance to the larger version. It can also be built into two different variants, although the instructions for the alternate build aren’t currently online. 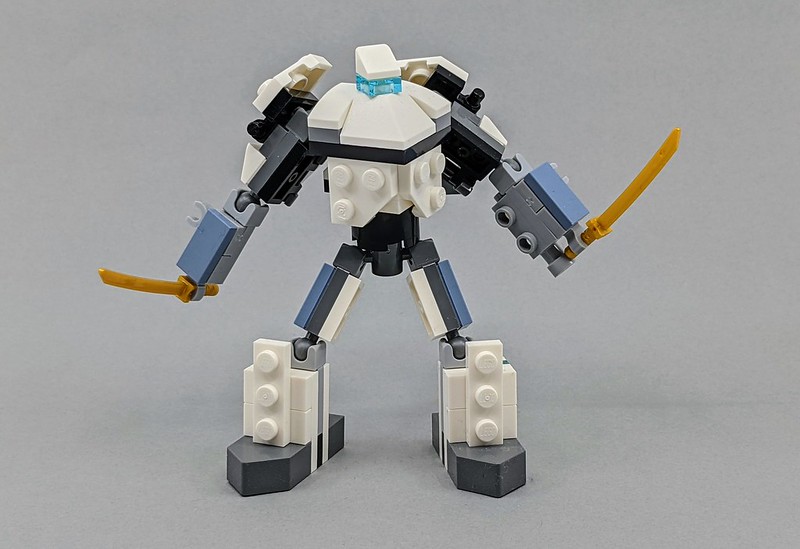 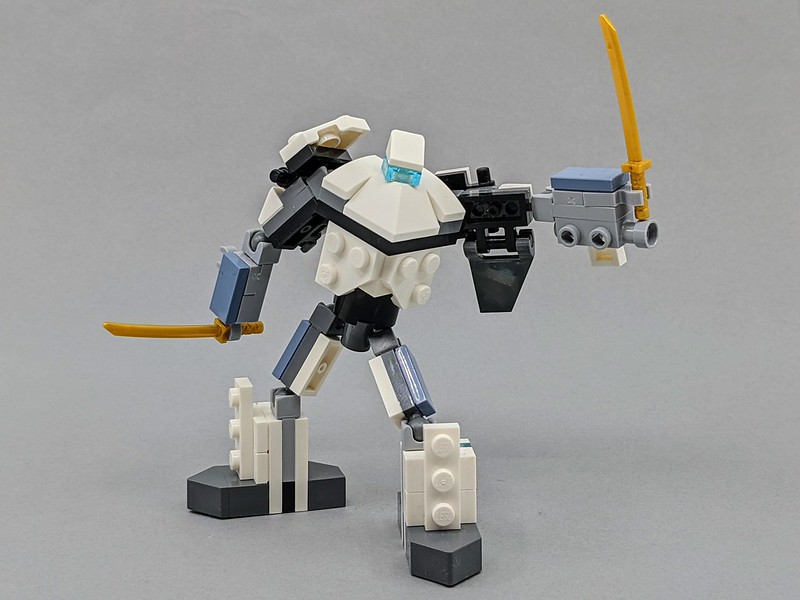