The long-rumoured new series of LEGO® Minifigures have been confirmed thanks to Brickset and a reader who has found them on sale in a US store. The next series of LEGO Minifigures will indeed be themed around Warner Bros. animated world of Looney Tunes. Not Space Jam as some suggested but not far off. Due to the new format for the LEGO Minifigures series, there are 12 characters to collect which include Bugs Bunny, Daffy Duck, Taz, Tweety Pie, Sylvester, Marvin the Martian, Road Runner, Speedy Gonzales, Lola Bunny, Porky Pig, Petunia Pig and Wile E. Coyote. They appear to be in the classic packets and not boxes like the VIDIYO series are and the box will feature 36 packets. Head over to Brickset to learn more. 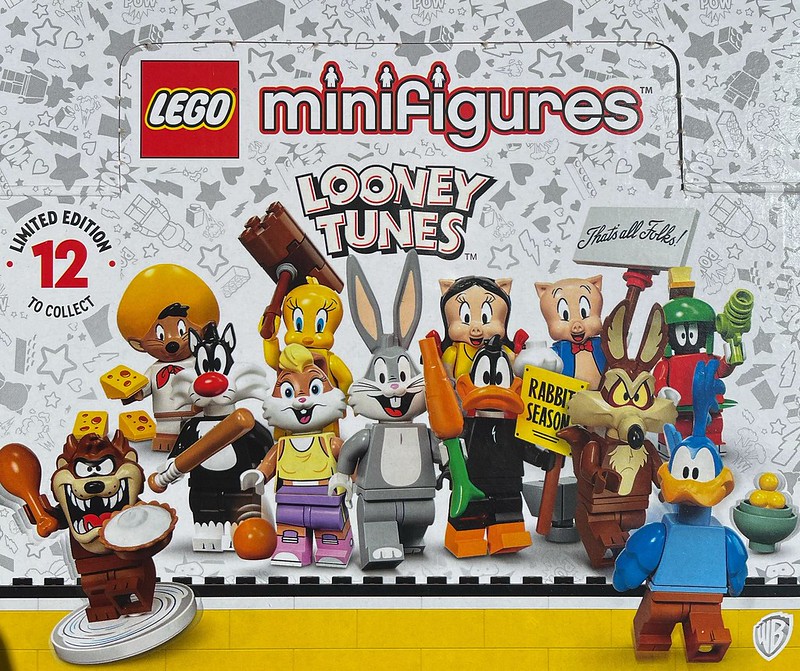