Due to receiving my copies of the various LEGO® Magazines far beyond their publication date, I’m going to start covering the LEGO Magazines range slightly differently going forward. I’ll still be doing the monthly round-up, which takes a look at each of the cover-mounted LEGO sets. However, when magazines are published are do a simple, out now type round up. This will merely help you to know the latest copies of your favourite magazines are now in the shops. The various LEGO Magazines are based on a number of LEGO themes including LEGO City, LEGO NINJAGO, LEGO Star Wars, LEGO Disney, Super Hero Legends along with special based on LEGO Jurassic World and NINJAGO Legacy. Each magazine includes special LEGO minisets, polybags or Minifigures. It’s a bumper month for the LEGO titles, with many of them featuring bonus sets, so you’ll get more LEGO more your money.

The LEGO Magazine range can be found in WHSmith, Asda, Aldi, Tesco, Morrisons and Sainsbury’s stores. You can also have them delivered by Unique Magazines. Please note that not all retailers will stock every title and publication dates are subject to change 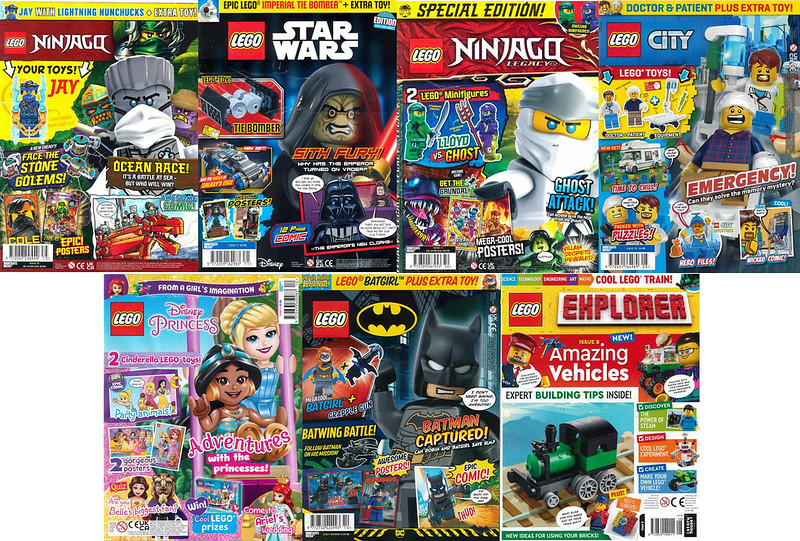