Since its inception, the LEGO® Super Heroes theme has provided us with many impressive sets based on the numerous comics, movies and TV series. Until now these sets have been geared towards younger builders, which changes today with the official reveal of the ultimate Marvel set – the 3773-piece Daily Bugle set. This large-scale set features the iconic Daily Bugle building and massive 25 Minifigures, yes 25! Many of which are making the LEGO debut, including Punisher, Blade and Daredevil. The set captures an epic slice of superhero action as Spider-Man and his super-powered friends take on a gang of villainous foe. The Daily Bugle set will be available early for LEGO VIP members on May 26th, check it out in all its impressive glory below.

GET ME PICTURES OF SPIDER-MAN!
THE LEGO GROUP REVEALS A HUGE, NEW SPIDER-MAN DAILY BUGLE SET

Today, the LEGO Group reveals the new LEGO® Daily Bugle set, an intricate version of the iconic newspaper building, complete with the demanding editor, J. Jonah Jameson’s, and Peter Parker’s offices. Designed for grown-ups, it is the tallest LEGO Marvel set to date standing at 82cm tall and featuring 3,772 pieces.

The Daily Bugle offices first featured in The Amazing Spider-Man comic series over 50 years ago in 1963 and remains a much-loved setting throughout the web-slinger’s various adventures. Workplace of Peter Parker, Ben Urich, Robbie Robertson, J. Jonah Jameson and Betty Brant, it is here that the iconic phrase of “Get me pictures of Spider-Man!” was first uttered.

The LEGO Daily Bugle is incredibly detailed both inside and out, with three floors, the front street and the back alley. The whole set is also modular meaning you can remove walls and floors to get to the action within.

Within the building there are several famous settings from the various universes, including the ground floor entrance that can be destroyed to look like an explosion has taken place and the newsroom on the first floor complete with the usual office furniture of desks and computers, but also much needed donuts and other treats!

Moving up to the second floor, the villainous Green Goblin can be seen smashing a window to get to Peter Parker’s office where his camera lies waiting for the next story. The top floor also features both Betty Brant and J. Jonah Jameson’s offices.

The detail doesn’t stop with the building, as the set includes a huge cast of 25 minifigures, featuring Spidey himself alongside his most famous friends and foes, such as Gwen Stacy, Venom, Mysterio, and Doctor Octopus. The set also features new exclusive minifigures including Daredevil and Blade.

Mark John Stafford, LEGO Set Designer commented “I was seven years old when I was given my first Spider-man comic and I have always had an image of creating a LEGO model of the Daily Bugle and having Spidey and his Amazing Friends in conflict with his various enemies.

“One of my favourite elements is the Green Goblin flying inside the building through the window. Being able to design a moment of frozen action like this in a LEGO set has always been a dream and I finally got to make it happen! ”

The impressive building is a true challenge for LEGO builders and Spider-Man fans alike thanks to its large scale and intricacies. Whether it’s part of a wider collection or a standalone piece it’s a set worthy of display. 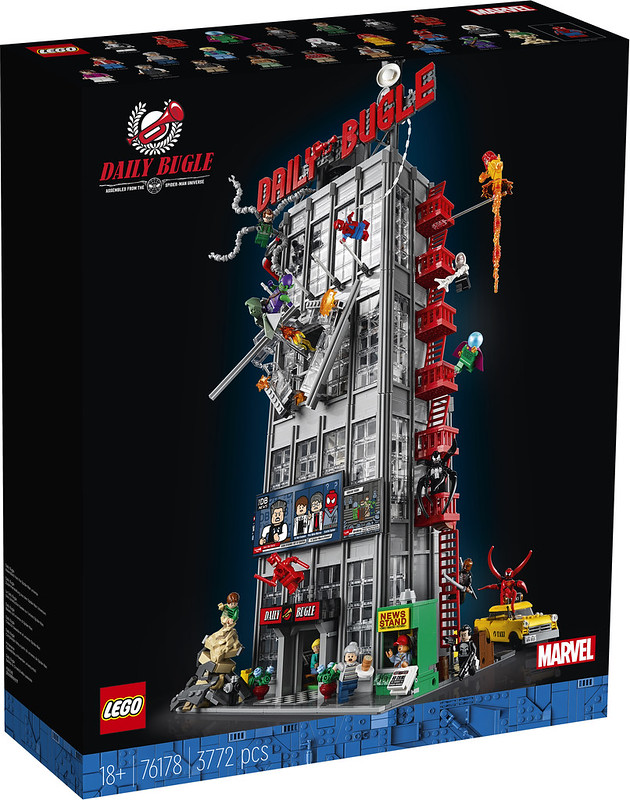 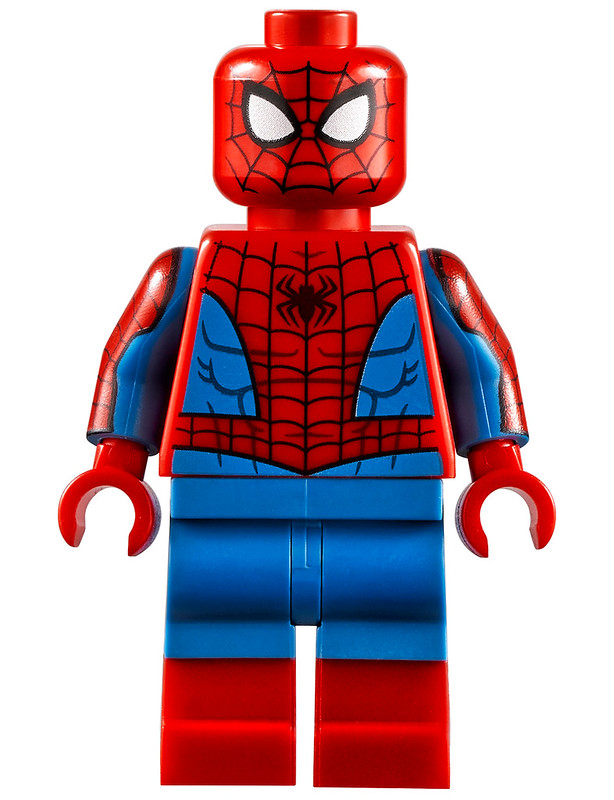 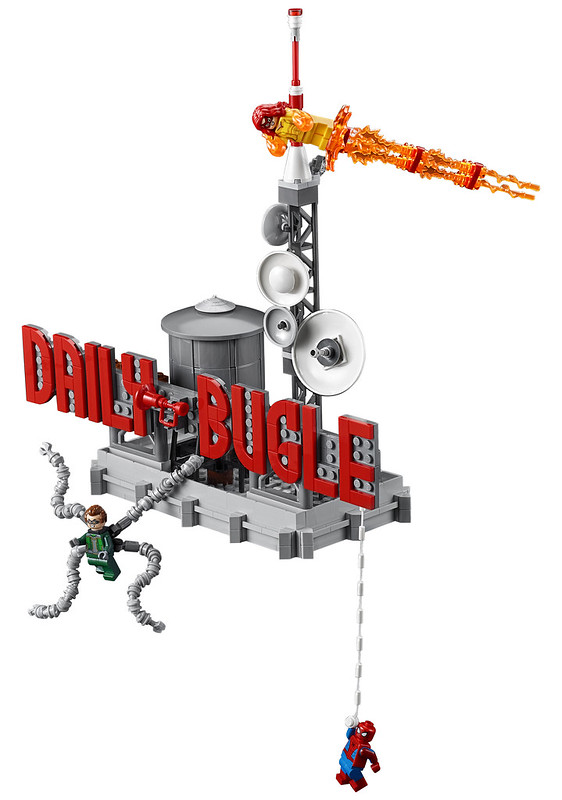 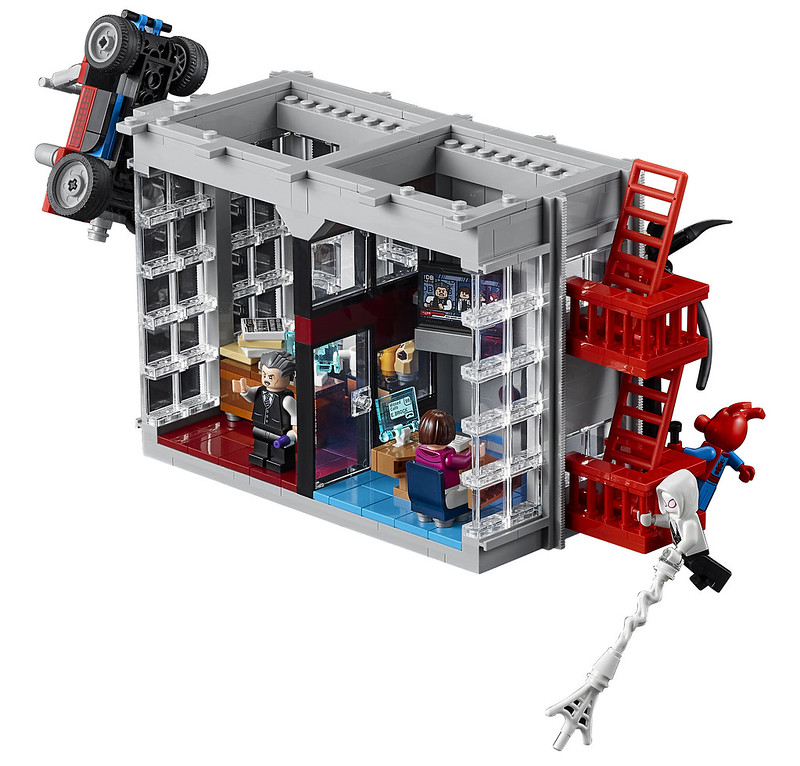 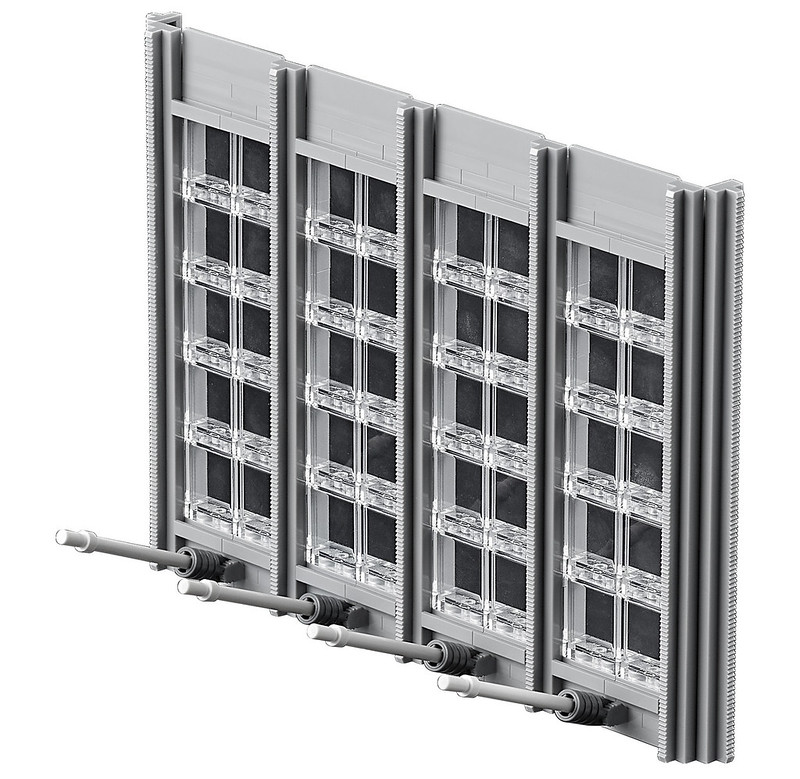 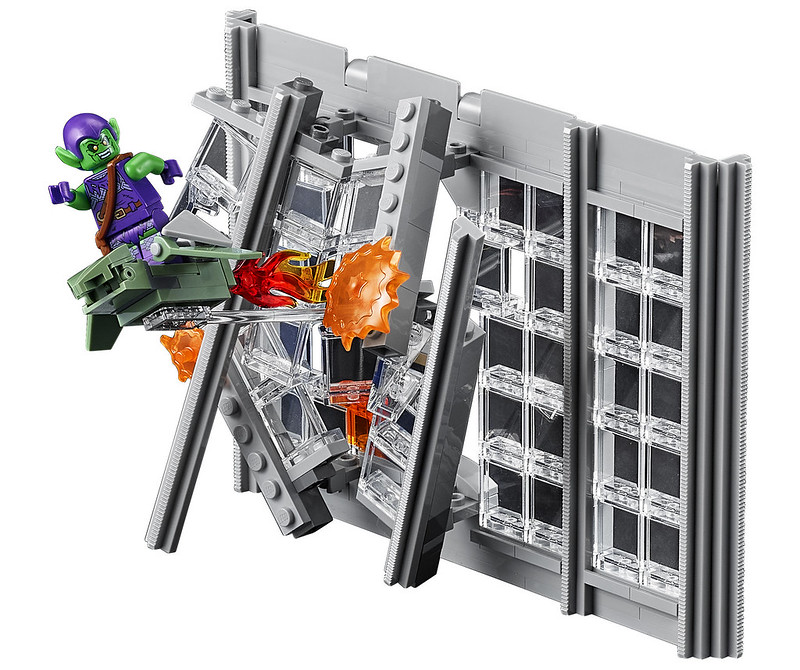 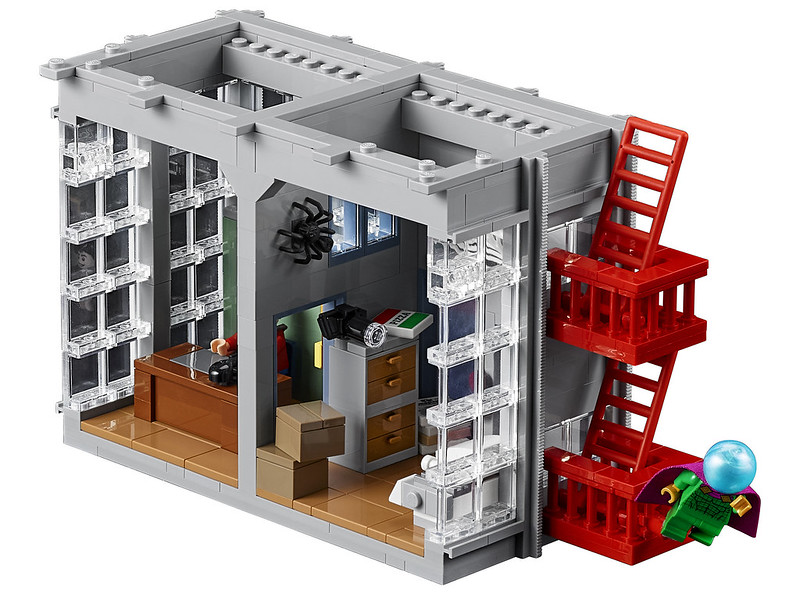 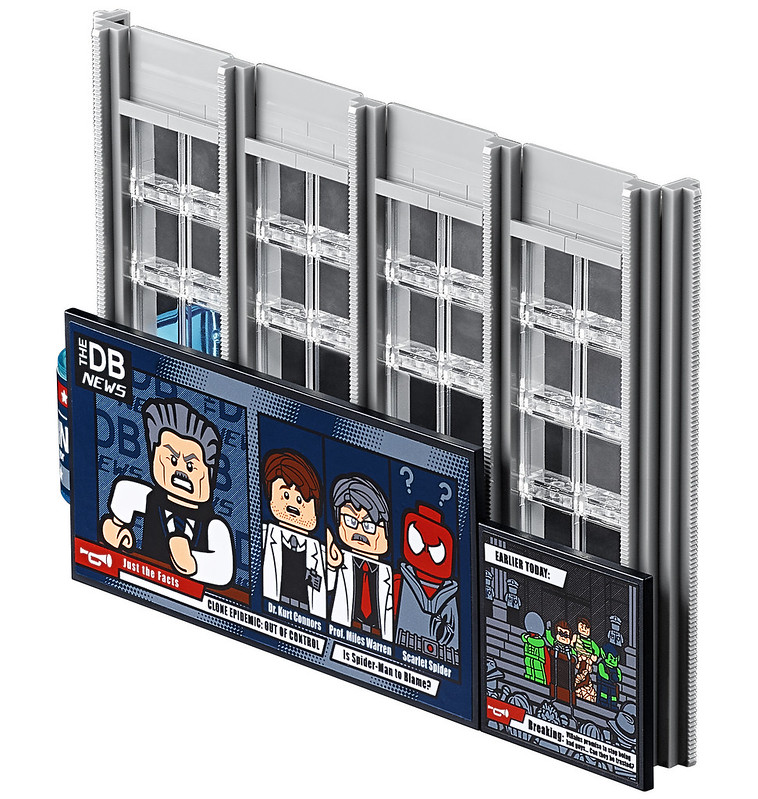 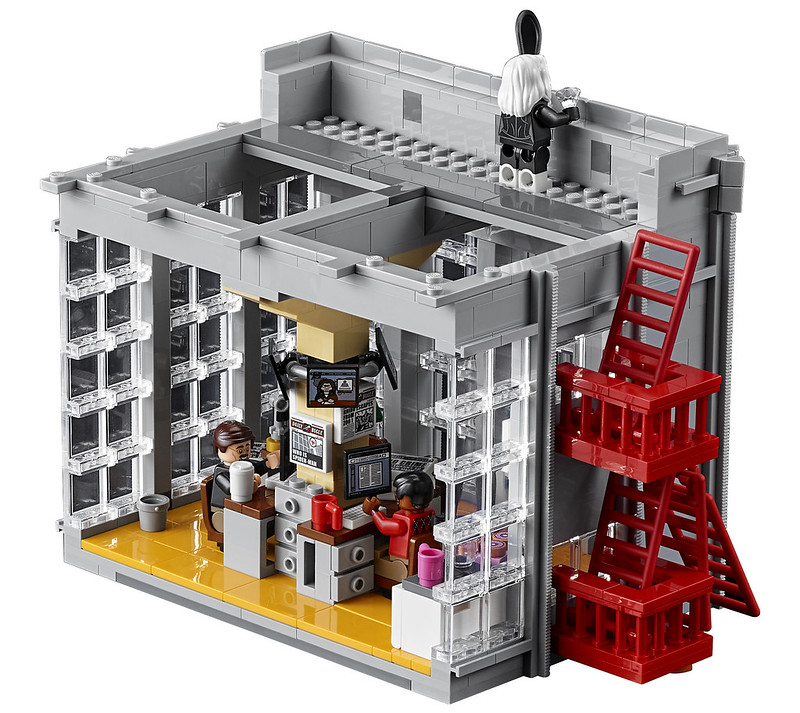 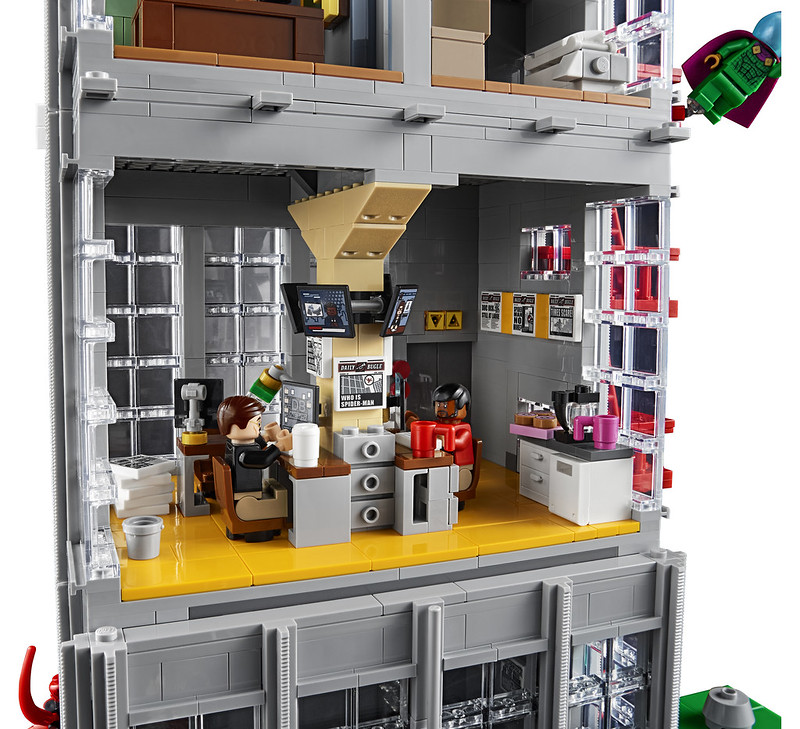 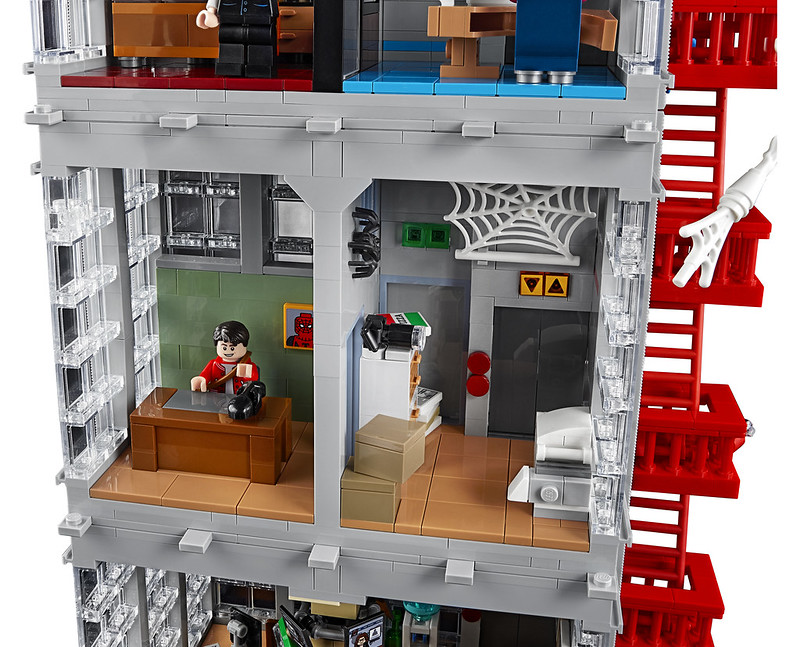 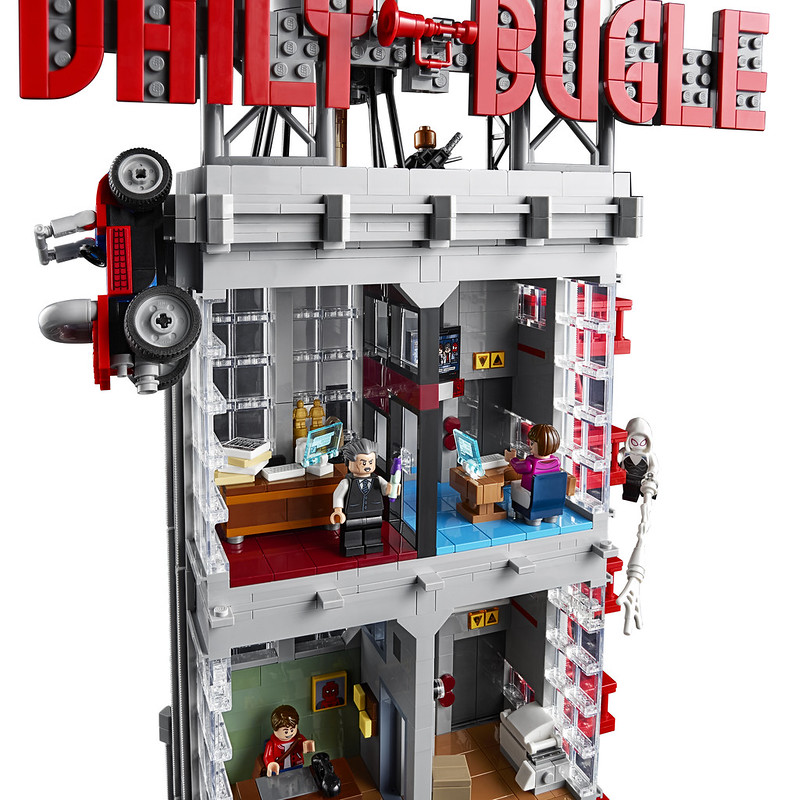 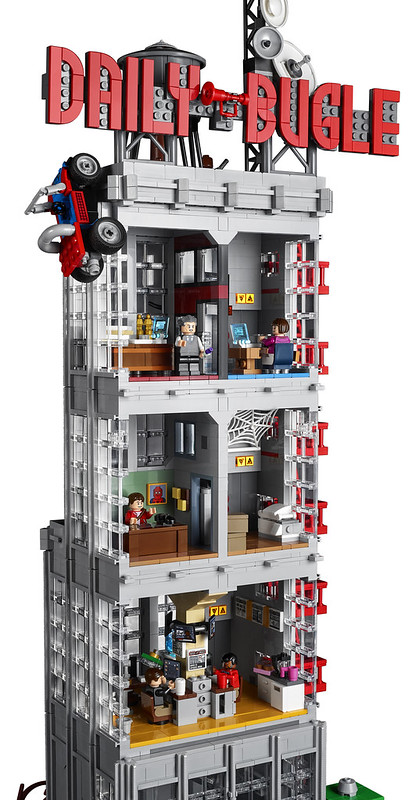 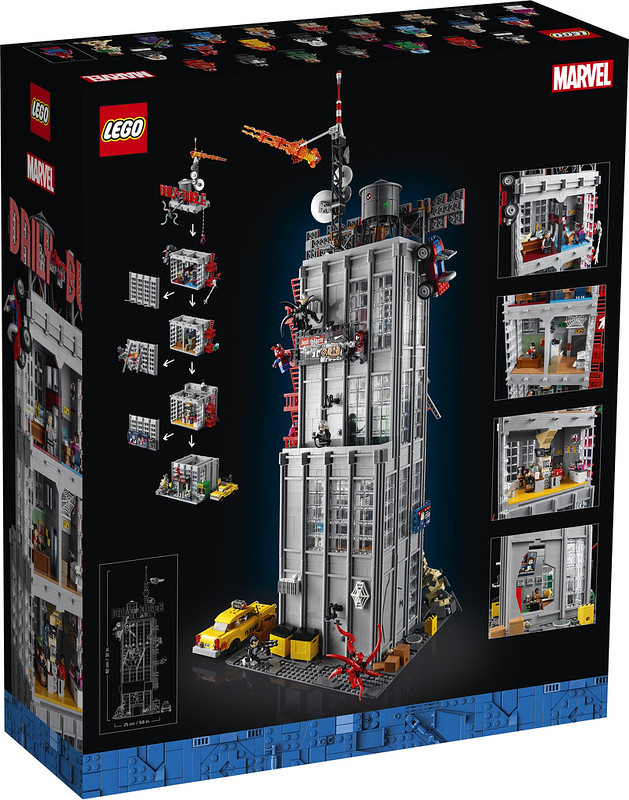