For over 50 years, a quaint American street became home to a gang of much-loved characters. Now Sesame Street has become the latest addition to the LEGO® Ideas line. 123 Sesame Street includes iconic characters such as Cookie Monster, Big Bird and Elmo, with each Minifigure using specially created new elements. There are also plenty of nods to the TV and many other characters, both old and new. Inspired by a fan submission on LEGO Ideas, this 1367 piece set is part of the new 18+ range of sets but can be enjoyed by LEGO fans of all ages. LEGO 123 Sesame Street will be available directly from LEGO.com and LEGO Stores from November 1st. 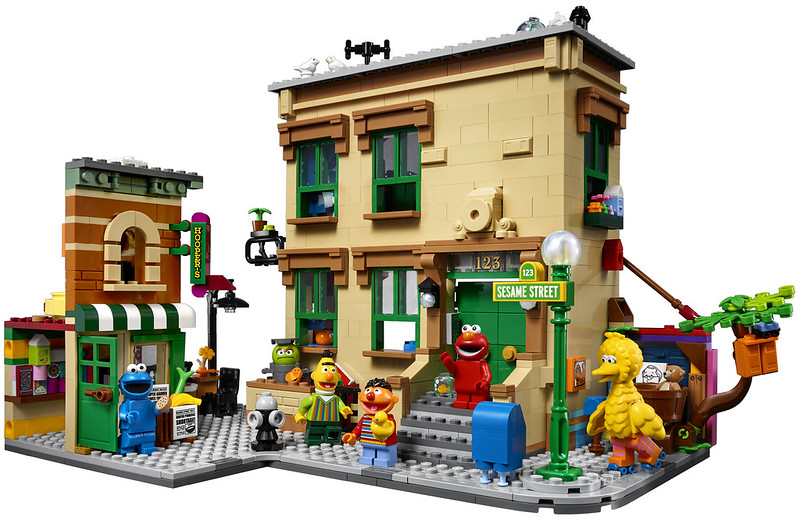 STEP UP TO THE BRAND-NEW LEGO® IDEAS 123 SESAME STREET

Imagined by a keen LEGO builder and seasoned Sesame Street fan, the first-ever Sesame Street product from the LEGO Group will be available from 1st November from LEGO.com and LEGO Stores.

Created with all the delightful elements of 123 Sesame Street, the new set is packed with authentic details from the famous New York City neighbourhood. From Bert and Ernie’s apartment, in which Bert famously pleaded with Ernie to remove a banana from his ear so he could hear better, to Big Bird’s nest, where the grown-ups finally met Mr. Snuffleupagus in person – builders will marvel in Sesame Street’s most memorable moments.

As they embark on their immersive build journey of LEGO Ideas 123 Sesame Street, seasoned LEGO fans and younger builders alike can take a trip down memory lane, passing by Hooper’s Store, Oscar the Grouch’s trash can, and many more quintessential Sesame Street locations, making it the perfect set to enjoy on your own or together as a family. Fans can even bring their favourite characters and show moments to life with the brand new and exclusive buildable minifigures which have been moulded specifically for the set, including characters such as Cookie Monster, Elmo and Big Bird.

The new LEGO Ideas 123 Sesame Street set is part of the LEGO Ideas collection, which offers fans the opportunity to submit their own brick creations with the chance to have their concept brought to life with the help of LEGO master designers and a share of the profits. Other recent LEGO Ideas sets inspired by LEGO fans, include the LEGO Ideas Grand Piano and the LEGO Ideas Friends Central Perk.

Created by Sesame Street fan and LEGO enthusiast Ivan Guerrero, this set brings together the magic of the iconic New York City street with the mindful and creative building experience of LEGO bricks to create an instant classic.

Speaking about the creative journey, Ivan Guerrero said: “As a long-time fan of the LEGO Group and Sesame Street, it has been a dream come true to be able to merge my two passions into a memorable set for fellow builders to enjoy. LEGO bricks and Sesame Street shaped both my childhood and adult years, and the opportunity to work with the LEGO Ideas team to bring this quintessential New York street to life has been thrilling.” 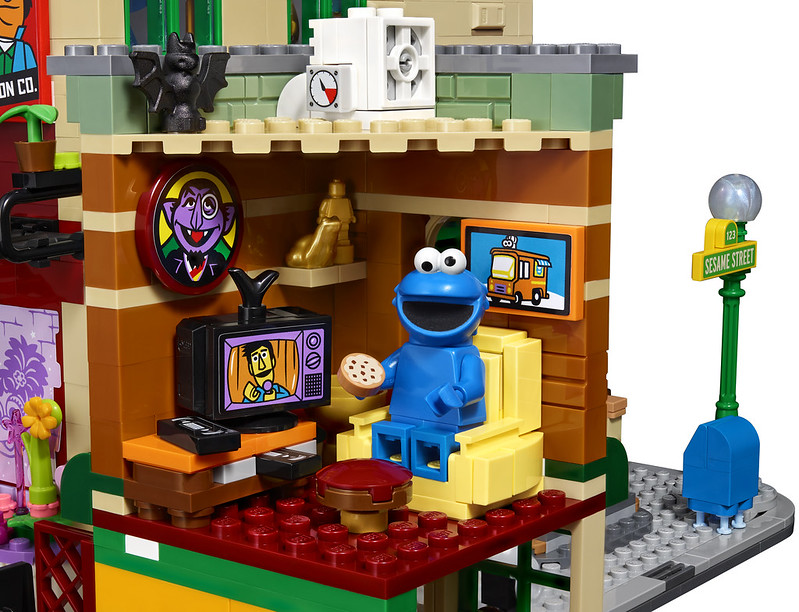 Federico Begher, VP of Global Marketing at The LEGO Group added: “We were instantly drawn to Ivan’s idea, as we had never created an official LEGO product with Sesame Street before. It was clear from the submission that Ivan is passionate about Sesame Street and he really brought it to life with the wide array of characters and bright, classic colours. For the first time in the history of LEGO Ideas, we also had the opportunity to create brand new minifigures for a set – bringing something new and exciting to our LEGO fans.

Knowing the impact Sesame Street has had on the world for decades, sharing similar values with generations past and present, this felt like an exciting way to blend novelty with nostalgia, and pay homage to the truly iconic 123 Sesame Street through LEGO Ideas.”

“Your imagination and creativity can take you places—and with the help of LEGO Ideas, it’s now transporting fans to Sesame Street where you’re never too old for a playdate,” said Gabriela Arenas, Sesame Workshop’s Vice President of Licensing, North America.

The new LEGO Ideas 123 Sesame Street set is the latest example of how the LEGO Group aims to inspire builders of all ages to build, rebuild and get excited by the process of creation.

LEGO 123 Sesame Street will be available directly via LEGO.com and LEGO Stores from 1st November 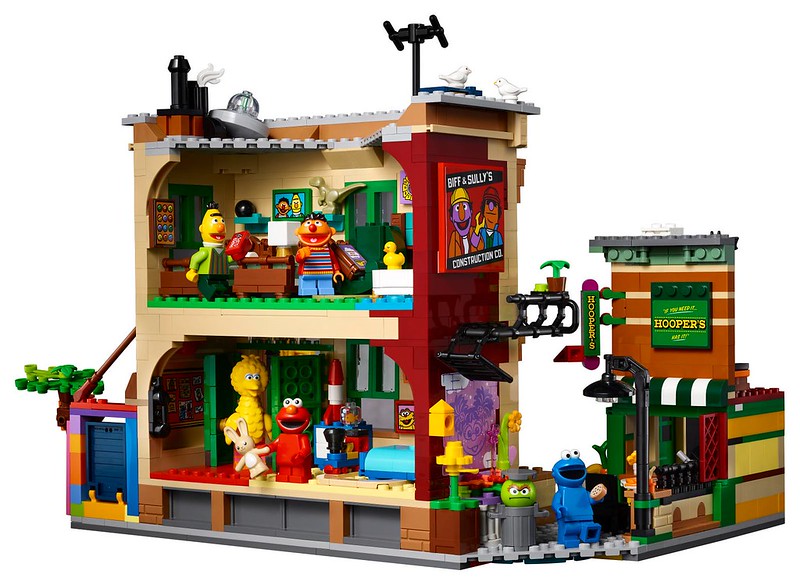 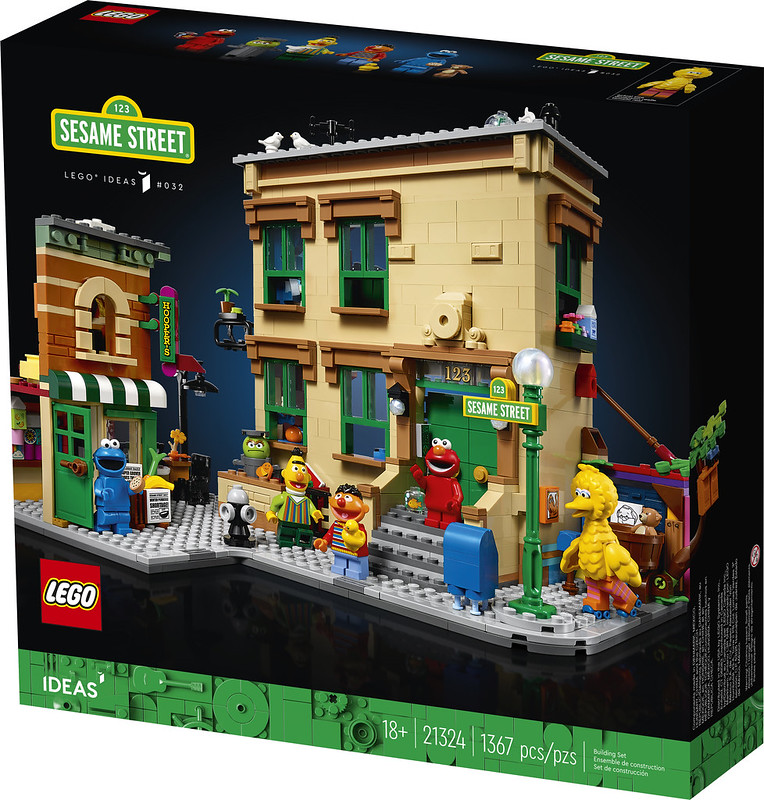 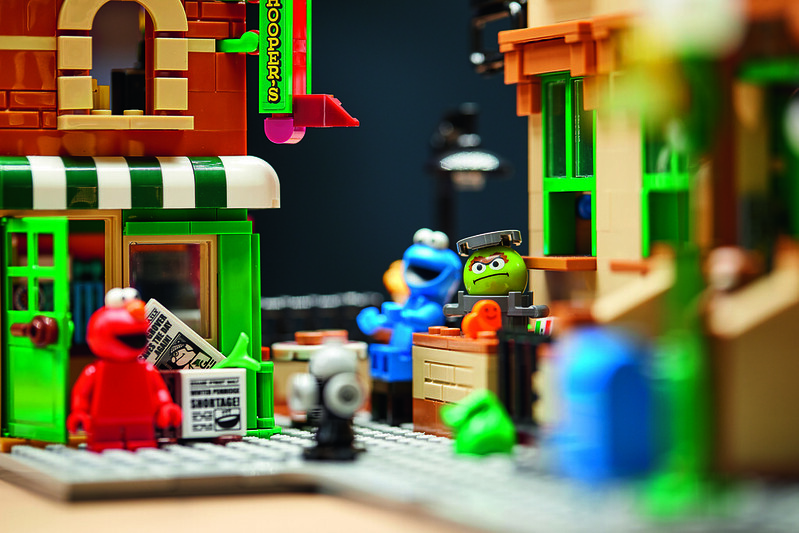 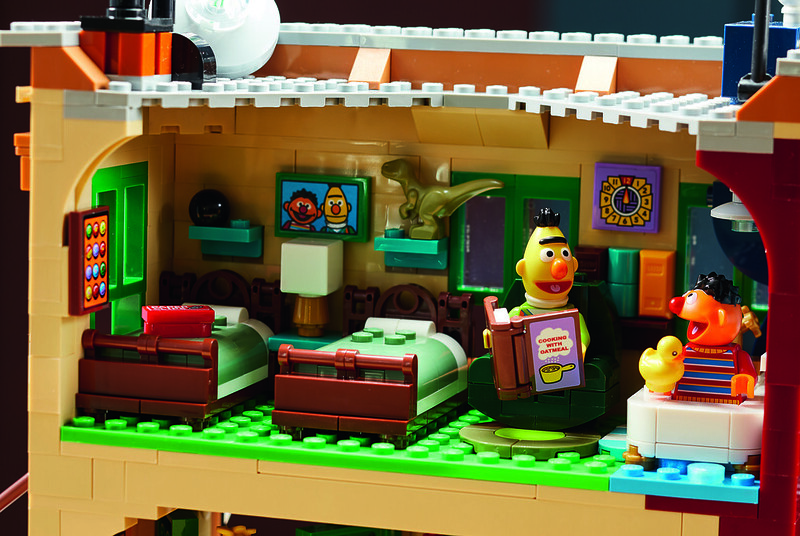 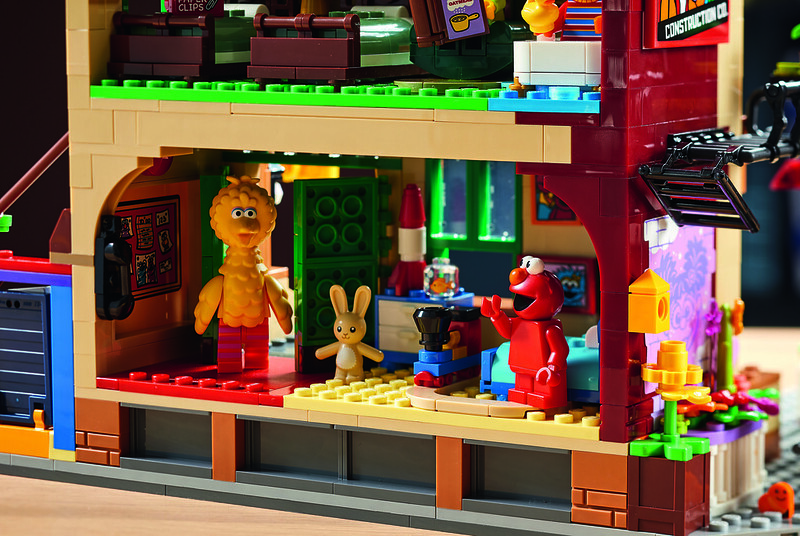 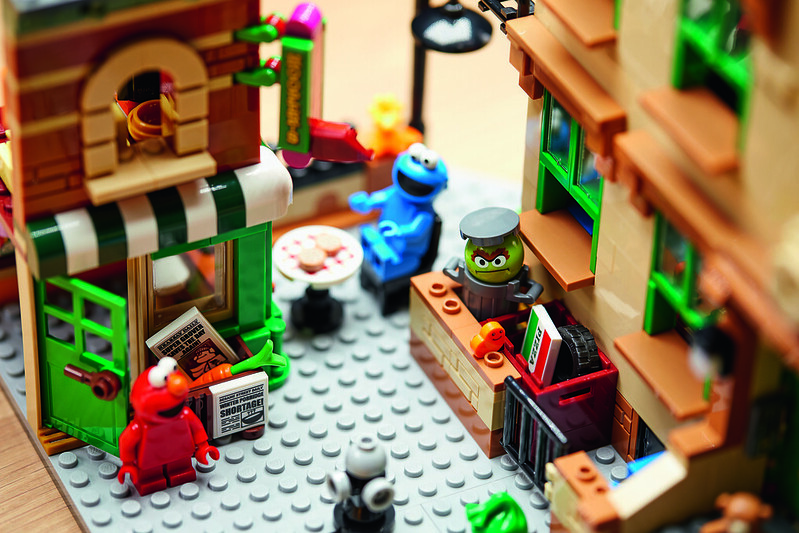 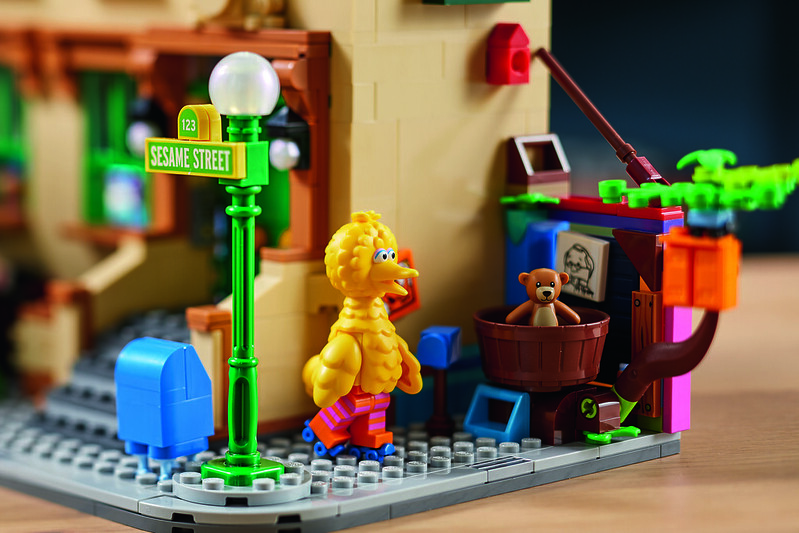 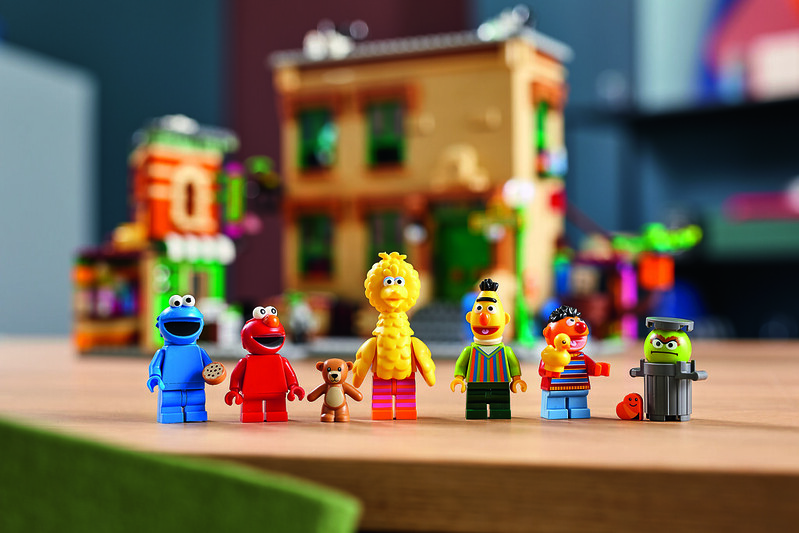 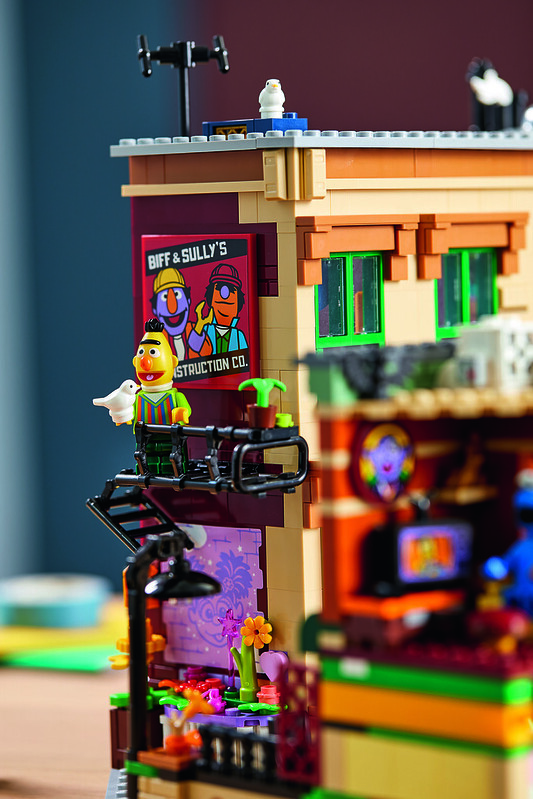 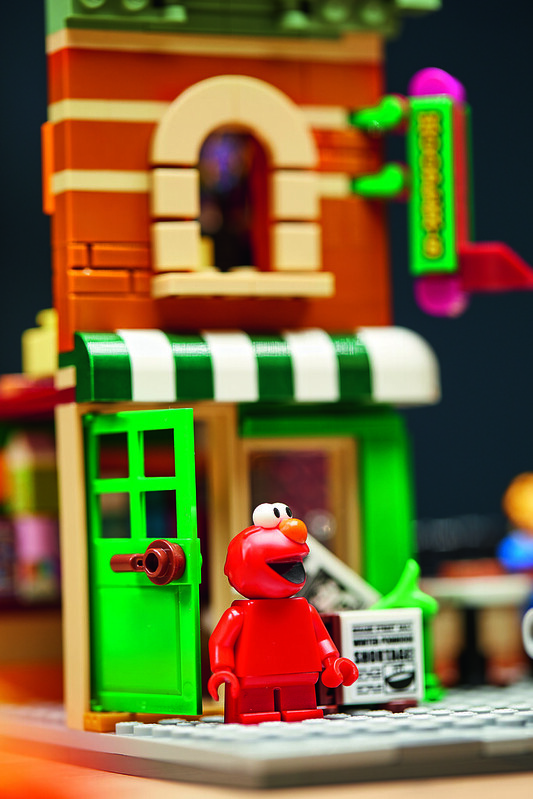 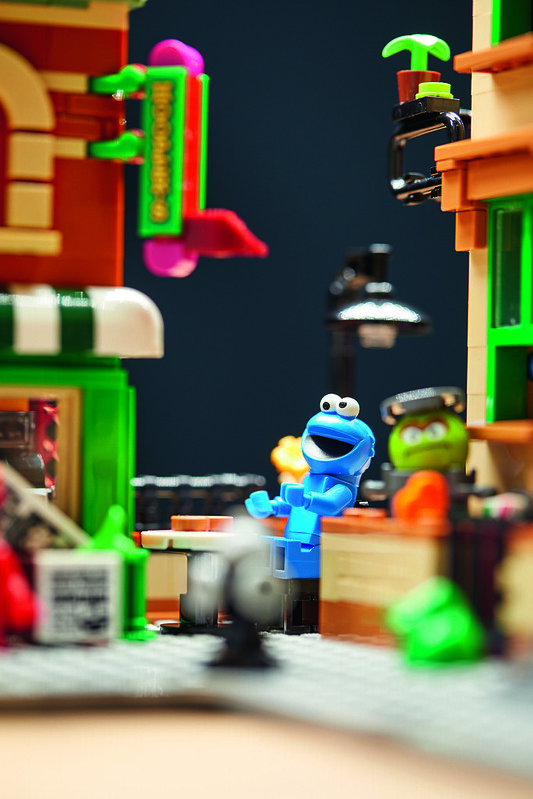 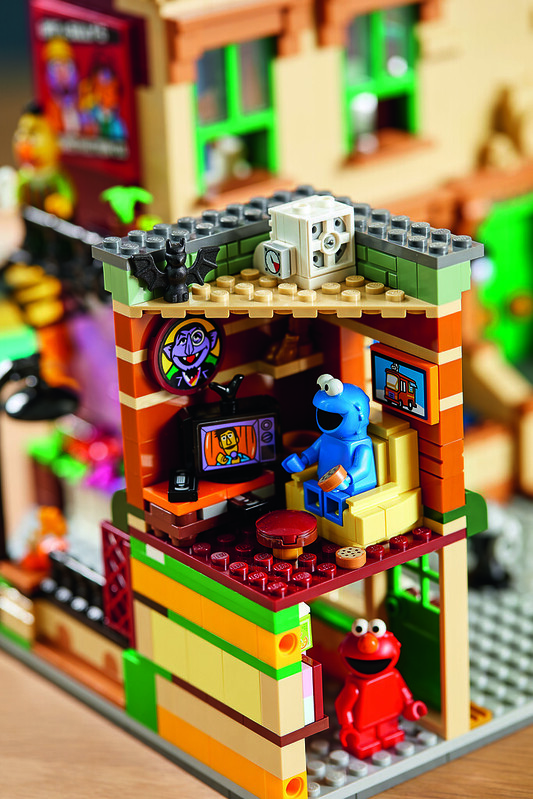 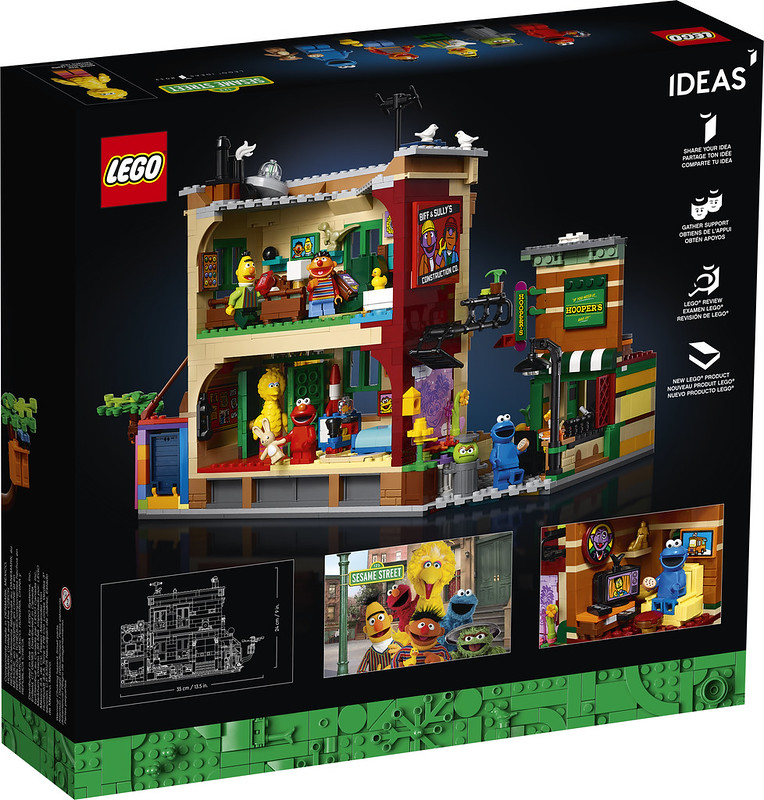