How The LEGO Group Got Its Game On

Home » Features » How The LEGO Group Got Its Game On

Long before the LEGO Group became the world’s number one toymaker, it faced a much more uncertain future. Riding high on its long history of doing what it did best, the LEGO Group faced a technological foe whose power seemed unstoppable. Kids were seduced by the flashy beeps and bits of games consoles. Their lure was such that in the 90s the LEGO Group tried all they could to compete. So much so the company was on the brink of collapse before the magic effect of Star Wars took hold. But that’s a whole other story. This one tells a tale of how the LEGO Group went from fighting tooth and nail against gaming to embrace it like never before.

I’m not about to delve into the history of LEGO® Games, that is much better achieved by listening to the LEGO Games Bits N’ Bricks Podcast. No, this is instead a look at how the LEGO Group has embraced the world of gaming far before the actual games.

The first real example of this would be the LEGO CUUSOO based on Mojang’s Minecraft. Not only was the original project popular enough to gain the necessary votes to be considered for a future vote, but it also sparked the creation of an entirely new theme, one which is still going to this very day. For Minecraft, the partnership was more an alignment of creative similarities. Future partnerships would be far more surprising. 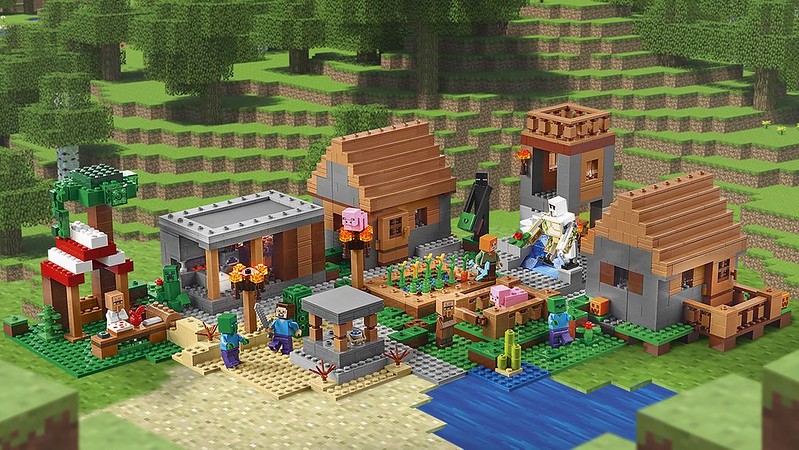 When LEGO Dimensions came along it would mash together a number of iconic characters to create one of the most eclectic LEGO themes ever. Nestled amongst the likes of The A-Team and Mission: Impossible were two expansion packs based on classic gaming franchises. The Midway Pack introduced a number of arcade classics to the world of LEGO bricks. Although the physical aspects of the set were minimal, it clearly showed how LEGO sets and gaming can complement each other. Another expansion pack was inspired by SEGA’s Sonic the Hedgehog. This took things a little further, with a truly unique Minifigure inspired by the Blue Blur. This would spark inspiration elsewhere but more on that later.

After forging partnerships, no matter how brief, with SEGA, Mojang and Warner Bros. the next LEGO set and gaming mash-up caught many by surprise. Blizzard is well known for the character-driven games such as World of Warcraft, but they redefined the team-based shooter with a title called Overwatch. Long before I even bought the game I was captivated by the amazing animated shorts used to introduce the cast of characters. These would act as the basis for a number of sets, which transformed the Overwatch Squad into a gang of interesting Minifigures. 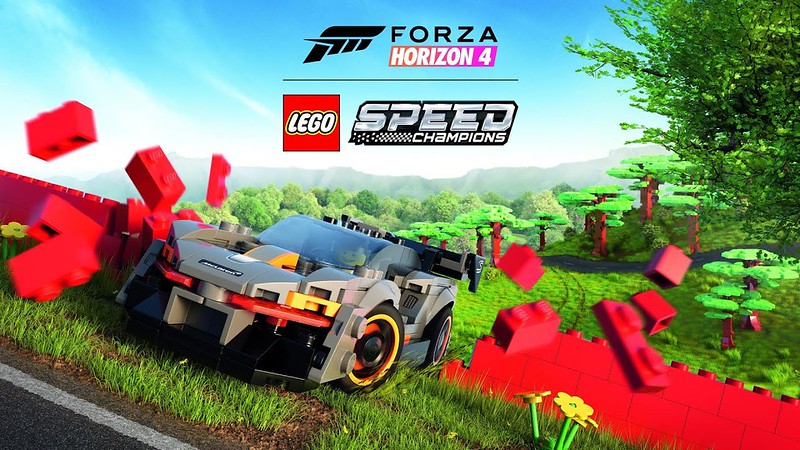 With all these amazing gaming icons being the source of some great LEGO sets, in 2020 a true gaming legend entered the brick-built arena. For many years now there has been one company which has become synonymous with gaming. Much like LEGO sets, Nintendo games have been enjoyed by generations of fans. Those fans have been eager to bring any number of Nintendo’s franchises to the world of LEGO bricks. Then out of the blue, the LEGO Super Mario theme was revealed. It wouldn’t be Nintendo without doing things a little differently. The sets blend the unique DNA of both companies, with Nintendo having direct input into the theme. It was this co-creation with the LEGO Design Team that resulted in a fully interactive, buildable version of Mushroom Kingdom. Instead of Minifigures, a digital LEGO Mario figure acts as a portal to playing custom built levels. 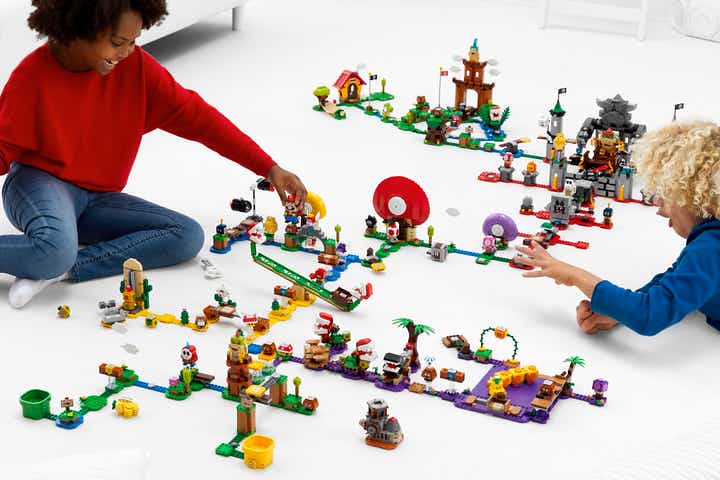 The partnership even saw the NES console recreated as a scale LEGO set with ‘working’ TV. Twisting a handle on the side of a retro-style TV will scroll the screen to ‘play’ a level of the original Super Mario Bros. game. As an added bonus, popping LEGO Mario on top of the TV added classic music and sound effects.

Not to be totally left out, last year a Miles Morales Minifigures was created based on the Sony PlayStation-exclusive Spider-Man games. It was originally meant as a Comic-Con exclusive, but with COVID-19 cancelling the public event, it was given away by other means. Players of the original Spider-Man game, who unlocked a certain trophy could enter a special prize draw to win the Minifigure. 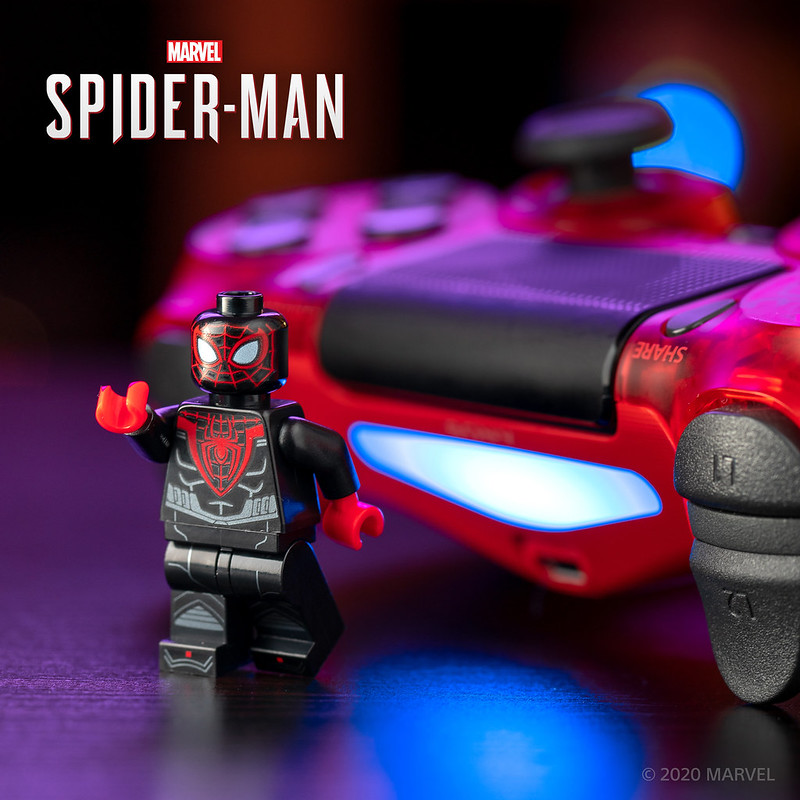 Which leads us back to Sonic, who will soon be starring in his own LEGO Ideas set. After receiving 10,000 votes on the LEGO Ideas platform, it was finally revealed that the fan designed project would be turned into a set. Designed by Sonic fan Viv Grannell, the project has been inspired by Sonic Mania. This was itself the result of fan involvement, which saw passionate Sonic fans creating a new adventure for the blue blur in the style of the classic 2D era Sonic games. 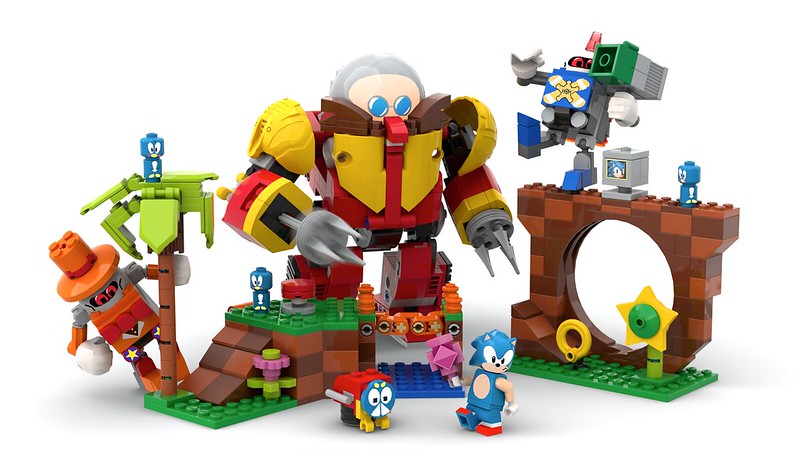 It’s amazing to think that the once mortal enemy of the LEGO brick now acts as a means of inspiration. Those who may have, as kids, abandoned the brick in favour of the digital delights of SEGA, NINTENDO and Atari are now rebuilding their childhoods with all these LEGO sets based on classic games.