Go Through The Bricks & Bring Diagon Alley To Life

LEGO® fans can bring the new Harry Potter Diagon Alley set to life in a unique way thanks to the new Through the Bricks digital experience. Scanning a special QR portal takes you to a digital recreation of the Diagon Alley set. Here you can discover the incredible details built into the new set and see some of the various Minifigures visiting the various Diagon Alley shops. Of course, the best way to experience this magical new set is to build it for yourself, which you’ll be able to do from tomorrow. See more of the set here.

Build your own LEGO QR code and discover the magic of the latest set with the LEGO augmented reality experience.

In celebration of the new Harry Potter set, fans everywhere can experience the magic of the new LEGO Diagon Alley set straight from their smartphones. From today, fans can go ‘Through the Bricks’ – in the same way Hagrid took Harry to Diagon Alley for the first time in the movie – for a first look at the intricate new set, brought to life using animated AR.

In just a few easy steps, fans will be transported to the most famous street in the wizarding world where they can explore the LEGO set, complete with the most iconic shops from the films including; a brick built Ollivanders™, Quality Quidditch Suppliers™ and Flourish & Blotts™ bookseller.

The AR experience will enable fans to see some of the amazing detail that have gone into recreating each shop, as well as see some of the minifigures interact with the set including; Harry Potter with his brand new wand from Ollivanders and the Weasley twins showing off a new item from their joke shop, Weasley Wizard Weezes™.

It couldn’t be easier for fans to enter the LEGO AR experience through three simple access points. Fans can either:

Once inside the animated experience, minifigures of Fred and George Weasley will appear to welcome fans to Diagon Alley. James and Oliver Phelps, who star as the Weasley twins in the Harry Potter film series, have joined the fun by creating their own QR codes to access the incredible LEGO set via their social media, online video, www.LEGO.com/EnterTheMagic. Fans can get involved before the official launch and build their own code out of LEGO bricks at home by watching the video or following the simple “How To” guide here www.LEGO.com/EnterTheMagic

James Phelps, who played Fred Weasley, commented on the AR experience: “It was really fun to challenge Oliver to see who could build the QR code the fastest– and the AR once you’re in the experience is fantastic. It’s a great way to see how the set comes to life and how all the shops have been transformed into a LEGO universe. Even better that our characters introduce fans to the experience too.”

On the LEGO set itself, Oliver Phelps, who played George Weasley, added: “We loved that our characters owned their very own joke shop and we are huge LEGO fans, so to see ‘Weasley’s Wizard Wheezes’ come to life in LEGO form has brought back lots of happy memories. We were both so impressed with the level of detail that has gone into each element of the set – the wackiness of the shop is really brought to life, including a hidden lever that allows the statue in our store to tip its hat to customers. = There are even little packages of Dungbombs and Puking Pastilles!”

The LEGO® Harry Potter® Diagon Alley™ set will be available in LEGO stores and www.LEGO.com/EnterTheMagic worldwide from 1st September. 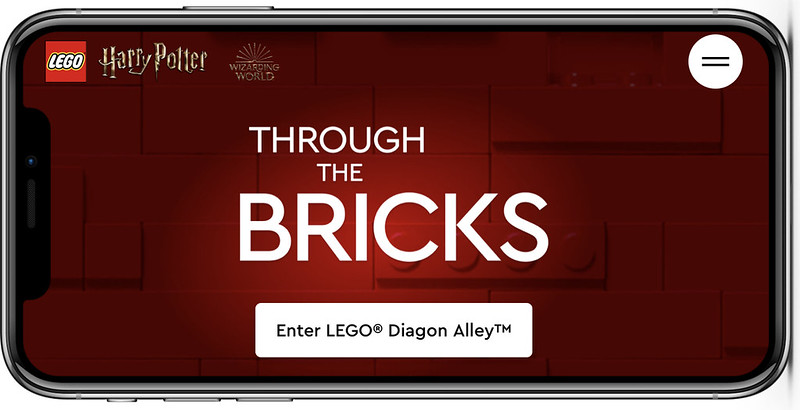 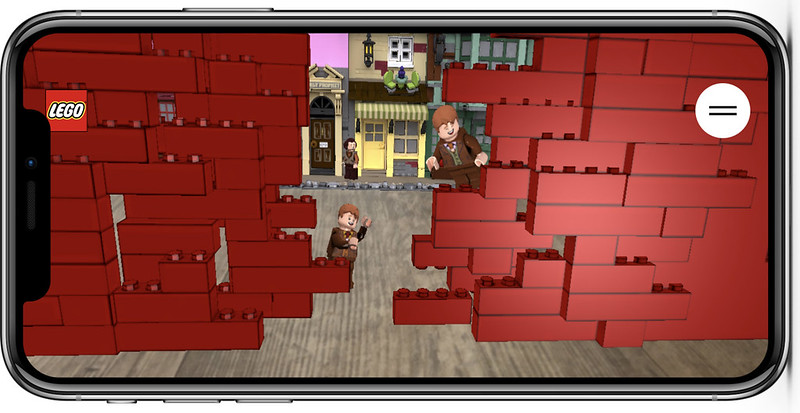 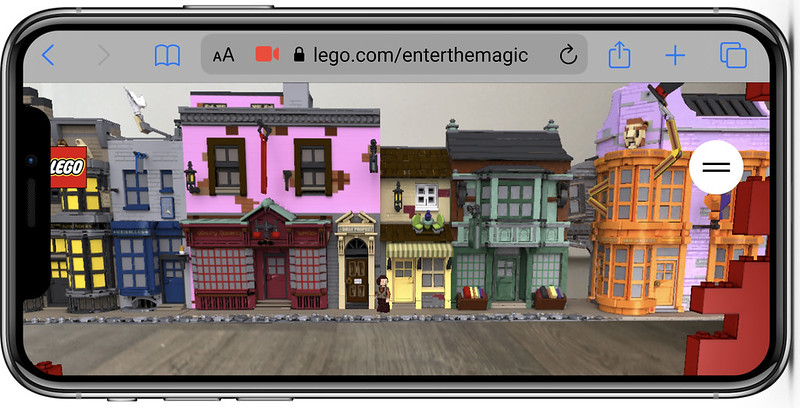 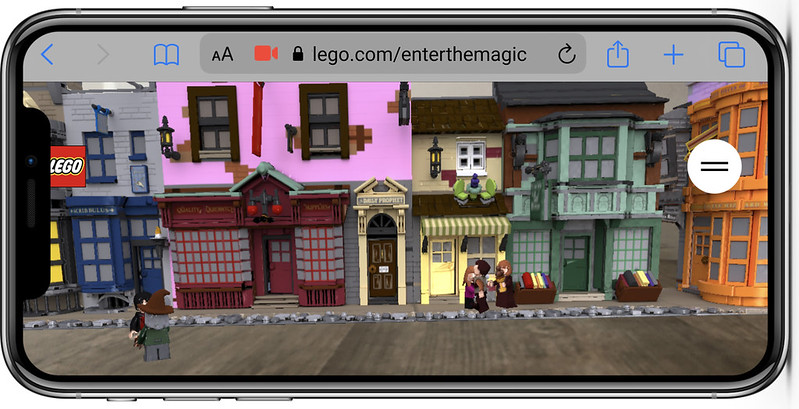 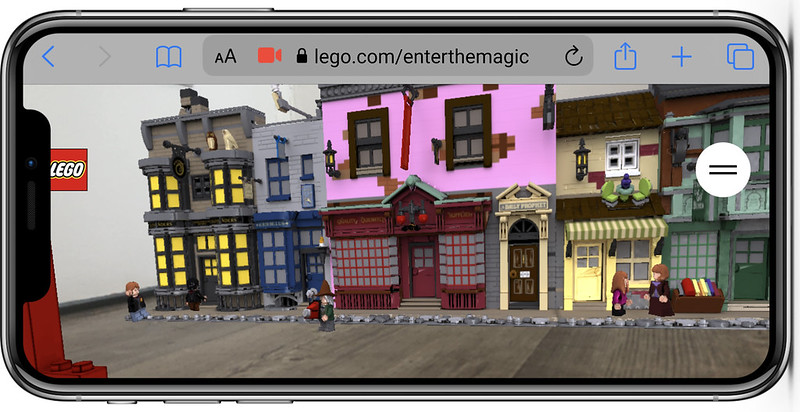