The Nuremberg Toy Fair continues today and LEGO® Germany have issued an update concerning how well LEGO is doing over in Germany. LEGO sales in Germany soar a slight rise compared to the previous year and LEGO remains the market leader in the German toy market. But the biggest information to be taken from their press release, is the increased focus on the AFOL market. Every tenth Euro spent on LEGO is from sales to adults builders. Although the focus for LEGO will always be children, it seems there will be dedicated product lines, directly aimed towards adult LEGO fans. This appears to go beyond just the large scale sets we currently get. More will be revealed later in the year, but it’s nice to see LEGO address that their AFOL customers are just as important as their traditional customer base. (Please note the press release below has been translated from German) 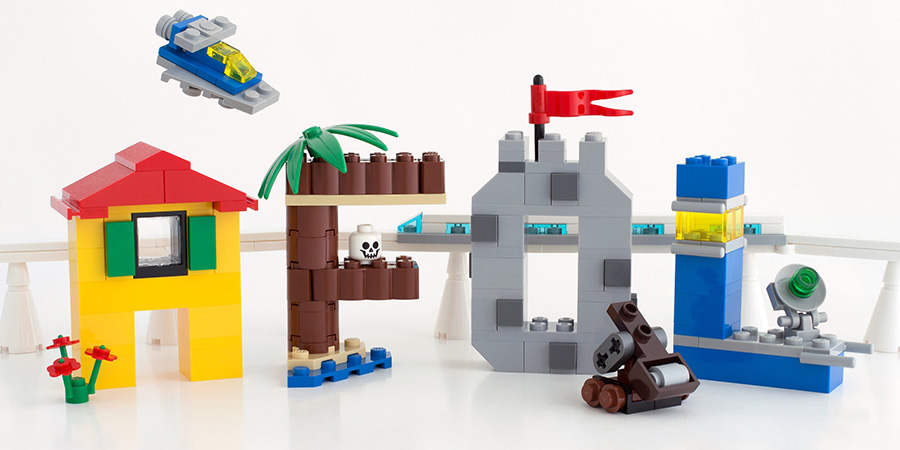 SUCCESSFUL BUSINESS YEAR 2019 FOR LEGO GMBH: EVERY SECOND CHILD IN GERMANY RECEIVED AT LEAST ONE NEW LEGO® PRODUCT IN 2019

LEGO GmbH can look back on a successful financial year:  According to NPD Group Germany, the company’s consumer sales rose by 3.2 percent [1]. In a very dynamic market, LEGO GmbH stabilized the market share of  16.8 percent [1] at the previous year’s level and remains the market leader in the German toy market. A clear focus on the interests and needs of the target group  paid off in the past financial year. Today the company presents its  new products at the International Toy Fair in Nuremberg. The new portfolio appeals to a diverse target group and is intended for both children and Adult fun. The different interests of small and large fans were the  starting point in the development of LEGO® innovations – be it the fascination for  vehicles, passion for travel, enthusiasm for everyday or superheroes, playing  together or the desire for relaxation. In addition to physical-digital sets, LEGO GmbH is launching real automotive highlights this year in cooperation with the new license partners  Automobili Lamborghini and the popular Fast & Furious license series. A special product innovation is the new LEGO® DOTS game concept, which will be available from March 2020 and will particularly appeal to children who are interested in design interested. The new game concept promotes creative self-confidence.

According to the consumer panel data of the NPD Group Germany, LEGO GmbH increased its consumer sales in Germany by 3.2 percent in the financial year 2019 and thus continues to act as a growth driver in the toy market. The company also achieved its goal in the past financial year to inspire and promote more children and adults with the LEGO® gaming experience. Internal surveys show that every second child [2] in Germany received at least one new LEGO® product last year. In addition, every tenth euro was spent on an adult. [3] In a very dynamic toy market in Germany, the market share was maintained at the high level of the previous year and is thus 16.8 percent. In Switzerland, according to the GfK panel [4], LEGO® consumer sales increased by -1, 3 percent declining slightly. LEGO GmbH’s market share in the Swiss toy market is still very high at 19.1 percent [4]. After a challenging start to the year, LEGO GmbH placed a high focus on development in the Swiss market and launched a variety of activities with local partners. These measures already paid off in the second half of last year; the company grew above the market trend again, particularly in the important Christmas business. Managing Director Karen Pascha-Gladyshev is optimistic about the new fiscal year “Thanks to the successful measures that we implemented in Switzerland, we were able to turn the course at the end of the year and continue to grow here. I am particularly pleased that the top product in Switzerland last year was a LEGO® product [4]: ​​the LEGO® Technic ™ Liebherr R9800 excavator. And in 2020 we will also be implementing many campaigns in Switzerland to get Swiss children and adults excited about our new products. ”The core lines LEGO® City, LEGO® Technic ™ and LEGO® NINJAGO in particular met the needs and expectations of the target group in both markets and so contributed to the good result. “We are very satisfied with the business development and are pleased that we can grow sustainably again and reach more children in Germany, Austria and Switzerland. Because we are fulfilling our claim to support more children with the LEGO® gaming experience. Our numbers show that our products hit the nerve of the target group and that the right product is offered for the individual interests of children and adults. With the strong sales result and our exciting portfolio of new products for 2020, we have laid a good foundation for further growth and are fit for the future, ”says Karen Pascha-Gladyshev, Managing Director of LEGO GmbH.

The main target group of LEGO GmbH are and will remain children, but in 2020 the company will also increasingly address adults to inspire them for the endless possibilities of LEGO® bricks. As early as 2019, every tenth euro of company sales was due to a product purchase for an adult. Karen Pascha-Gladyshev explains: “Mastering challenges creatively is an issue for every generation. In the future, but also today, this ability is essential to develop solutions in a variety of ways. In addition, the need to become creative yourself and to express your individual personality can be optimally developed in the game. The LEGO® system in play and our products based on the LEGO® brick provide the platform for both.

Design creatively with DOTS
Children experiment and rethink, return to the long forgotten and can hardly wait for the new. Just as unrestricted and playful as children themselves is the LEGO Group’s new DOTS product range, which will be available from March 2020 and which promotes children’s creative self-confidence. With the 2D game concept DOTS, children are given a platform for creative experimentation and at the same time a new play area that allows them to individually express their ideas, emotions and personality. In this way you can make your world unique with infinite possibilities DOT for DOT. As a playful foundation for the new concept, five different bracelets and various room decorations such as photo cubes, pen holders and jewelry stands are initially available.

New LEGO® Technic ™ partnerships: Automobili Lamborghini and the popular license theme Fast & Furious
Vehicles are a popular topic for children and adults alike. The LEGO Group is therefore pleased to announce the partnership between Automobili Lamborghini and LEGO® Technic ™ today. “After the success of the predecessor models from the Ultimate series, the Porsche 911 GT3 RS and the Bugatti Chiron, it was particularly important for us to find a partner who offered a vehicle icon with a distinctive design and groundbreaking technology in the portfolio,” says Niels Henrik Horsted, LEGO® Technic ™ Marketing Director, about the new partnership. The new LEGO® Technic ™ Lamborghini super sports car in scale 1: 8 will be available in the LEGO® online shop as well as in the LEGO® stores and in stores from August 1, 2020.

The second license partnership, which will be presented today in Nuremberg, is also about speed. For the cinema release of the ninth part of the globally successful Fast & Furious series in May 2020, the LEGO Group is launching a LEGO® Technic ™ model with authentic details and a sophisticated design in cooperation with Universal Brand Development. Jill Wilfert, Vice President for Inbound Licensing & Licensing at the LEGO Group: “The LEGO® Technic ™ brand with its authenticity and attention to detail and the action-packed Fast & Furious franchise go together perfectly. Both brands are known for creativity and cool cars. ”