A few weeks ago I was contacted by a company called Game of Bricks, who create a range of Light Kits for various LEGO® sets. They asked if I wanted to take a closer look at one of their kits, so I decided upon the Stranger Things Light Kit. The kit arrived a few weeks ago and I set about installing it onto my previously built The Upside Down set. 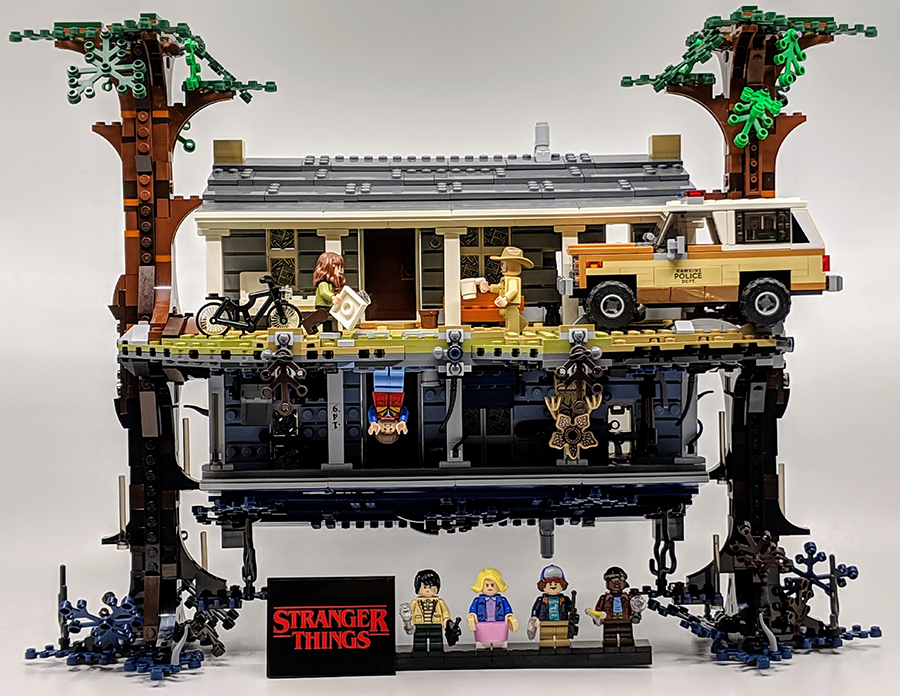 The kit comes well packaged in a nice little box, with the lighting and power components each packed in their own bags. Some are labeled, whereas others aren’t. Although it can be easy enough to decipher what goes where, I think it would help to have all bags labeled. 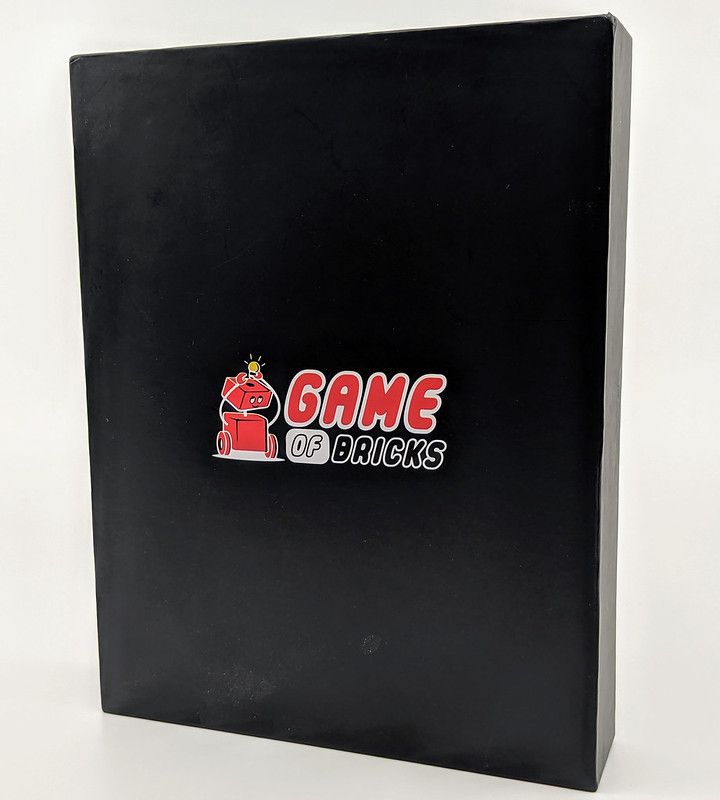 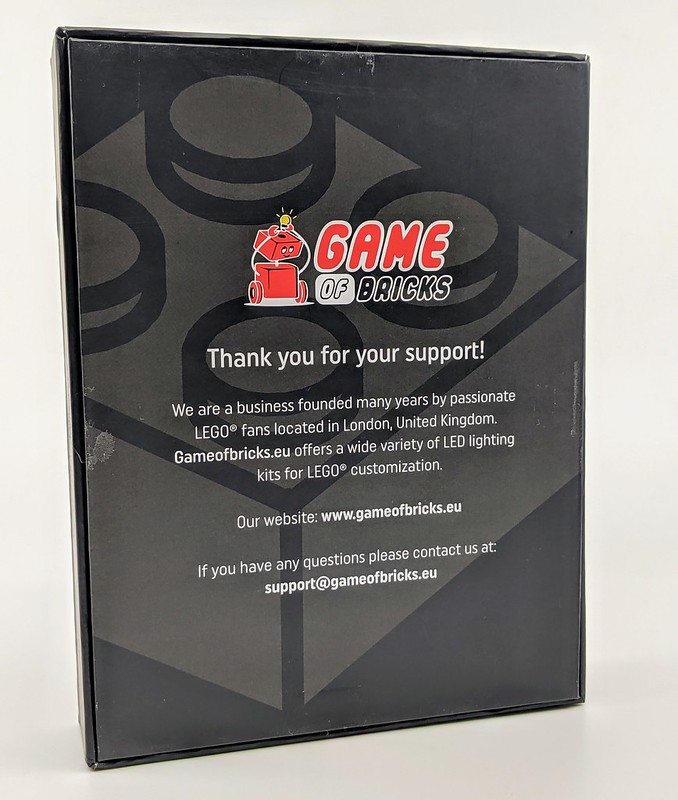 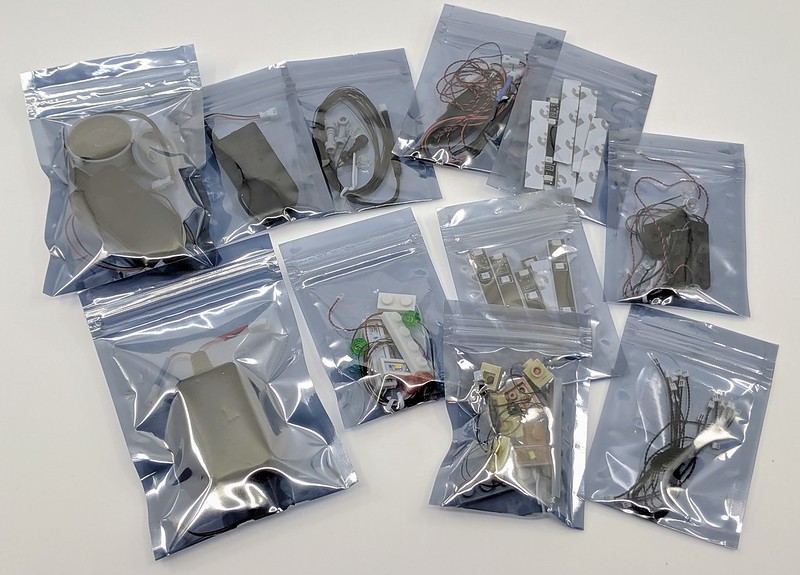 There are no physical instructions included with the Light Kit, instead Game of Bricks, provide a link to a step-by-step YouTube video. Although this may feel a little different for those used to using paper instructions, the nature of the adding the lights to the set is best done with a visual guide. There are various different forms of lights, these include stick on strips and elements with the lights added into them. The elements included in the kit are not genuine LEGO pieces, which is a little disappointing. 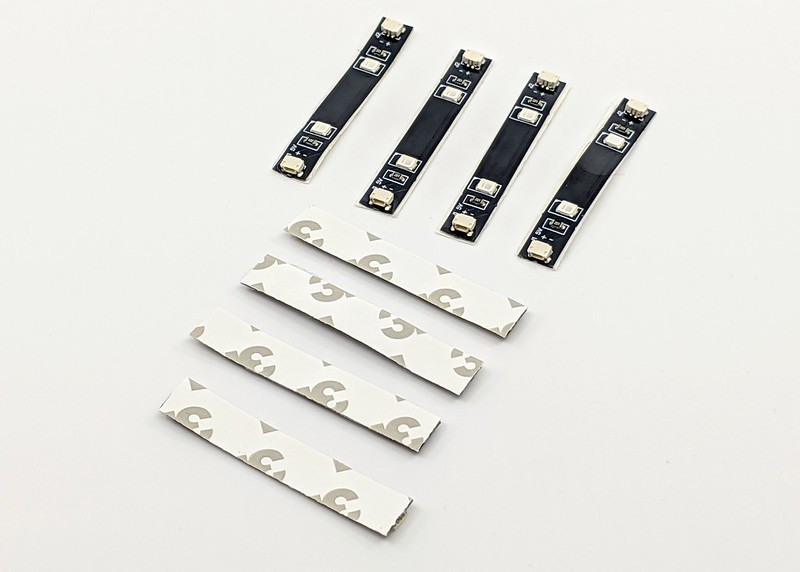 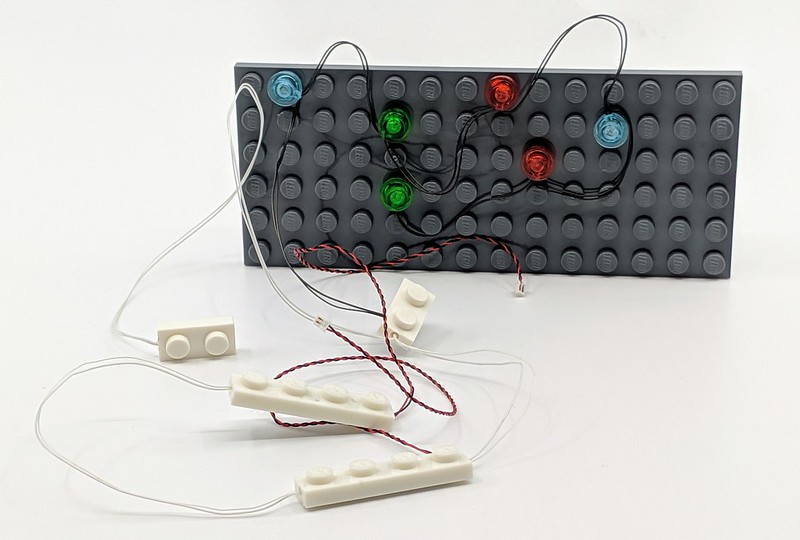 The light are added to each of the trees, with the real world being lit in red LEDs and The Upside Down in blue. They flash and light up in various sequences. The famous Christmas lights can be switched out with light-up versions. Each of the Minifigures torches can be changed to light-up version. But my favourite bit has to be Hopper’s Police 4×4. This can be changed to feature working lights, an interior light and best of all, flashing emergency lights. 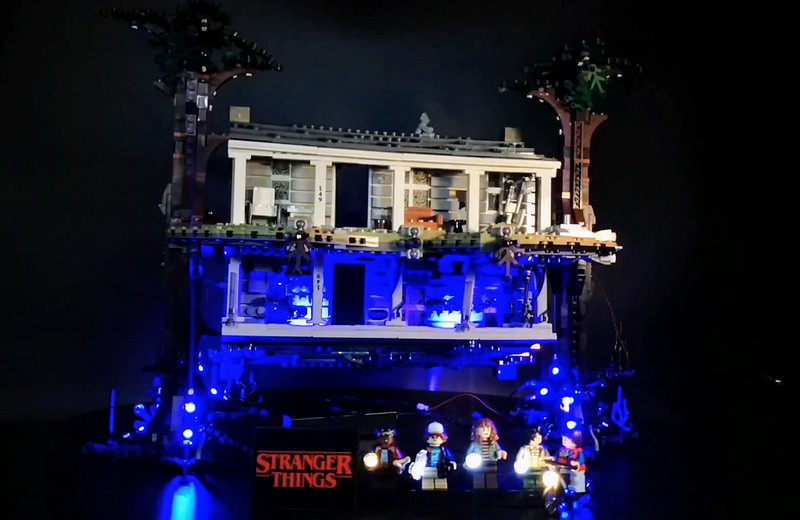 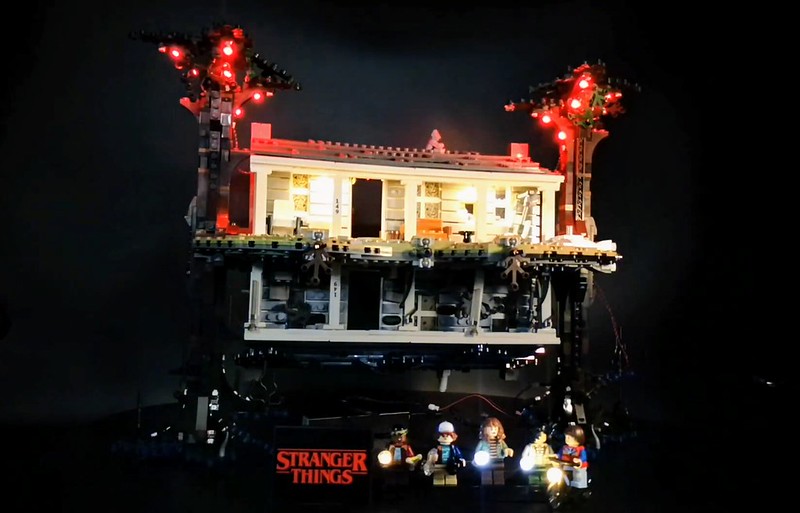 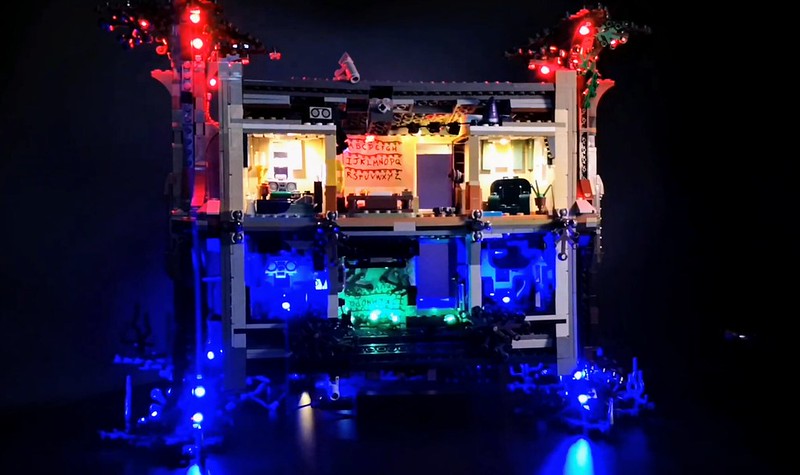 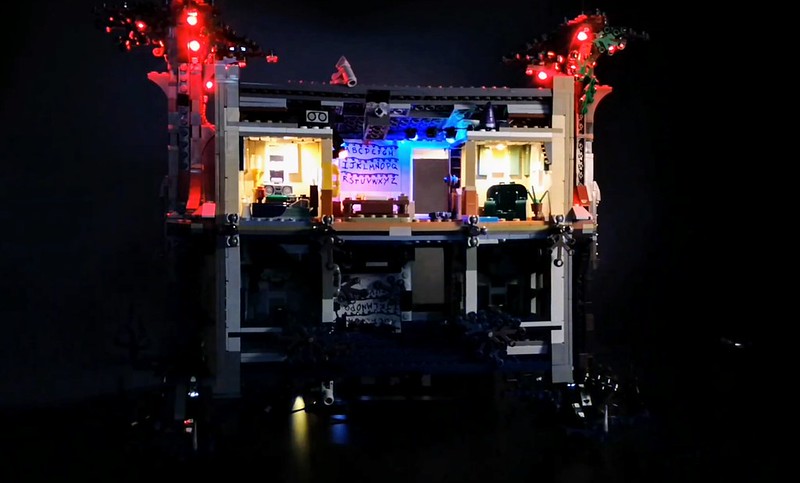 There was another piece in the kit I was a little unsure as to what it was for, I thought it may have been included by mistake or I had the wrong kit as I couldn’t match it to anything in the set. But it turns out Game of Bricks do deluxe versions of their Light Kits, which also includes sounds. That little dish-like piece is a small speaker system. Little it may be, but it’s mighty loud and plays the Stranger Things theme, along with some Demogorgon sound FX. It’s a cool addition to the kit and really helps to bring the set to life a little more. Perfect for those who like to display sets at shows.

I’ve always been intrigued by lighting kits for LEGO sets, but have never attempted to light-up any of my builds. When I opened the box, I was a little overwhelmed, there were so many wires and connectors. Once I’m got my head around where they were for, thanks to the video, it was easy enough to add them. Admittedly a little fiddly in places, but the end result is quite cool. It certainly looks better in the dark, not only because that’s how lights work, but because the wires are less visible. That being said they are quite thin wires so they aren’t that bad to look at. The worst offenders are the ones added to the Minifigures as the wires come out the back of the handle elements, but a little creative positioning can make them a little less messy. My first experience of lighting up LEGO has been a good one and after looking through the Game of Bricks website, there are a few other light kits which look rather cool, even one for the new LEGO Ideas Treehouse.

Game of Bricks provided this kit for the purpose of review, the thoughts within this review our that of BricksFanz and do not reflect that of Game of Bricks. These kits are not official LEGO products.