With Avengers Endgame being in cinemas for over a week now, and it’s global box office smashing through the $2 billion mark; it’s time to see how well the LEGO® sets compared to the on screen action. Be warned this will be a somewhat spoilery look at the various LEGO Avengers set released a few weeks ago and the plot points in Marvel Studios Avengers Endgame. So if you haven’t seen the movie yet turn back, before it’s too late.

Still here, well LEGO sets have a long history of revealing possible plot points in the various blockbusters movies they are based upon. Of course they aren’t always correct, the Snowspeeder from The Force Awakens range never appeared on screen and even in the realms of Marvel, The Mandarin never chased after Iron Man in his special gun buggy at any point in Iron Man 3. With the LEGO Design Team working on product ranges so far in advance, they are given close access to conceptual artwork and storyboards, on the understanding these elements will appear on screen. But it doesn’t always work out as mentioned above. But how do the new Avengers sets compare to the action on screen? Let’s take a look 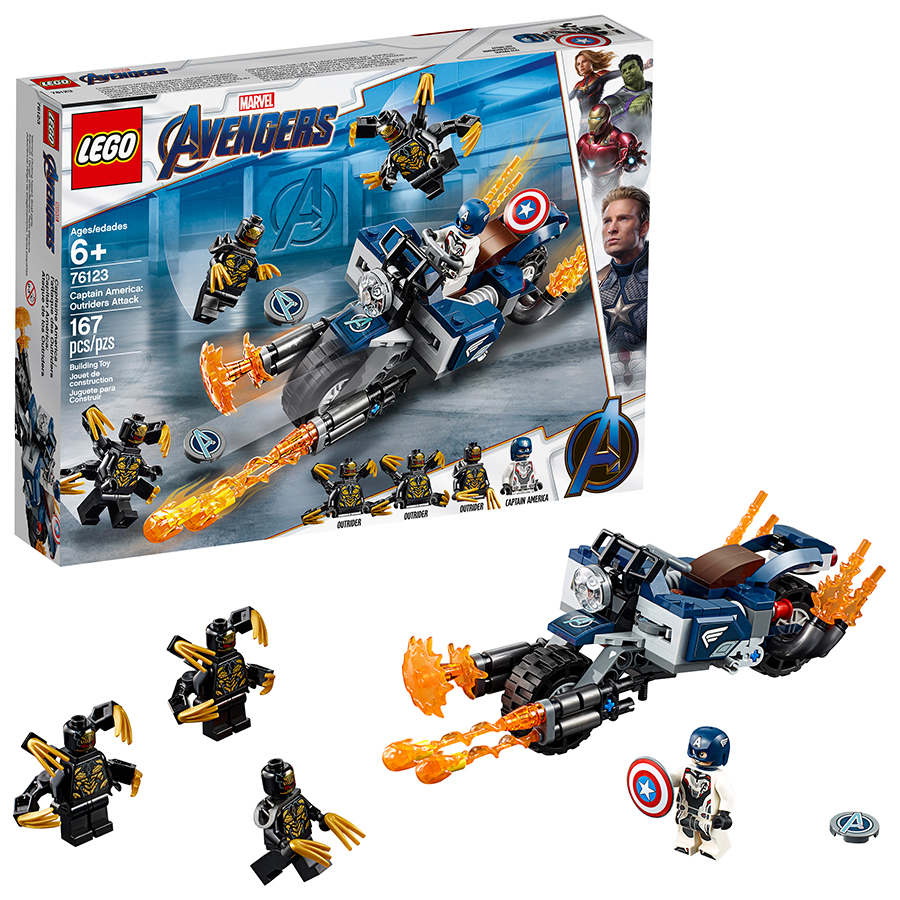 Although Captain America has kicked butt on a motorcycle before, he doesn’t hop on a hog in Endgame. This LEGO version is also rather bulky compared to any other bike Steve has ridden as well. The set does have one redeeming feature, after all these years Capt finally gets a helmet element. He does don his original outfit during the return to 2012, but it’s not matched up to the Quantum Realm suit. 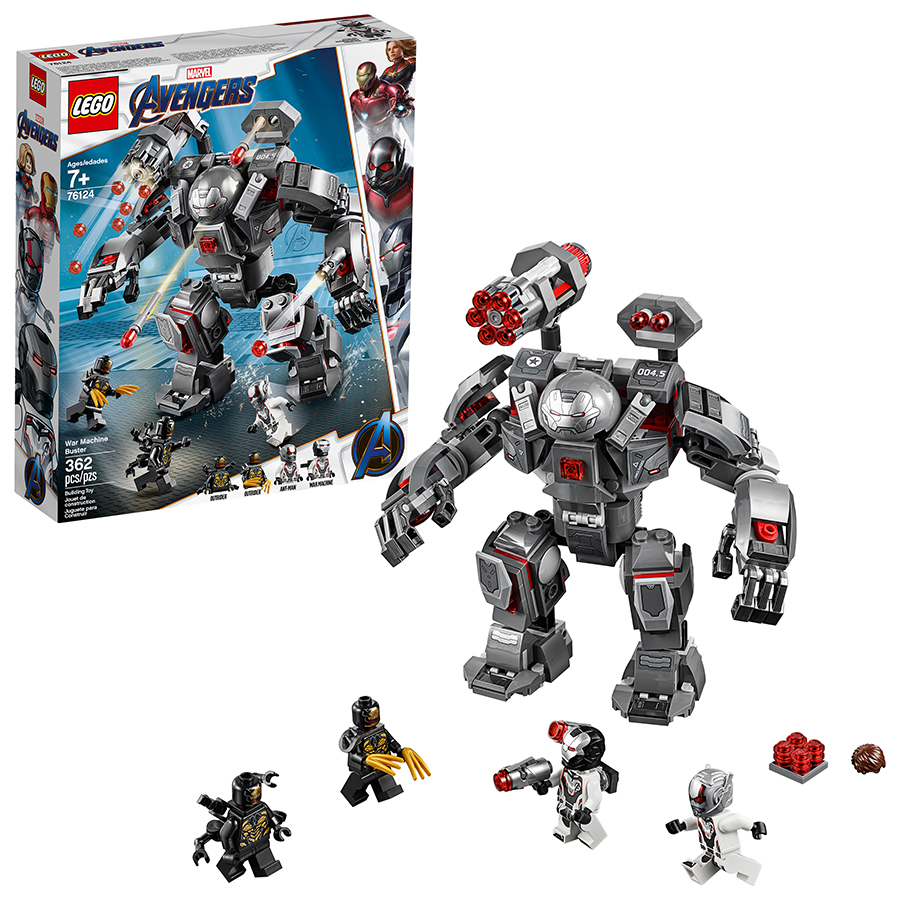 The Hulkbuster armour has appeared in LEGO forms a few times over the years. Although it never appeared in Endgame, this variant version didn’t either. Instead of being the same colour scheme of Stark’s Iron Man suits, the completely made up LEGO set, uses War Machine as it’s inspiration. With Stark loss in Space and then recovering from his time there, it would seem unlikely that he had time to create a War Machine flavoured buster suit. 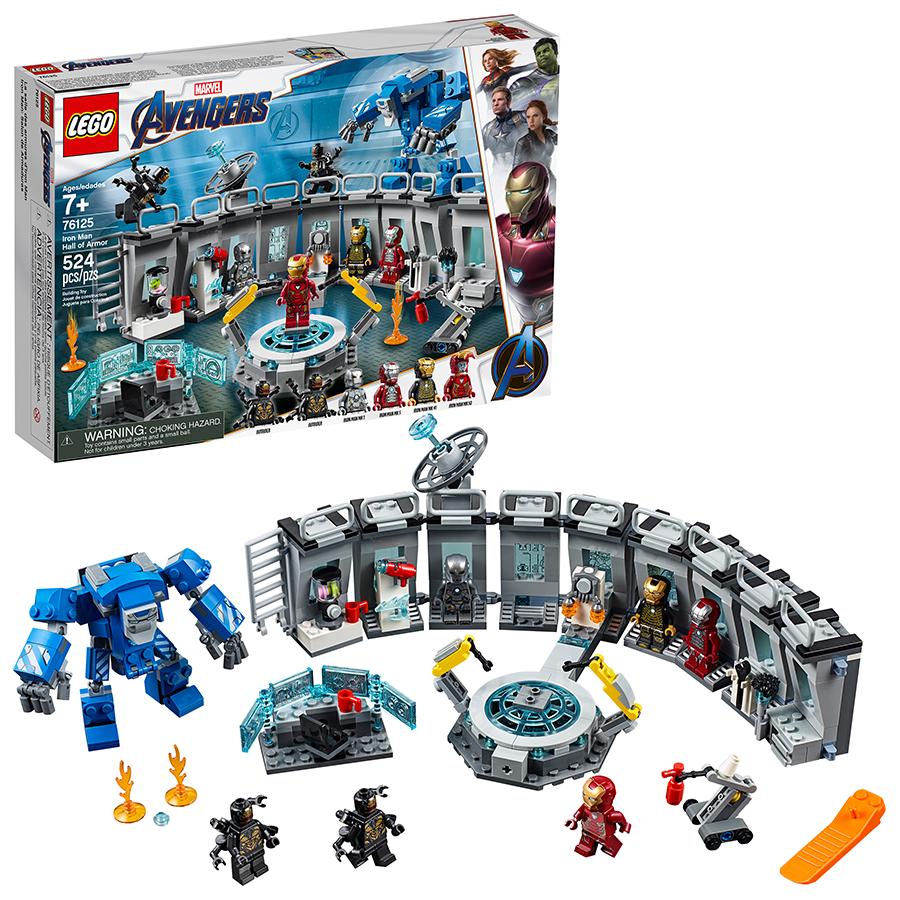 LEGO Marvel fans have been crying out for Iron Man’s hall of armour since the very first LEGO Marvel Super Heroes sets arrived. The set’s location doesn’t appearing in the film and I doubt very much it ever did. The Outriders would suggest some sort of connection to the film as they first appeared in Infinity War. I think that due to Tony’s fate in Endgame, this would be the last chance LEGO had to create a set of this sort, which is connected to the MCU. 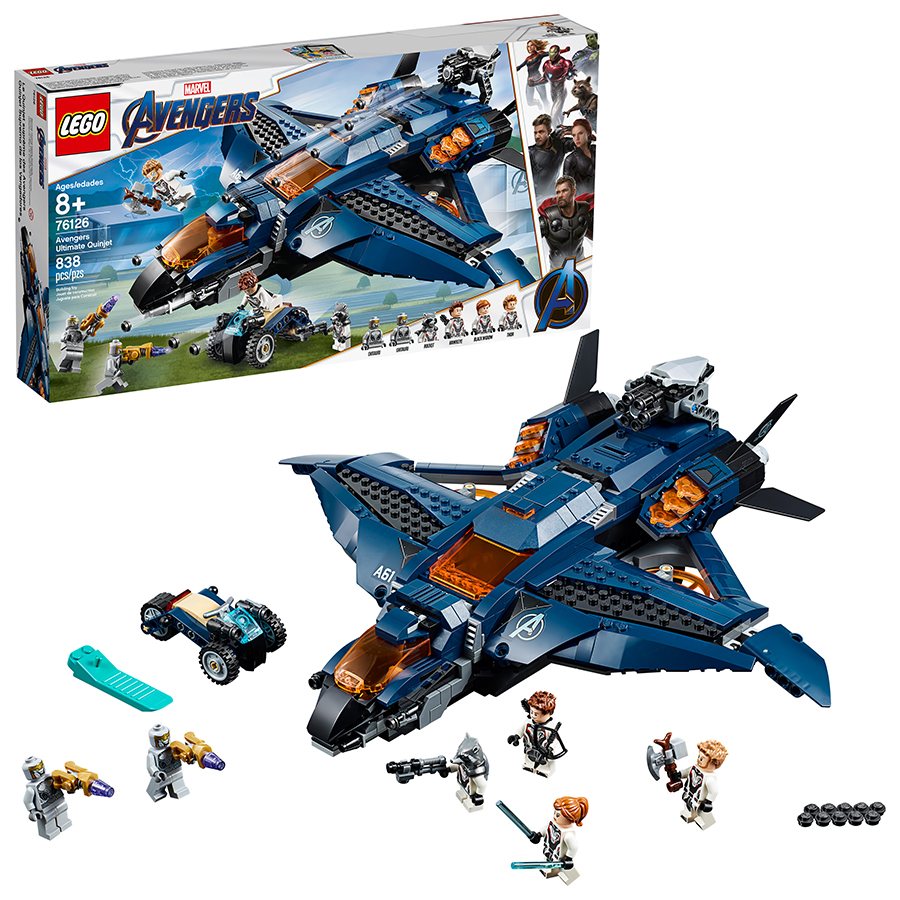 This set is another which is a little wide of the mark, when compared to the movie. At no point does a Quinjet of this sort appear in the movie, however the Minifigures do a little better job of matching the movie versions. At one point the Avengers return to 2012 and the Battle of New York, where the Chitauri attack. Although the rest of the character almost match their movie counterparts in terms of the Quantum Realm suits, the particular characters included aren’t the one who return to New York and Thor is a little more slender. 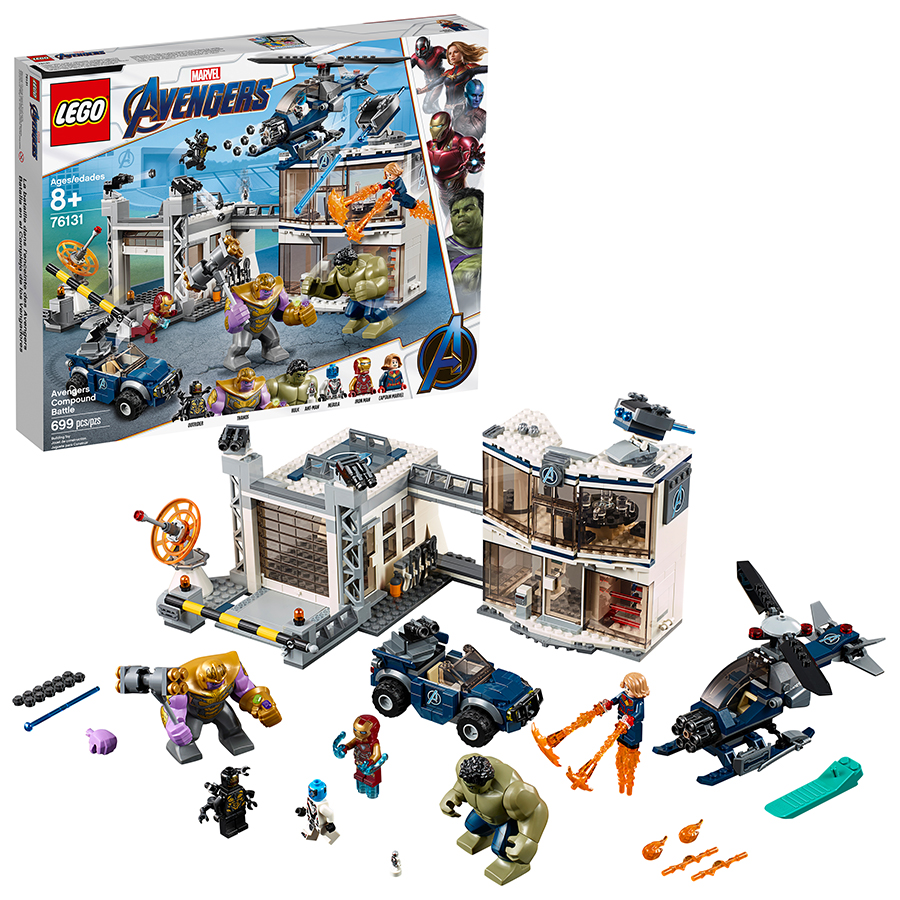 One of the only sets in the entire wave to have a connection to the movie is the Avengers Compound. Towards the last act of Endgames story, Thanos and his army return to Earth to attack the remaining super heroes in their compound HQ. The characters included in the set are relevant to the scene in the movie, with the exception of Hulk. Although he appears in the movie, he is now the super intelligent Professor Hulk, who has a few more clothes than he does in the set. Captain Marvel also has the wrong hairstyle. In both cases, these would ruin minor fun reveals in the movie.

So there you have it, did LEGO create these sets based on scenes cut from the movie, unlikely, if it was one or two sets, then possibly but not four. Did they intentionally mislead so not to spoil the events of the movie, perhaps. Either way there is a tricky balance between what the sets features in terms of characters and a little artistic license of the part of LEGO. Although the boxes feature the Endgame versions of the characters, including Professor Hulk, technically they aren’t branded as Endgame sets, merely Avengers.