If you buy any LEGO® Juniors set between now and November 12th you’ll get a funky little LEGO Juniors Racer polybag set for free. The LEGO Juniors range provides younger builders with easy to build sets, that act has a great step between LEGO Duplo and LEGO system sets. The range also includes a wide range of sets based on other LEGO IPs including LEGO Friends and LEGO NINJAGO as well as licensed properties such as DC Comics, Disney and Marvel. Despite the LEGO Juniors range having a younger focus, it actually has some pretty cool sets in particular The LEGO NINJAGO Movie Shark Attack set and the LEGO Disney Cars 3 Florida 500 Final Race set. Simply add any LEGO Juniors set to your shop.LEGO.com order and the set will automatically be added to your basket. This promotion is not available in LEGO Brand Stores. 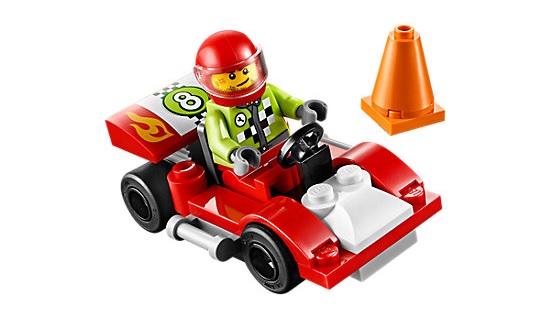 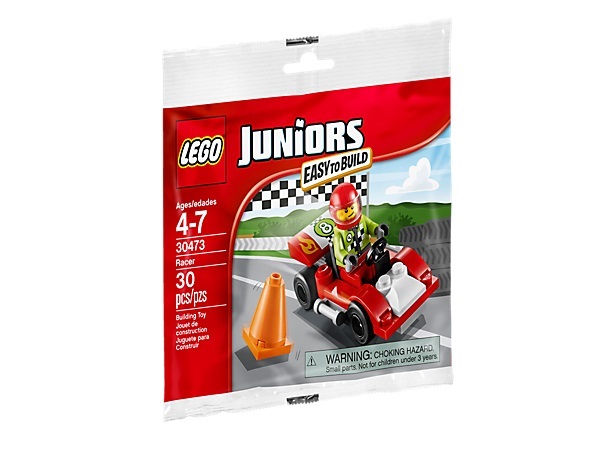 Hop in the LEGO® Juniors Racer and zoom around the track! Go faster than everyone else and win the race. Includes an orange cone and racer minifigure.