As well as showing off the upcoming LEGO® NINJAGO City Gardens set, the LEGO Catalogue currently in the hands of Canadians LEGO fans via Brickset, it also offers the first look at sets based on Marvel’s Eternals. In fact, it’s the first look at the upcoming movie full stop. Eternal will take the MCU deep into the cosmic realms, with a group of ancient immortals, who were created by the Celestials. They will face-off against the monstrous Deviants during their MCU debut in late 2021. If the story sounds a little crazy, then the sets certainly reinforce that with four of them shown in the catalogue. They include 76156: Rise of the Domo, 76145: Eternals’ Aerial Assault, 76154: Deviant Ambush! and 76155: In Arishem’s Shadow. The sets will include various members of the Eternals, so you’ll need to get all the sets to complete the team. 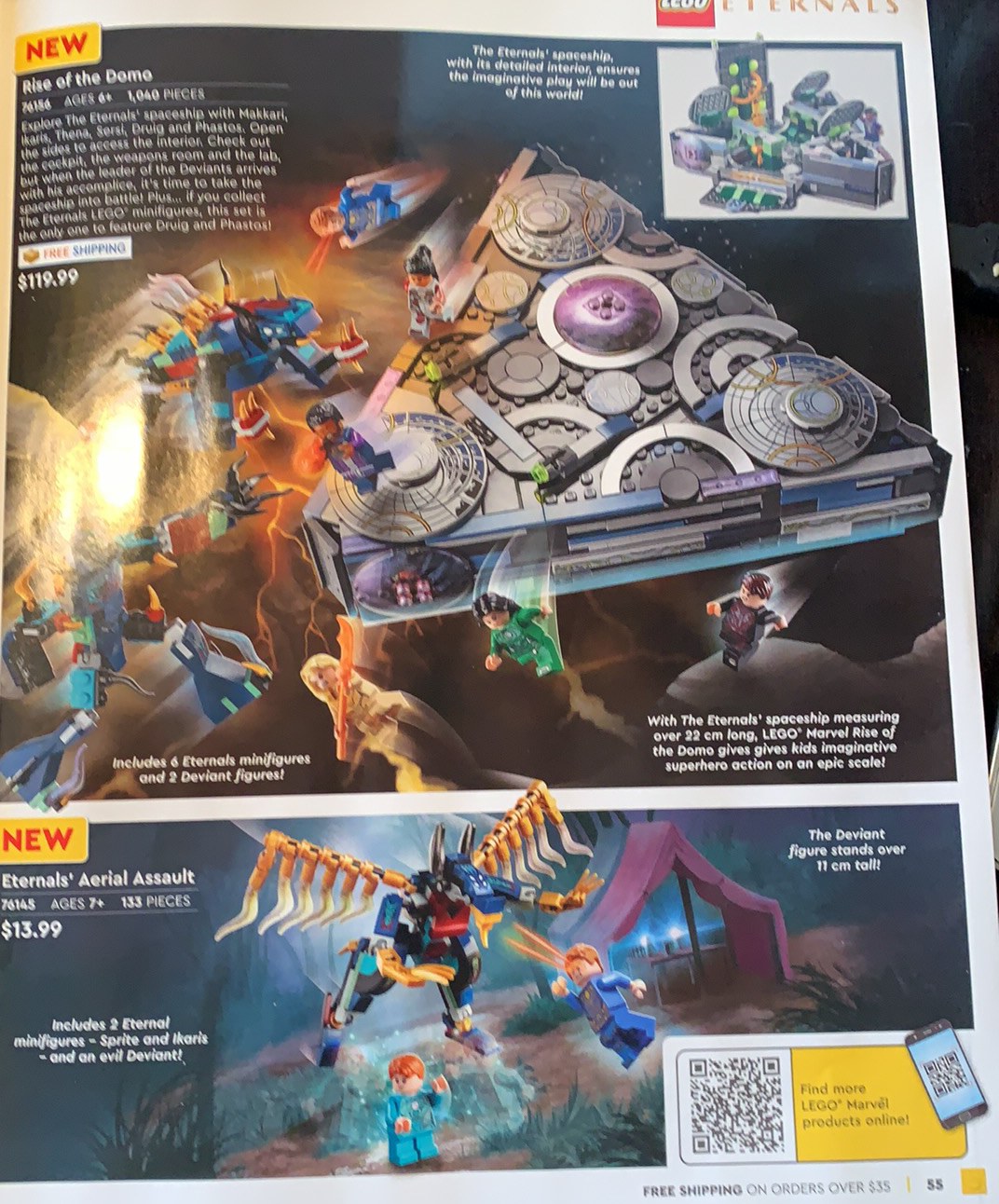