We have the first look at one of DK Books’ upcoming new LEGO titles, coming in 2018. The LEGO Animal Atlas is filled with loads of animal facts and over 100 inspirational animal-themed LEGO builds. That’s not all the book also includes 60 LEGO elements which can be used to build four exclusive LEGO minibuilds, which include a panda, a penguin, a giraffe and a kangaroo. The LEGO Animal Atlas will be published by DK Books in early June and you can pre-order your copy now from Amazon. 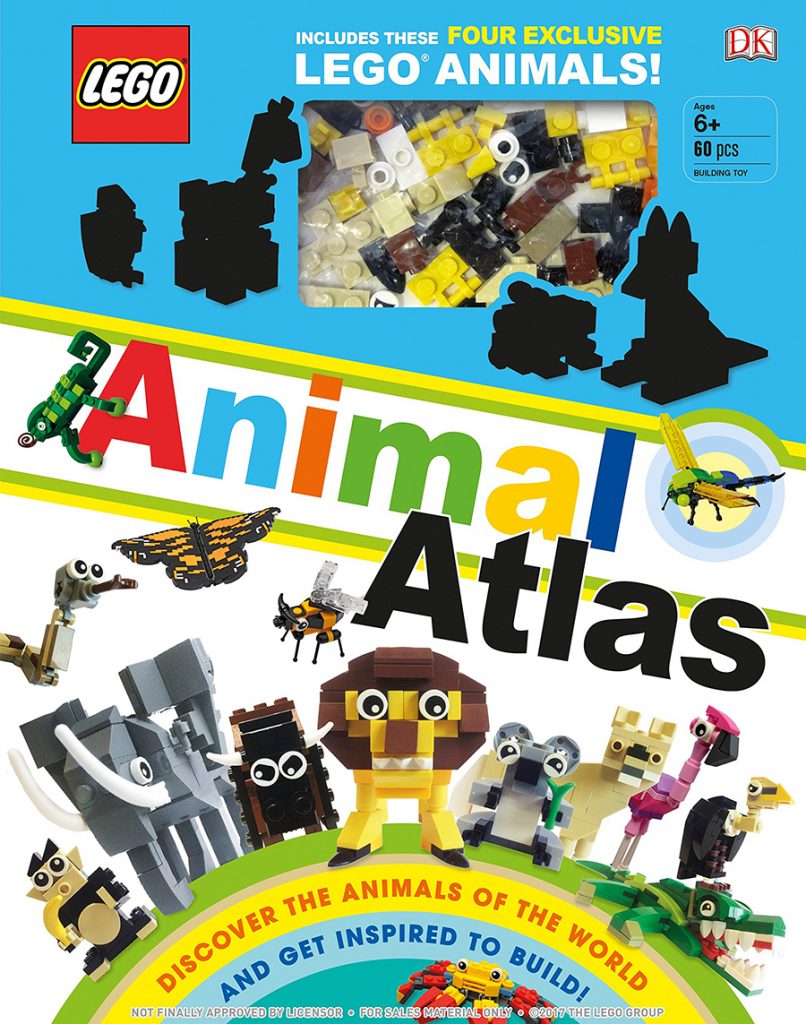 Discover the planet’s amazing animals with specially commissioned LEGO® models and maps. Which animal gobbles up 4,000 clams in one meal? Where can you find a snail as big as a baseball? The LEGO Ideas: Animal Atlas has answers to these questions and a whole lot more. The book is packed with fascinating facts, images, and building ideas for more than 110 models of the world’s most awesome animals.

A detailed LEGO map, dotted with charming micro-build creatures, introduces each of the continents. The maps are followed by colourful spreads featuring up to seven LEGO animals in their habitats. From a cute koala in the Australian outback to a mighty lion prowling the African savanna, this book showcases many of the world’s favourite animals–plus some unusual sights, such as the bizarre blue-footed booby and the mysterious giant squid.

The models are built with mostly standard bricks, and tips and breakdowns will inspire children to create their own animal models. A combination of clear photos, authoritative text, fun facts, and classic LEGO humour helps children learn as they build and play their way around the animal world.