The year is bearly a week old and already the LEGO® leaks are flowing. I say leak this has actually come.via a LEGO store. It gives us the first glimpse of the upcoming new LEGO Ideas set based on the International Space Station. The images comes via a store flyer, advertising an in-store at the LEGO store in Nuremberg. Where the fan designer signing event will take place ahead of the sets launch on February 1st. The set was voted for during a second chance vote, which saw the ISS getting another chance to become a set despite missing out first time around. This comes via PromoBricks and HothBricks. 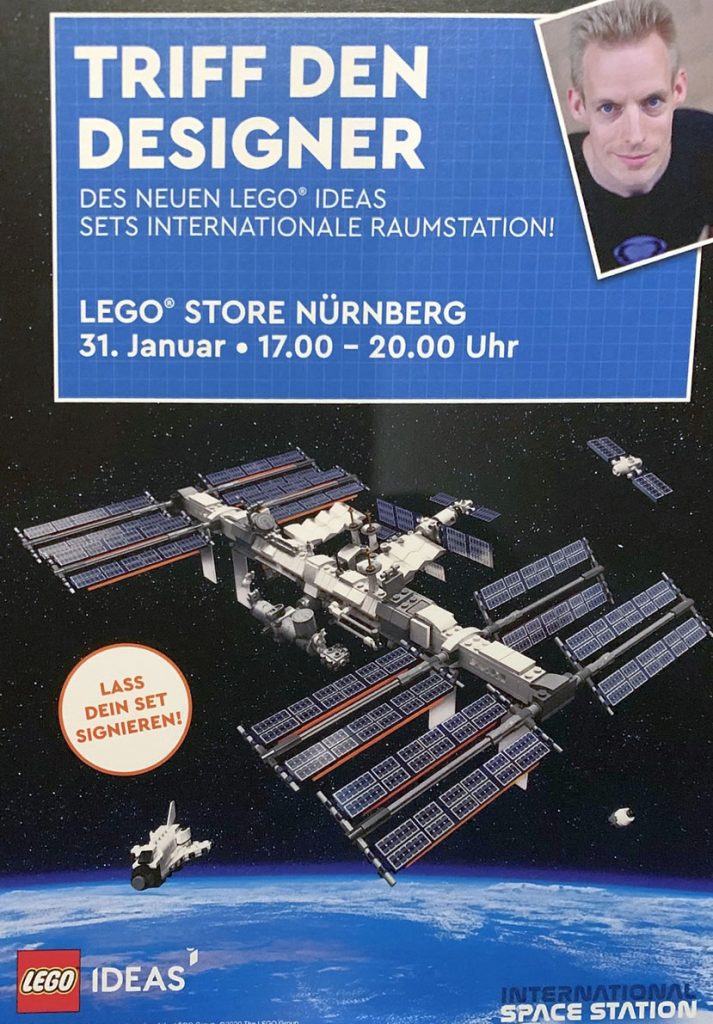