The final piece of DLC is now available for LEGO® DC Super-Villains. Download now to get access to the Young Justice Level and Character Pack. Take control of members of the Young Justice League and defeat members of the The Light. Plus gain access to these additional characters including Aqualad, Artemis, Miss Martian, Kid Flash, and more. The Young Justice DLC can be purchased on it’s own or can be downloaded for free if you own the LEGO DC Super-Villains Season Pass. This marks the end of the current state of LEGO Games from TT Games. We are yet to officially know what they are currently working on, but a new LEGO Star Wars adventure is strongly rumoured to be released later this year. With E3 taking place next month, we’ll hopefully find out what the future of LEGO gaming will includes over the next few months. 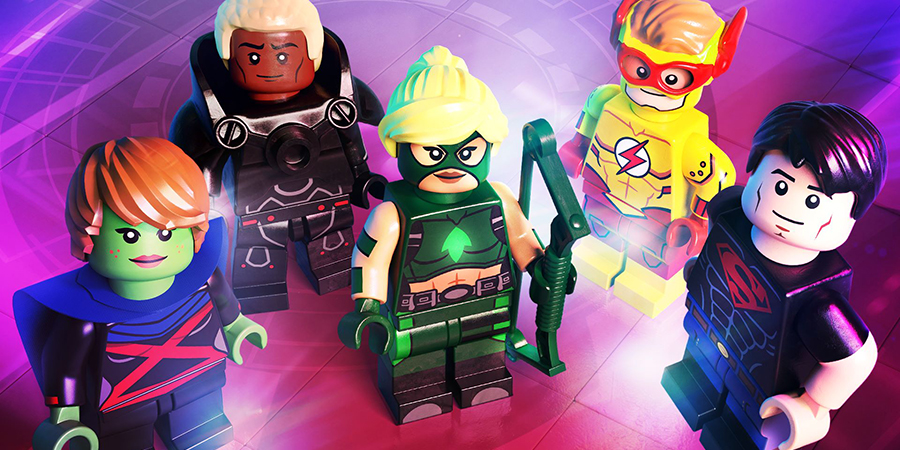 Warner Bros. Interactive Entertainment today released the level and character pack for LEGO® DC Super-Villains: Young Justice Animated Series on PlayStation® 4, Xbox One, Nintendo Switch™ and Windows PC. The downloadable pack, available for £2.49, adds new content inspired by hit animated series ‘Young Justice’, where teenage DC Super Heroes attempt to save the world as part of ‘the Team’ – a group assigned to undertake covert operations on behalf of the Justice League. Inspired by the show, players must defeat the villainous enemy team known as ‘The Light’ while playing as Super Hero characters in Young Justice including Kid Flash, Aqualad, Artemis (Tigress), Miss Martian, SuperBoy and a new villain to fight and unlock, Black Beetle.

Kid Flash plays a key role in the new level and is the youthful alias of Wally West who initially adopted the name after being struck by lightning like his uncle, The Flash. Kid Flash has superhuman speed and served as a sidekick to The Flash. His first appearance was during the second season of Young Justice.

The son of villain Black Manta, Aqualad, uses his powers of hydrokinesis, super-strength, and invulnerability, alongside his ability to survive underwater. In the animated series, Aqualad helped and befriended Aquaman, who then offered Aqualad the opportunity to become his protégé and serve as a Super Hero for the Team during the first season of Young Justice.

As a master archer, Artemis (Tigress) is skilled with a compound bow and the former protégé of Super Hero, Green Arrow. She was recruited by Batman and Green Arrow to join the Team during the first season of Young Justice. Though her real name is Artemis, she also operates under a secret villain alias and appearance known as Tigress.

In the first season of the Young Justice animated series, Miss Martian runs away from her home on Mars without saying goodbye. Now on Earth, she has a strong desire to fit in with Earthlings. Upon joining the Team, she uses her abilities such as telepathy to know what those around her are thinking – sometimes to the disdain of her teammates. Miss Martian becomes the leader of ‘the Team’ during the series.

SuperBoy is a genomorph and a binary clone of Superman and Lex Luthor, as well as a founding member of the ‘Team’. He shares both physical traits of Superman and never visibly ages due to the side effects of cloning. SuperBoy was liberated from the cloning project by Aqualad, Robin, and Kid Flash and soon joined with the young Super Heroes to convince Batman to allow them to create their own team in the first season of Young Justice.

Black Beetle is part of ‘The Reach’, an insectoid species of alien and ally to The Light. He has super-strength which he uses to overpower his opponents in battle. Players will be able to fight against him and unlock Black Battle as part of the level and character pack. Black Beetle made his appearance during the second season of Young Justice.

The Young Justice Animated Series Level and Character Pack is part of the Season Pass included in the LEGO® DC Super-Villains Deluxe Edition available on PlayStation® 4, Xbox One, Nintendo Switch™ and Windows PC.