Embarking On A Builder’s Journey

All journeys need a starting point and for Light Brick Studio that would be in late 2019. Part of the launch line-up for Apple’s new subscription service Apple Arcade, A Builder’s Journey as it was first known, would be the debut title from new in-house LEGO® Games studio, Light Brick. The game took players on a short but artistically stunning journey through a brick-built world. The characters were simple brick constructs and the game guided players through exploration not hand-holding. This magical LEGO experience was unlike any other LEGO title, but the limitations of Apple Arcade meant it wasn’t experienced by as many people as it should have been. 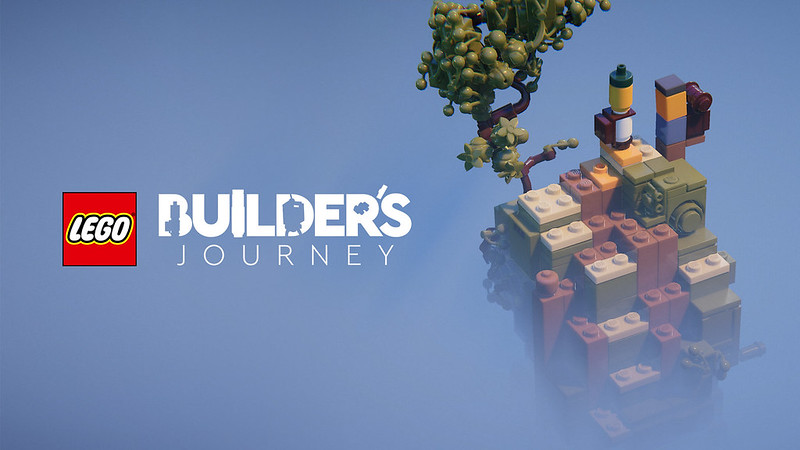 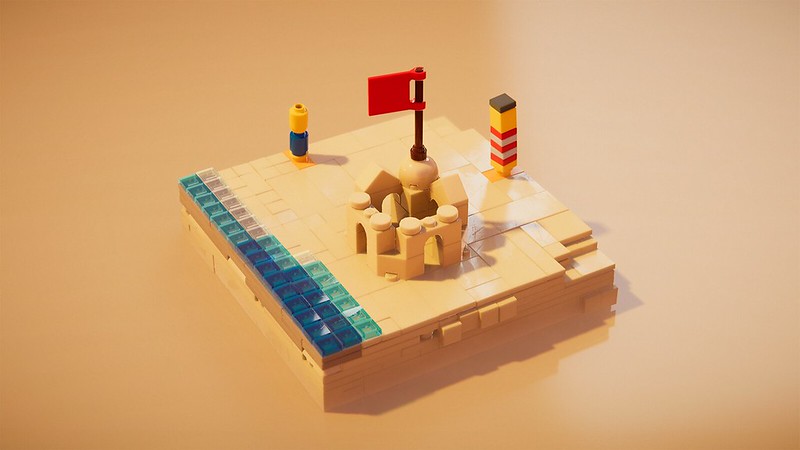 Thankfully over a year since it hit iOS, LEGO Builder’s Journey has now leapt PC and Nintendo Switch. This week I and a small number of fellow RLFM sites got to sit down with the Dev team behind Builder’s Journey to discuss this wondrous LEGO experience. One of the key things Light Brick wanted to achieve is to offer an experience inspired by the creative learning offered by physical LEGO play. The game has very little information on what you need to do to advance, instead, there are subtle nudges. Just like you would get creative with a pile of bricks and no instructions, Builder’s Journey ‘rewards’ picking up virtual bricks and sticking where they best fit to help the journey continue. Although this is a largely unguided journey, Light Brick has stayed very much within the LEGO System of Play realm. Bricks and their colours can all be found within those found in the LEGO element portfolio. Their physics may act in a little more whimsical fashion, but all the games 16×16 locations could be recreated with physical elements. In fact, they even built some of the locations with real builds, more for fun than for game design. 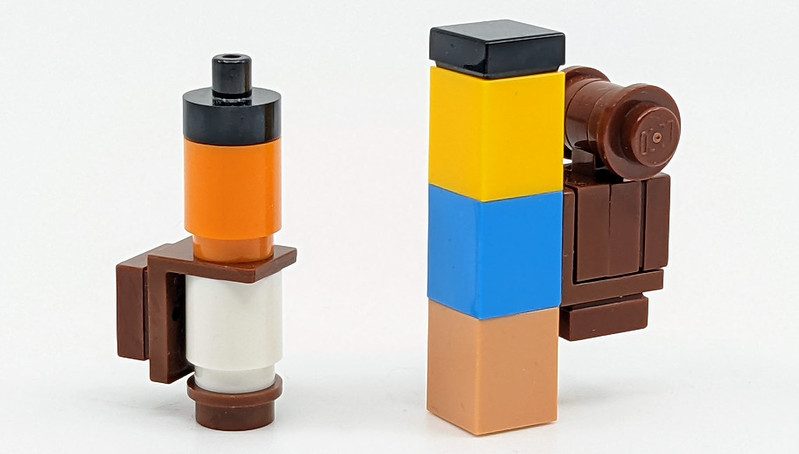 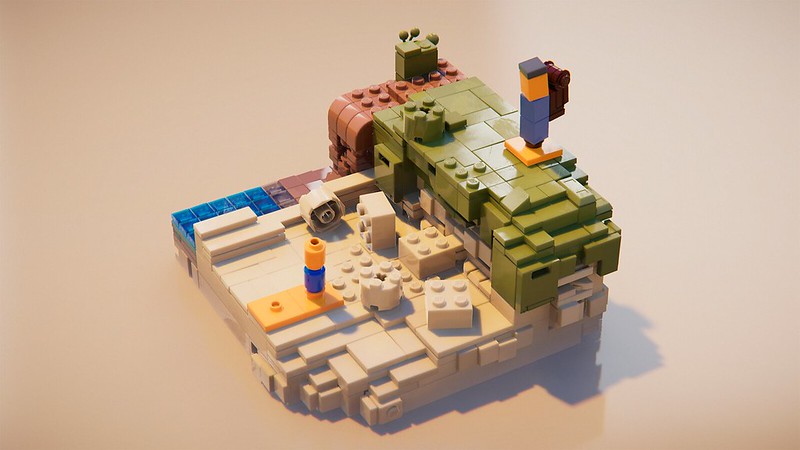 The recently released version of Builder’s Journey contains additional and expanded content compared to the original Apple Arcade title. On PC this includes Ray Tracing which portrays the digital bricks in the most realistic way possible. But even if you don’t have a high-end PC there are other performance modes to help balance the game to your system. On Switch, the game looks impressive and is greatly suited to a handheld system. A PlayStation and Xbox version is currently being looked into, which should expand the player base even further. 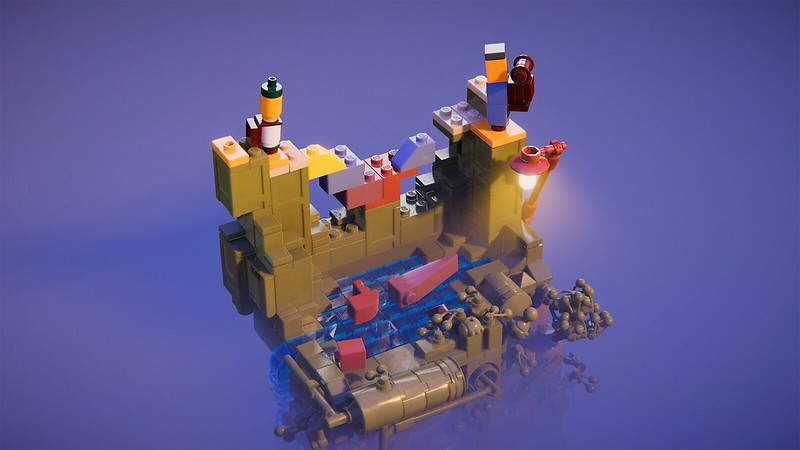 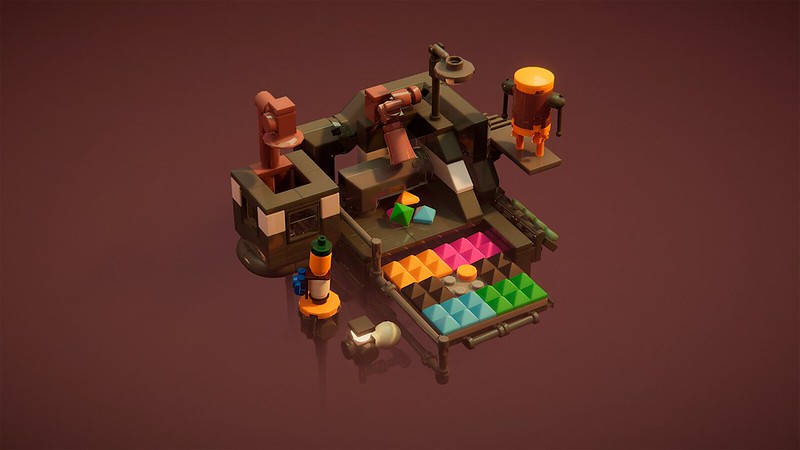 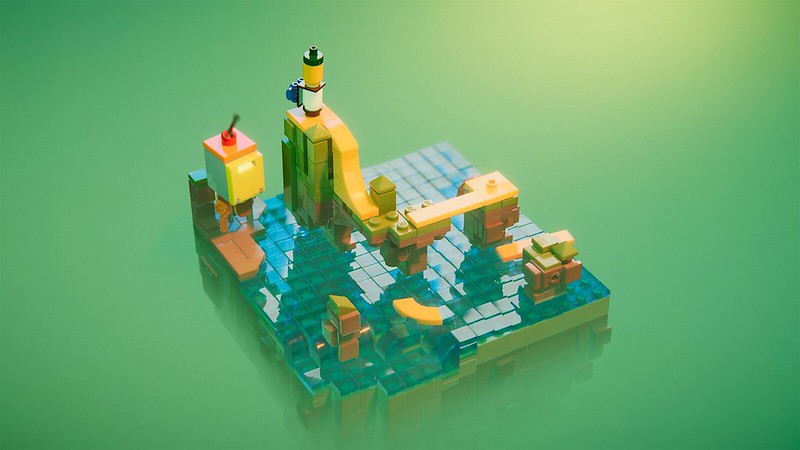 Beyond its current state Builder’s Journey may also expand in scope with further content possibly being added in the future. Although no further details were able to be shared at this time. Light Brick is committed to continuing to offer unique digital LEGO experiences. They began as a team within the LEGO Group before being spun off as an independent studio backed by LEGO Ventures. This gives them more freedom to explore their own journeys but is very much still part of the LEGO family. Beyond technical feats and grand recreation of LEGO elements, Builder’s Journey is a whimsical tale of the importance of play. Even if your day is centred around work, sharing the spark of creativity with those around is just as important.

LEGO Builder’s Journey is available now on iOS and Mac via Apple Arcade (subscription required), PC via Steam or Epic Game Store and Nintendo Switch via the Nintendo eShop.