After briefly being shown in a video review of another set, the first official image of a new Day of the Dead-themed BrickHeadz set has been revealed. An image of 40492: La Catrina has been added to the LEGO® Instruction page. This new seasonal set is based on an old Mexican etching that has become the symbol of Día de Muertos or the Day of the Dead. The character is a female skeleton kitted out in a colourful outfit and hat, as well as the colourful face paint often associated with the Day of the Dead celebrations. I would assume it will be released on August 1st. 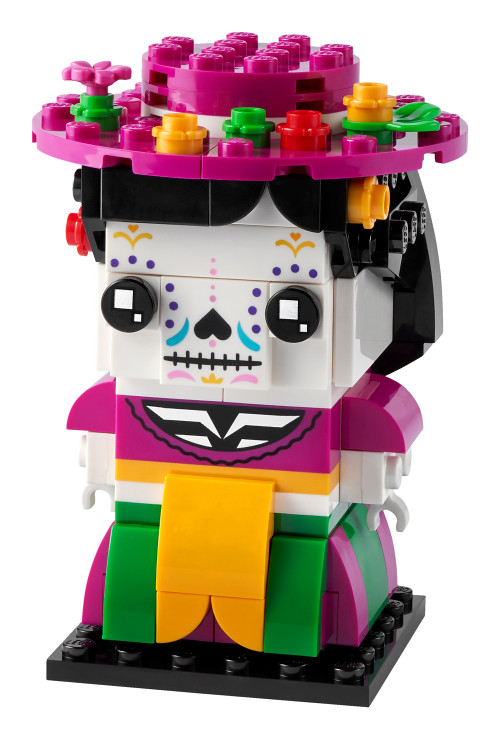