A few weeks ago, Chronicle Books released a number of new products in their new LEGO® range. These include three new LEGO-themed Jigsaw Puzzles, a notebook and pack of notecards. Chronicle Books have kindly sent across the various puzzles and other goodies to take a closer look at. The first LEGO jigsaw proved quite popular when it was released earlier this year. A combination of lockdown and LEGO fuelled an interest in this new product line from Chronicle. The new jigsaws feature various bespoke LEGO imagery. One features a line-up of Minifigure characters, the other focuses on Minifigure faces and the final puzzle blends real world elements with LEGO ones to create a colourful array of brick-built ice cream tubs. 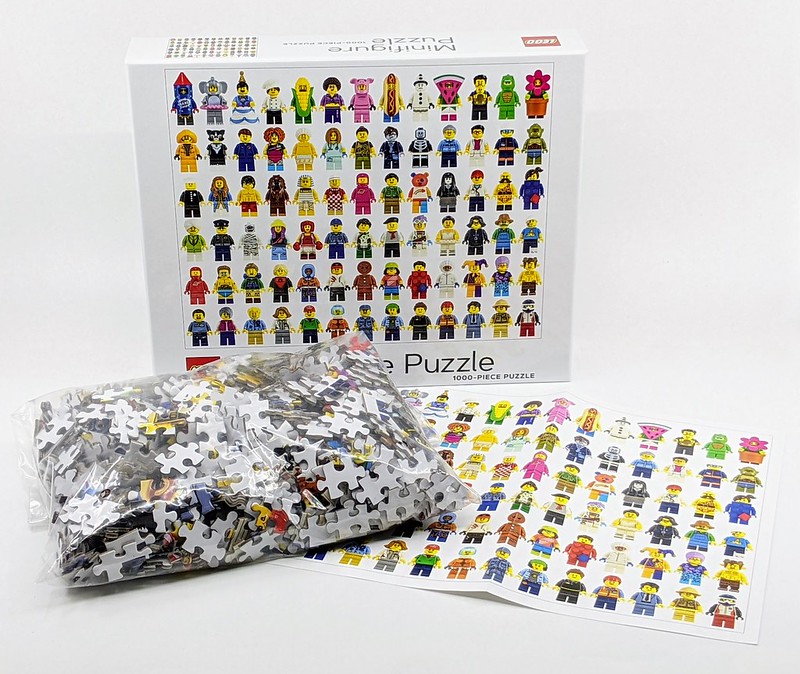 Each box includes 1000 jigsaw pieces and a small poster of the completed image. Both of these would make amazing pieces of artwork, in particular the completed jigsaws. I’m sure framing one would be easy enough to achieve. 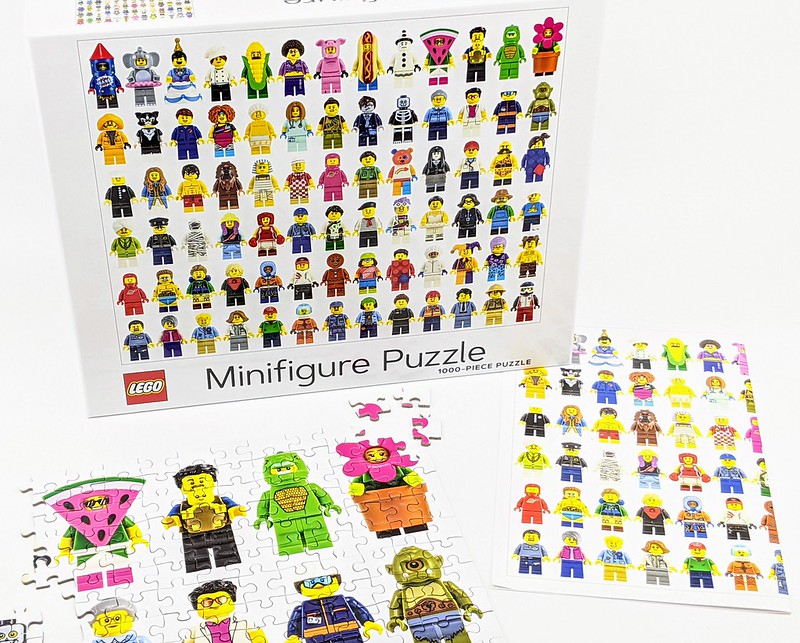 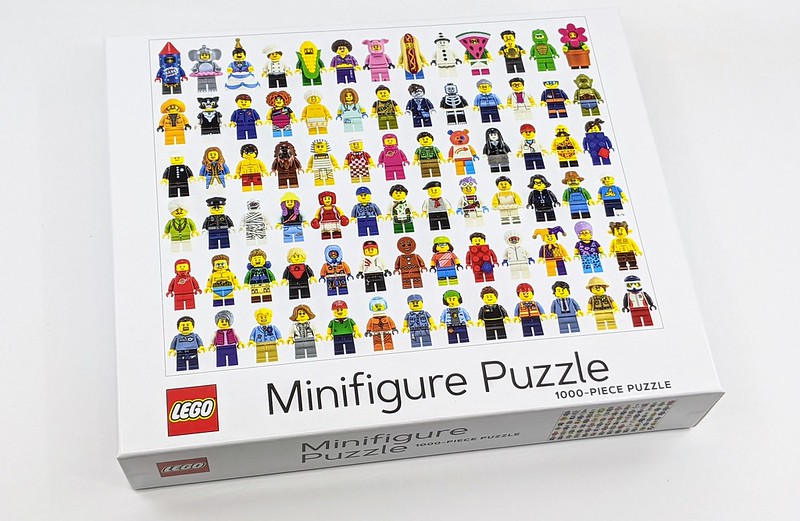 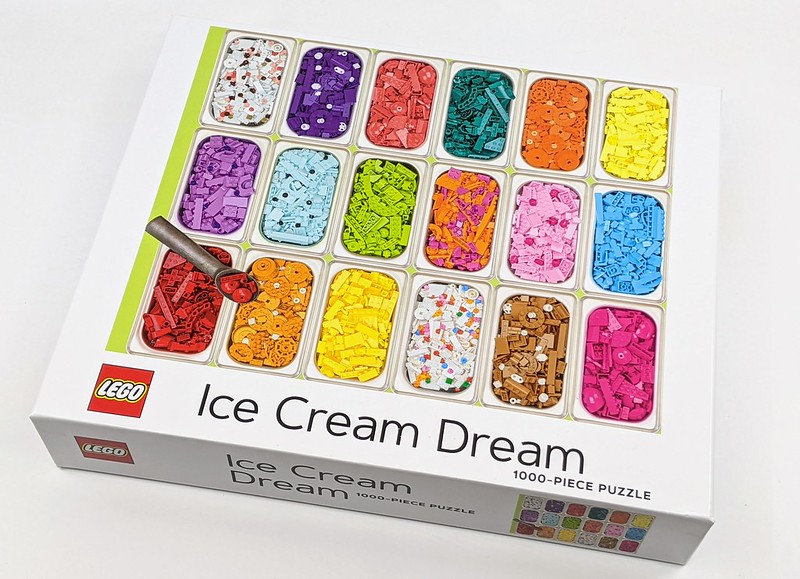 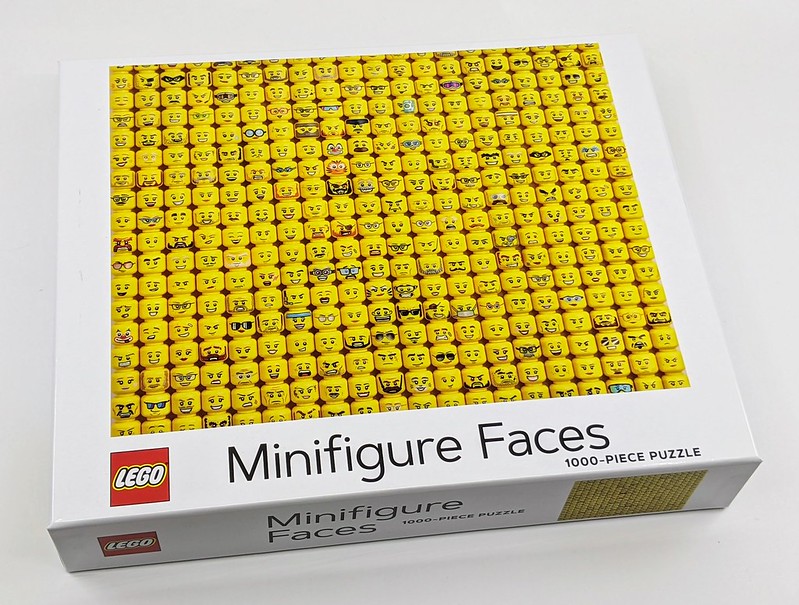 In addition to the puzzles, there are other LEGO-themed stationery items included in the newly released range. One is a Classic Space-inspired notebook, The cover features Classic Space Minifigures and inside the pages of adorned by silhouettes of Minifigures. 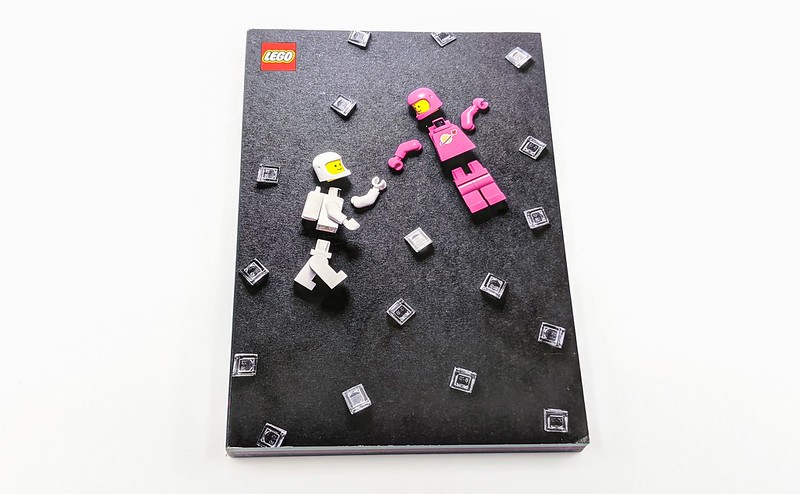 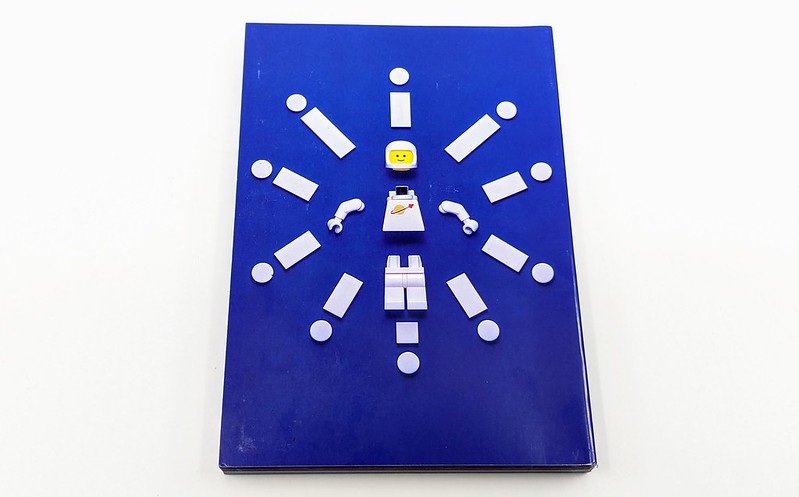 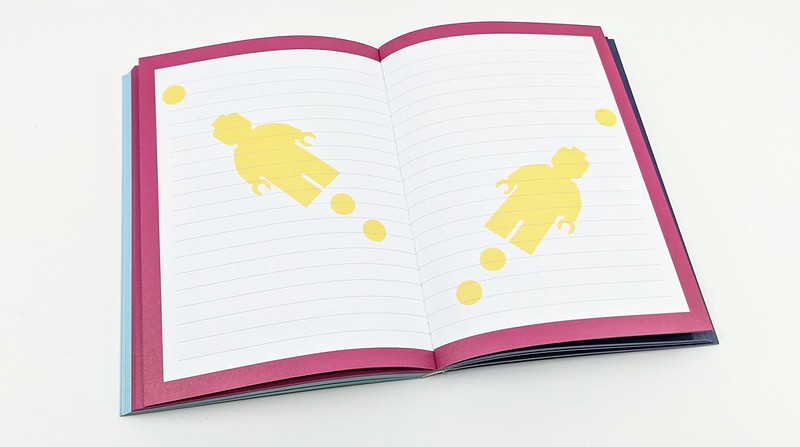 Finally, there is a LEGO Notecard pack. These include 20 small blank cards, each featuring a fun LEGO scene. You’ll find 10 different designs. These are great for dropping someone a simple thank you or marking other occasions. I particularly like the LEGO-themed envelopes and the scenes featured on the notecards feature that classic LEGO humour. 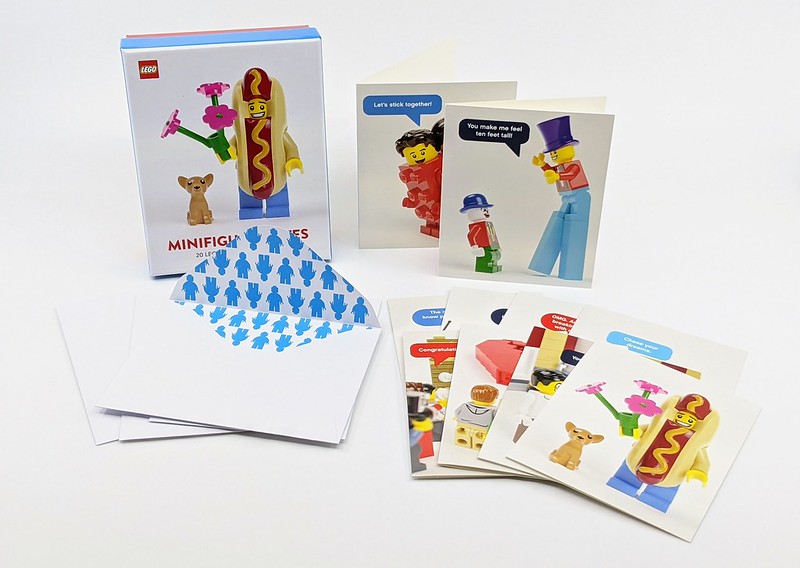 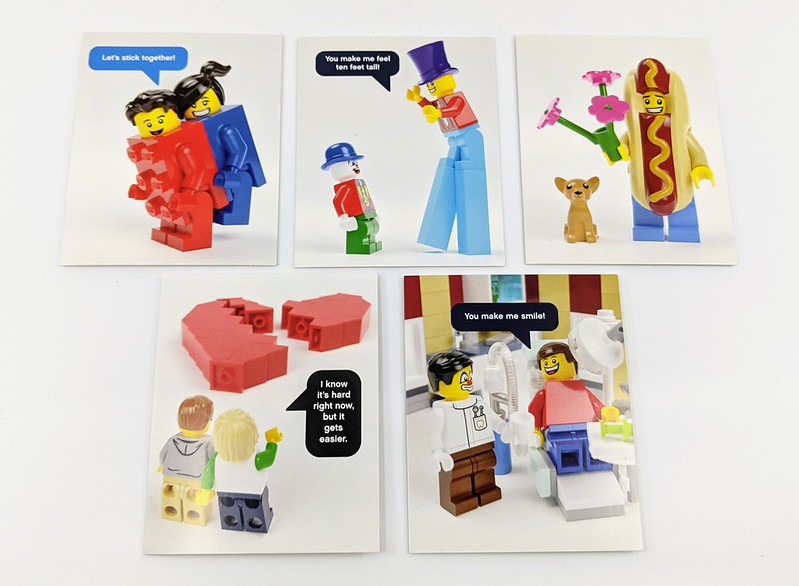 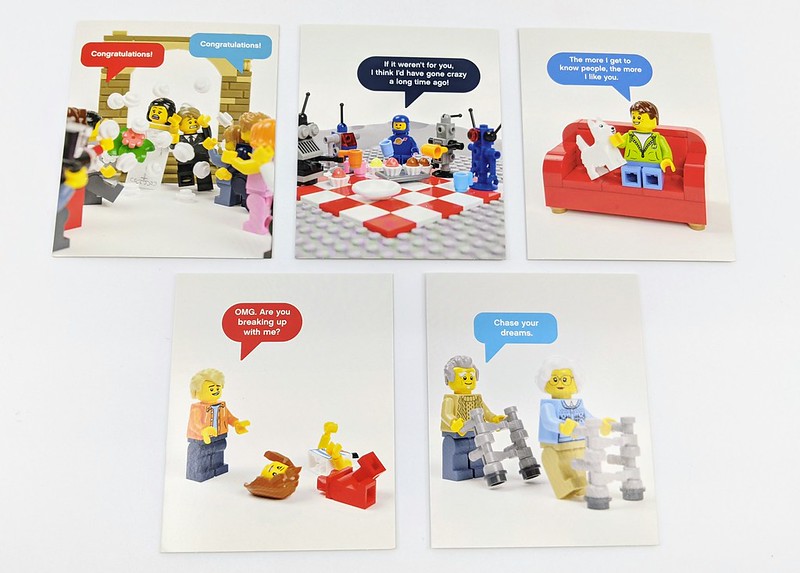 These re the perfect gift ideas for the upcoming holiday season. Buying LEGO for a LEGO fan is surprisingly difficult. But these goodies, in particular the jigsaws are a great alternative to bricks. I haven’t done a puzzle in years so starting on of these was great fun. I still think that Minifigure Faces one is a devious additional to the range, but if you want a challenge, you know which one to get. The new range of LEGO products from Chronicle are available now from Amazon and various other online retailers.

Thank you to Chronicle for supplying these items for review.